ATP- future exhibitions and smaller tournaments- interest in them. Will many pay and travel to see the likes of Medv?

So I started the thread about Wimbledon.
Mostly Federer and Fedal played the huge exhibitions.
Some people go to the 1/4 and semis just to see the Big 3.
Federer is more than tennis. A brand and legend. (like it or not. I do like him.)
However the ATP finals are going to be interesting but slightly less so because Nadal skips it and who knows about Novak. But still finals are finals and possibly good games.
When the big 3 play some tournaments the prize tickets go up. I have to be honest if I lived where the tournament is I'd go.
But to travel all the way to see Medv whom I like - I wouldn't go as far.
I'd have booked ATPs and RG already (some "normal tickets" and hospitality for one day) BUT with these events being on clay and because I have no idea if Nadal will play I won't just yet book tickets to Rome (been there several times already so the aspect of sightseeing is not the same), Barcelona (the same), Monte Carlo and RG (already went) because I'm not that invested in other players. I just hope you understand my point. Especially since the tickets with the best view are usually for sponsors and even hospitality tickets have a great view but not amazing-first front row. On my tv/laptop sometimes I have a better view
I'll watch, post, comment and everything but I'm not that interested in traveling. Anyone feels this way.

liriel said:
But to travel all the way to see Medv whom I like - I wouldn't go as far.
Click to expand...

Good news for those who like Bernie. He is currently playing a small tournament in Instanbul. Tix still available. 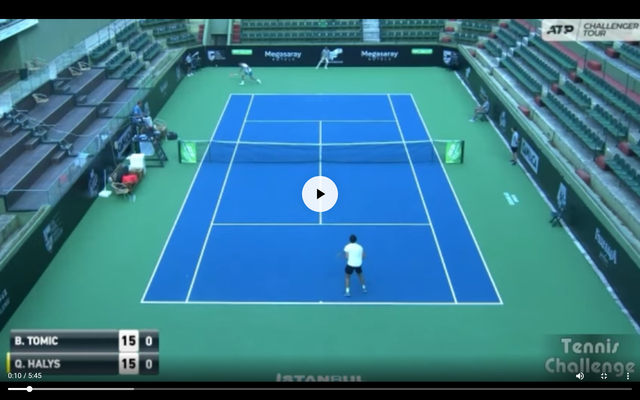 If people love tennis then yes.
if tennis has been hijacked by fan boys and girls then no.

I dont think anyone is going to pay in droves to see a slightly better version of Davydenko with just a better racket. LOL

Sampras-Bruguera 1993 said:
I dont think anyone is going to pay in droves to see a slightly better version of Davydenko with just a better racket. LOL
Click to expand...