The Baby schooled Thiem master, perhaps Massu harbors a feeling of vengeance everytime he trains Dom to play against Novak.

Massu was schooled by everyone. he want' very good

Massu fistpumping before the match started.

He wasn't schooled by Fish in the final of the 2004 Olympics.

He still does that before Thiem's matches start. What a legend

Mainad said:
He wasn't schooled by Fish in the final of the 2004 Olympics.
Click to expand...

Forehanderer said:
He still does that before Thiem's matches start. What a legend
Click to expand...

Thiem should implement this everytime he leaves the chair. This should trigger feelings of vengeance when playing against Novak.

Jonesy said:
Thiem should implement this everytime he leaves the chair. This should trigger feelings of vengeance when playing against Novak.
Click to expand...

or it could trigger memories of massu's bagels and breadsticks within him. The dark side is a sword that cuts both ways. 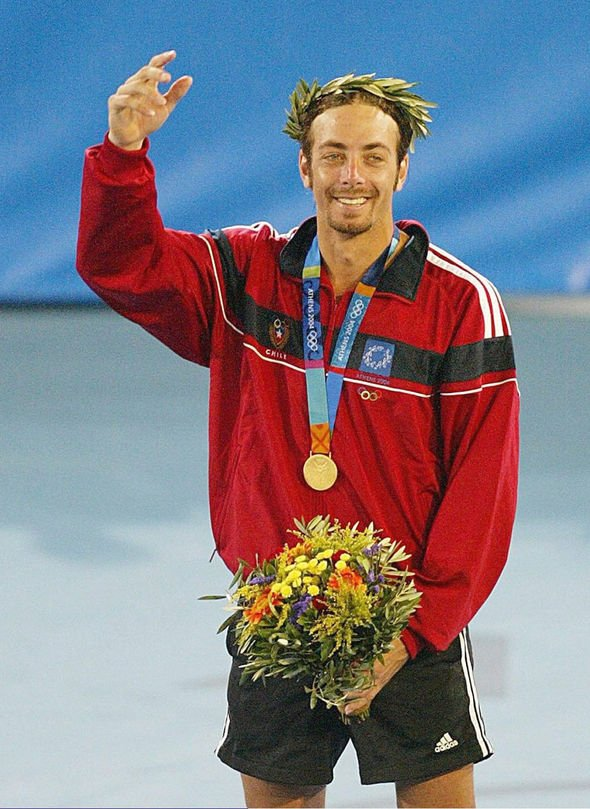 that olympic was different', none of the top players wanted to play and massu got a cakewalk draw
G

Massu was a real fighter and warrior during his career, and he took part in so many marathon matches, though this demolition of course didn’t exactly meet that definition ! In fact at the polar opposite end of the scale to his compatriot Rios, it appeared that he over-worked and over-trained at times.

In terms of his Olympic gold medal in 2004 (of course it was a golden double), I’ve never really understood why it has been derided in the past. The world no. 1 and 2 players Federer and Roddick were both in the draw, both took the tournament very seriously and were really keen to win the gold medal. I remember interviews from both them of talking excitedly about the Olympics much earlier in the year - Federer had happy memories from Sydney in 2000 meeting Mirka and reaching the semis and Roddick was very patriotic. They were both pretty gutted that they lost - Federer called his defeat to Berdych the most painful of his career at that point in time, and Roddick said his defeat against Gonzalez was much tougher to get over than losses at regular annual tournaments. It's not Massu's fault that they both lost early on and didn’t get far enough to play him !

I would have much preferred the bronze medalist Gonzalez to win that singles gold medal instead of him though ! I wasn’t a big fan of Massu’s slow play and delaying and stalling tactics over the years.
Last edited: Mar 29, 2021

Bring back those Barricades, please.

Not an uncommon occurrence in the baghdatis, triandyphillidis, economidis, bogdanovic era to feel a certain sense of relief upon seeing which drunk was across the net and start a premature celebration. Alas, poor Massu thought this youngster Djokovic was of the same breed.
You must log in or register to reply here.
Share:
Facebook Twitter Reddit Pinterest Tumblr WhatsApp Email Link
Top