It would be great if everyone could carry on this list with other string copies/cheaper alternatives e.g. multi, natural gut etc.
Last edited: Jun 20, 2020

The only thing similar in your pairings is the color...
So, let's add
Luxilon 4G == Powerti Alu
S

Haven't used any of the Pro's Pro strings, but Volkl Cyclone is not like RPM Blast. They don't even feel the same when stringing them.

It is marketing. String manufacturers make strings under an NDA. While shape and color may appear to be the same, there is no certainty that the string will play the same. NDA ensures that the chemical composition and post processing of the string remains proprietary. Sometimes the strings have VERY different playing characteristics while at other times, they play the same for different periods in their life cycle. If you are looking for similar strings, you need to trial as part of the research.

Steve Huff said:
Haven't used any of the Pro's Pro strings, but Volkl Cyclone is not like RPM Blast. They don't even feel the same when stringing them.
Click to expand...

-agree with ^^ statements
-100% agree! with @esgee48 e , only similarity/approximation is the color
-there is also now the common practice of "rebranding"
-but this seems to happen at lower price point strings mainly; strings from china, Thailand, Germany, im sure there are more
-the higher end strings, either have legal protection and/or make their own (which is hard to copy)
-as per the list from the OP, I've used most of them, (not all) but all i have tried are different
-the lower end strings are always gonna compare themselves to better brands to attract people, but they are not the same
-the strings i haven't tried are v.cyclone and T.BHS; but i have handled v.cyclone ,(while stringing) and can tell with high certainty, that b.rpm is not the same as v.cyclone
-i do like topspin cyber flash (one of my favorites), and just by color comparison, i can see a difference;
-BTW. color does impact the string feel 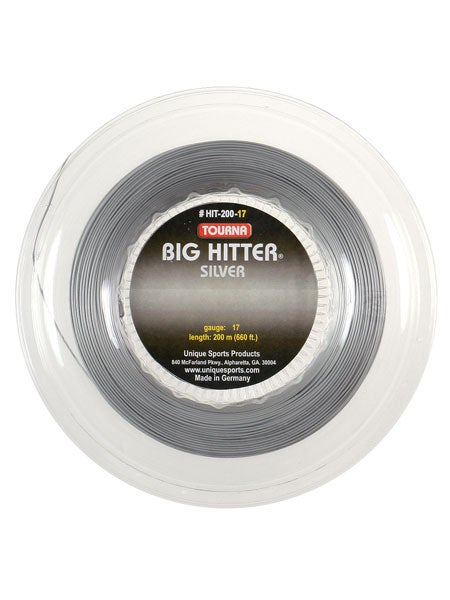 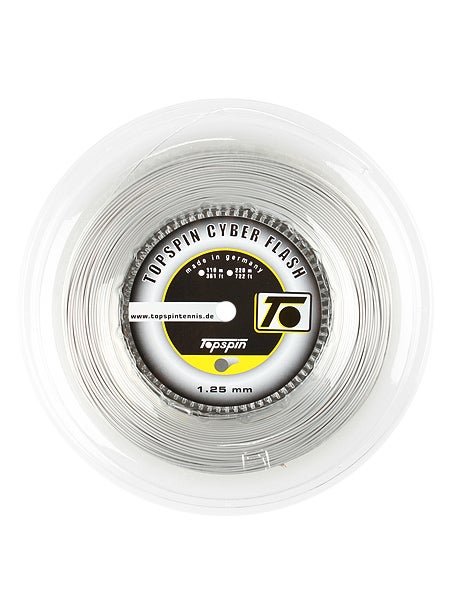 Steve Huff said:
Haven't used any of the Pro's Pro strings, but Volkl Cyclone is not like RPM Blast. They don't even feel the same when stringing them.
Click to expand...

-i used them often "pros pro"
-give them a try sometime, they will surprice you how good they feel
-they are every bit as good as their $5/pak price point allows them to be, no more
-if you are not a string breaker, then these are very comfortable, "feel good" strings, that come in different colors/shapes
L

looking for copies of string is absurd in my opinion.

it's like saying that a wilson burn is a copy of a pure drive babolat. it doesn't look like it, you can tell them apart at a glance.

beyond that, I find the term copy absurd !.
I would prefer alternative..with all the nuances that that implies

in this sense, I find that there are so many strings of such a good level at so cheap, that I find that it is useless these days to buy a poly at more than $ 10. there are so many great things below this price, which can come close to such good strings ... that we are talking about luxilon, babolat or any other string!

at the multi level it's something else. the technology is different, the cost is different. and to approach or find an alternative to bi-phase tecnifibre, NXT, TGV or xcell ...
it exists, sometimes much cheaper. and not necessarily worse. (I played last week full bed of isospeed professional, bought at 9.80 €, well I think it is worth much more than bi-phase, tgv or nxt! .. which cost almost twice as much.

for me, as soon as a multi approached price of a natural gut it has nothing to do.

and finally, I learned that sometimes you should not read what is said of some alternative strings .. I think that given the price of some star alternative, you have to try! .. as soon as a string is below $ 7 you have to make the effort to try.

at random, I would quote: signum pure plasma and original plasma, weiss scorpion and silverstring, kirschbaum evolution, max power and competiion, genesis black magic, yonex poly tour tough and pro, mantis power poly ... in poly .. I would not quote not even Pro's pro, which in my opinion has a dozen strings that would easily compete with premiums and suit 95% of players, I think.

^^^^ I totally agree with your sentiments. I usually test a bunch of new-to-market strings every few years at different tensions in same frames. I have come to basically the same conclusions, that there is not that much new. The stuff may start off feeling different, but eventually (too frequently, it is very soon < 1 hour), they feel the same.
L

I think that the technology of the strings has arrived at a time when the evolutions are so as little visible that it becomes more a choice of color, of shape .. than of really special characteristics.

for me, we had: plasma, which for me was a real revolution, it is not for nothing that it has always been an absolute reference for almost 15 years, we cannot not mention blast, even if I do not like it. weiss, and his silverstring, and scorpion as a topspin cyber flash, which in my opinion are safe values, which play as well but longer than alu BBO, then, striking, there was the kirschbaum and their technology factory pre-stretch, solinco, with Tour-Bite and Hyper-G, in poly, I think this who exists then, only if micro-evolutions of this small list, we could add in my opinion isospeed, and cream, which really has a special softness for a poly.

after, I remember 625 TGV in the 90s, all that is multifilament since are in my opinion only evolutions of this mythical string, luxilon element, with its multi-poly technology ... and for me are opposite, the poly-multi from weiss: the 6starstring, the origin, from babolat, a mono without polyester, ashaway, and its peek, stil in black strings, and its hybrid strings that are the X-10 and X-12 .. but after?..

but after? In my opinion, these are only variations in gauge, color, profile ... of treatment which adds a little more or a little less flexibility, a little more or less tension stability, comfort, power, control. but frankly, nothing very revolutionary ..

next year, my classic setup will be: mantis synthetic comfort black and polyfibre hightec yellow 1.10mm on my radical tour bumblebee .. the same multi with dyreex whisper blue in 1.25 on my pro tour 690 ... and it will be all good. .

if I had chosen prince tour ltd (white that I like), it would be a multi white, perhaps a yonex multi sensa white and a pure plasma in cross ...

I think that up to a certain level (for me when we start playing ATP or WTA), a lot of strings are rolling and playing so close that it is difficult to have a firm opinion on this or that string .. and everything is a choice of color, shape, feeling with this or that brand...

.
I want my cheap strings to look cheap also!
I don't want them to look alike the branded ones!
My choice is not (only) about the reduced cost.
Mainly it's about the consumer's revolution!