Djokovic Has A Guru (article, w/pictures) 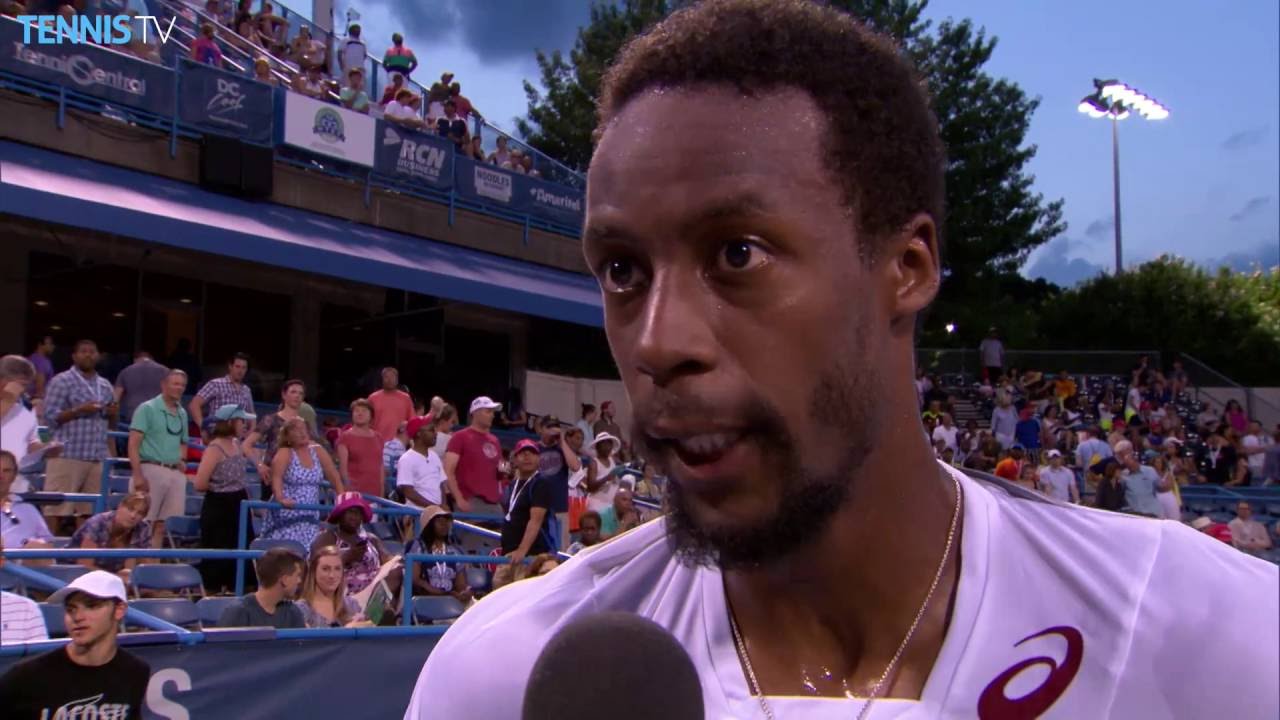 "Pepe" has taken on a dark and nasty turn here in the States...hopefully he's killed next Tuesday Uncle Toni under cover, no wonder we haven't seen him in a while

I'd never heard of this guy before today, but he seems a little... odd.

I thought it was Ferrer for a second

Rafa the King said:
Uncle Toni under cover, no wonder we haven't seen him in a while
Click to expand...

it's always Uncle Toni ... a good answer to many questions

marc45 said:
I thought it was Ferrer for a second
Click to expand...

Monfils might feel betrayed, why would Novak need some Pepe Guru when he has a few sessions with the greatest one on the court each year...

The Daily Fail says a lot of things. Is this one actually true?

My dad was in the same class as the doctor who diagnosed Djokovic for celiac disease. Hi is into all sorts of alternative medicine... Next thing you know, Djokovic will join the Church of Scientology.

He's a stone cold killer not a yogi. what is he thinking he needs to go back to this mode

AnOctorokForDinner said:
The Daily Fail says a lot of things. Is this one actually true?
Click to expand...

that's what I hear, don't have a handle on all the British press..but those pictures

Guru's Twitter account...has only a few more followers than me!..I may have a new profession

and his website...the Djokovic stuff is on there

And it's official. He has finally lost his mind. Walking hand in hand with goop, Gwyneth Paltrow is his new bestie! Idjiot!

here's one...I think Novak's brother is in it

He should become a disciple of Baba Ramdev

sureshs said:
He should become a disciple of Baba Ramdev
Click to expand... 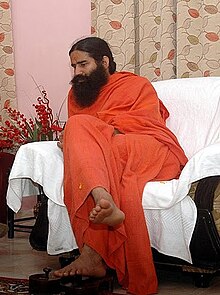 Dare we hope he shows up for a match barefoot?

when Rafa retires next year, Uncle Toni is Novak's new Spanish coach...TT explodes into a fiery hell, never to be heard from again

what's this guy thinking about it? marc45 said:
Novak Djokovic hopes 'love and peace' can return him to his imperious best as world No 1 turns to ex-journeyman player and spiritual guru Pepe Imaz

What a load of garbage, people fall for this crap ?? This "guru" is obviously cashing in on people's weaknesses and stupidity.

Krish872007 said:
Possibly an older version of Lopez in that first pic based on the hair style
Click to expand...

No it's David Ferrer, look at his jawbone.

another Spanish guru, Guru Rafa, has always disagreed with this method...


"I learnt during all my career to enjoy suffering, and these kind of matches are very special,” said Nadal. “You don’t have the chance to play them every day."

“So when they happen you suffer, but I really enjoy these moments. I really enjoy suffering, because what’s harder is when I was in Mallorca last year and I had to watch these matches on the TV.” the S & M Art of Tennis, by Rafael Nadal (the anti-Pepe)

seriously, will be fun to see the answers other players give to the "peace & love" approach when asked..which they will be these next few weeks

DUuuuude. Has Djoker forgotten who the hell he is? He's the ***** world number one! People should be looking to him for guidance and inspiration, not the other way around! He needs to remember his station in life. I'm not saying to hell with humility, but good grief, I want him to get back to embracing his former self... you know, the one everyone called Ultron? And yes, he's looking frail these days. Does this new age stuff involve starvation? I want him to be hungry again, but dang, not for food, for more majors!

disgruntledamsel said:
DUuuuude. Has Djoker forgotten who the hell he is? He's the ***** world number one! People should be looking to him for guidance and inspiration, not the other way around! He needs to remember his station in life. I'm not saying to hell with humility, but good grief, I want him to get back to embracing his former self... you know, the one everyone called Ultron? And yes, he's looking frail these days. Does this new age stuff involve starvation? I want him to be hungry again, but dang, not for food, for more majors!
Click to expand...

majority of the new age stuff I see focuses heavily on Fasting. so maybe he's skipping breakfast and lunch lol

he has warm water for breakfast if I'm not mistaken...I've been saying he's looked so thin for a while now, but he kept winning, so...

from 3 years ago, but has the same feel 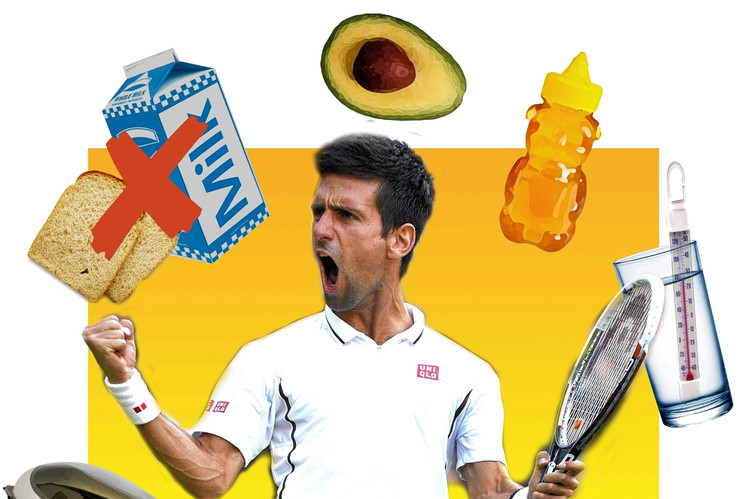 As Novak Djokovic climbed from a distant No. 3 to a convincing No. 1 in men's tennis over the past few years, he gave a lot of credit to a new gluten-free diet. He was also famously outed by this newspaper during the 2011 U.S. Open for his devotion to the benefits of sitting inside a pressurized egg-shaped contraption called a CVAC.

But in a new book that will be released next month, Djokovic reveals much more about the diet and regimen he follows—details he has, until now, kept quiet.

It offers a rare look into the mind of an elite athlete who has climbed to the top of a brutally competitive sport during one of its most competitive eras.


It also confirms something many tennis fans have long suspected: Novak Djokovic is a decidedly unusual fellow.

Want to roll like the world's top men's tennis player? Start by drinking loads of warm water all day long, as well as shakes made with pea protein concentrate. Avoid dairy and stay away from alcohol during tournaments. Eat lots of avocados, cashew butter and very little sugar. Banish caffeine, other than the occasional energy gel bar before matches. Be sure to get seven to eight hours of sleep a night, meditate, do plenty of yoga and tai chi, take melatonin supplements, hook yourself up to a biofeedback machine that measures your stress level and, when you have a free moment or two, keep a diary. Feel free to unwind with a cup of warm licorice tea.

In the book, Djokovic reveals one of his heretofore unknown obsessions: manuka honey from New Zealand. This expensive and tasty variety of honey comes from bees that feed on New Zealand's manuka trees—a dense-branched genus of shrub that can thrive in soil so depleted of nutrients that little else grows in it. "The first thing I do out of bed is to drink a tall glass of room-temperature water," Djokovic writes in "Serve to Win," which is scheduled for release by Zinc Ink, an imprint of Random House, on Aug. 20. "The second thing I do might really surprise you: I eat two spoonfuls of honey. Every day." He says he also eats it during matches.

Dr. Peter Molan, a professor in biological sciences and a manuka honey expert at the University of Waikato in New Zealand, said the honey is known to have "exceptional" anti-bacterial properties, but that it's mostly used on infected wounds. He said he didn't think eating it would do a tennis player a lot of good. "A whole large jarful would get diluted too much by your system to be effective."

Pro athletes—including many, many tennis players—are well known for their quirks and compulsions, both on the field and off. Djokovic doesn't have nearly as many of these as Rafael Nadal, whom Djokovic calls "a ball of nervous tics and superstitious rituals."

Djokovic describes himself as more of a 26-year-old new-age wanderer. "The great gift of tennis has been the opportunity to travel," he writes. "It has allowed me to open my mind to what other cultures have to offer."


In the book, Djokovic says he drinks mostly warm water because cold water slows digestion and "diverts blood away from where I want it—in my muscles." He reveals perhaps a bit too much about his ideal hydration level—"I like to have a bit of color in my urine"—and tells of his first encounter with chocolate after a year-and-a-half hiatus. He ate some after he beat Nadal in the 2012 Australian Open final, which lasted nearly six hours.

Djokovic credits his transformation to Dr. Igor Cetojevic, a "skinny, grayhaired, mustachioed" Serbian nutritionist living in Cyprus. Dr. Cetojevic persuaded the tennis star to give up gluten by administering a simple test: He told Djokovic to put his left hand on his stomach, hold out his right arm and resist as the doctor pulled down on his arm. Then Dr. Cetojevic gave Djokovic a slice of bread and told him to hold that against his stomach and repeated the test.

"This seemed like madness," Djokovic writes. "And yet, there was a noticeable difference."

When an enzyme-linked immunosorbent assay (ELISA) test showed Djokovic had a strong intolerance to wheat and dairy, he went without gluten for 14 days and felt great. Then the doctor asked him to eat a bagel. "I felt as though I'd woken up with a hangover," he writes. Djokovic swore off gluten for good and ended up losing 11 pounds. He says he feels faster, more flexible and better able to concentrate.

Since he started his new diet, he writes, "My allergies abated; my asthma disappeared; my fears and doubts were replaced by confidence." He adds: "I have not had a serious cold or flu in nearly three years."

The book isn't all about diet and recipes. It's also part biographical: The Serbian-born Djokovic, who lost to Andy Murray in the Wimbledon singles final earlier this month, briefly recounts fleeing to a concrete bunker as a child when an F-117 bomber—"its great metal belly opened directly above me"—passed overhead during the NATO bombing of Belgrade.

Djokovic also discusses his devotion to the teachings of Eastern medicine and philosophy. One of his favorite demonstrations, he says, involved a researcher and two glasses of water. The researcher shared positive energy with one glass ("love, joy, happiness"). He shared negative energy with the other and swore at it ("anger, fear, hostility"). After several days, the negative water was tinted green, and the positive water was still clear.


"Sounds crazy, right?" Djokovic writes. "But to me, that test is proof that every single thing in the world shares the same kind of energy—people, animals, the elements, everything."

One thing that's not in the book: any mention of his affinity for the CVAC pod, an airtight chamber that manipulates air pressure, temperature and density and is used by athletes to aid in their recovery.

Djokovic will use special forces to dominate for years to come.

He is a covered JEDI.

Umm, I wonder what's that supposed to mean because it isn't saying hug who, so its a open thought, with potentially two or more options (Cough.. Cough.... Deepika... Cough.... Etc..)

This is NOT GOOD. Like trying to turn a lion into a vegetarian.

I will say this, as a Novak fan. If he continues with this nonsense, his career is over. Imagine ending a career, not from any serious injury, but by a "guru". I really can't get over this news. Unbelievable stuff. Probably the greatest player in the history of the game (in my book anyway). The most complete player ever. A coaches DREAM player. The tennis TERMINATOR. Brought down by pseudo self help claptrap.

And by the looks of things, he is letting Becker go. Becker's latest tweets/facebook posts show some sort of rift between them.

I'd respect him more if he quit here.