Djokovic part of The Famous Five

By winning the first three slams of the season, Djokovic has already joined an elite group of tennis players. Only four other players in the history of the men's game have reached the final major of the season with a shot at completing The Grand Slam.

The Famous Five are:

It's interesting that both men who failed to win the Grand Slam lost in the final (Crawford was 2-1 up). It must have been an agonising defeat.

Will Djokovic join Budge and Laver as legends, or will he join Crawford and Hoad as nearly men?
Last edited: Aug 22, 2021

Djokovic will fit perfectly into the category "close but no cigar"

Sorry_to_tell_you_mate said:
Djokovic will fit perfectly into the category "close but no cigar"
Click to expand...

Oh they'll be a cigar 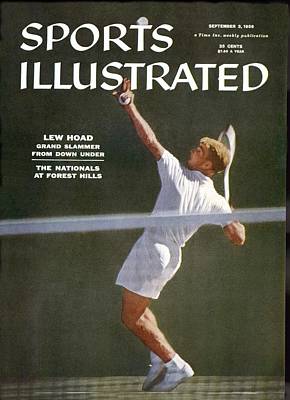 Curious why Hoad never won a slam after he turned Pro, 7 lost finals