Has a high ranked tennis player used a Dunlop racket since early 2000s Wayne Ferreira?
I think Haas did for a couple of years but went back to his old Head

Davydenko got a deal with Dunlop, but just when he broke his wrist in 2010, iirc, it happened when he had a fall over his wrist in Rotterdam, and it was the end of his career as a top player

Highest I can think of would be Berdych
A

2 Major finals and #5 ATP with a Dunlop/Srixon

Muaresmo. Berdych. Phillipousis. Blake. They had a pretty good stable of players after Wayne.
S

Thomas Johansson won Australian open in 2002 with a Dunlop

Ive been searching old posts on this subject and it seems many dunlop pros used a wilson 6.1 mould without the pws bumps. Couldn't Wilson sue them for that? Or was it a non identical rip off? And was that for sale for normal people or only for pros?

The CAPs were kinda hard to hide!

Was looking for Tommy Robredo. His was a clone of the Wilson 6.1 16x18 though. Not a real Dunlop.

HitMoreBHs said:
The CAPs were kinda hard to hide!
Click to expand...

Word is that he smashed all of his ''Dunlops'' in a hotel parking lot then ditched the paint job.
A

Dunlop did a clone of the 6.1 for Robredo (called option 2C) like many brands did (at least, Slazenger, Donnay and Tecnifibre did 6.1 clones) but that doesn't mean it's not a Dunlop - if it was a 6.1 painted like a Dunlop it would be a different thing.
The option 2C (like the Slazenger Pro Braided) doesn't have the PWS blocks. It's a 6.1 version by Dunlop, but still a real Dunlop
By the way, copying racquets from each other it's a common thing among tennis brands. Think of Wilson's H22 and H19 pro stocks, both are clones of Head racquets.

Antónis said:
Think of Wilson's H22 and H19 pro stocks, both are clones of Head racquets.
Click to expand...

Which Head frames?
A

well more than a clone, its an attempt to produce something similar. H19 has a 97 sqin head and h22 has 98 sqin head, while both prestige and radical at the time had 95 sqin head.

Exactly, they all copy each other. When companies court pros, they offer money and a frame they are used to. Even Babolat make 64RA PD's and APD's for their pros etc. Otherwise their arms would be destroyed.
A good example is everyone showing love for the new TF Iga stick. Until she was offered money, she used a relatively unadulterated Prince that anyone can buy right now. And her personal TF is likely modded to be more like that stick than the one you can buy. But marketing is marketing...

My Prince 98 Tour has the throat of a Prestige and the hoop of the Radical. A good combo.

Also, I think Robredo never actually used a 6.1 95 did he? He just ended up with a Dunlop that was similar. I thought he grew up playing a Dunlop Revelation.
D

Last time I really paid attention to Dunlop was around 2003 i think when they released the Hotmelt 200G and 300G.

They had Mauresmo and Blake promote the 300G and Haas for the 200G.

The Muscle Weave 200G is a beautiful racquet. 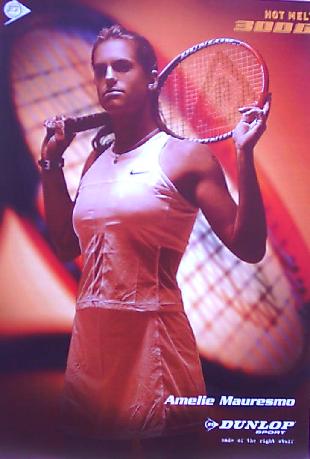 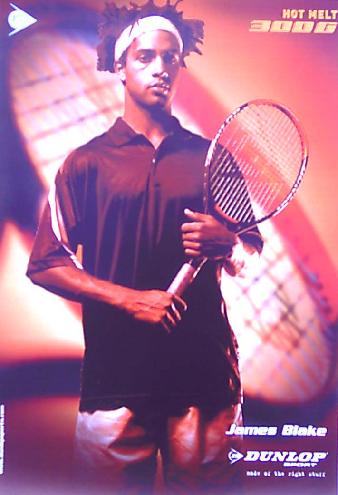 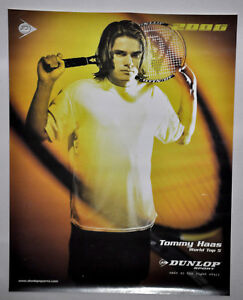