I Stand By Roger: Flight of the Golden Eagle of Victory

Watching this event and not believing my eyes when God Laver - in perfectly ironed shorts!!! - appeared on the court to warm up Roger.....

Watching them hitting there, two GOATs, in the very God Laver arena, I swear I was looking exactly like this : :shock: :shock: and then beaming like this :grin: :grin: - with teary eyes. 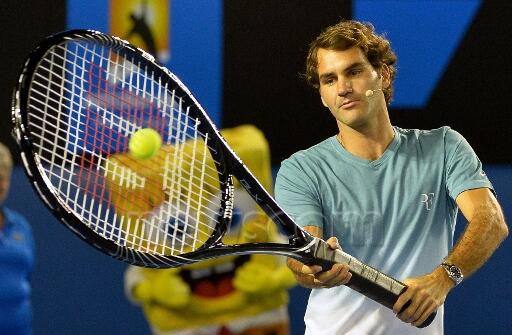 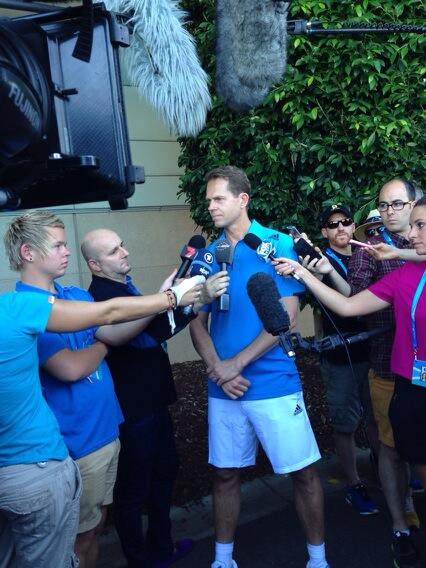 Was GOATing on the A train earlier and I thought about Rogi and the impending birth of baby Robert Federer II and I prayed to the Golden Eagle that Mirka shall deliver a healthy GOATlet from her most preschious perfect warm womb. I then thought about GOATberg and how Basalt Crystals and hard work will destroy evil Boris Chia Headed Uncle Cortex Toni.

Stage II of Project XVIII in Hisense...The Rocket must be offended by this callous oversight!

JoelDali said:
Was GOATing on the A train earlier and I thought about Rogi and the impending birth of baby Robert Federer II and I prayed to the Golden Eagle that Mirka shall deliver a healthy GOATlet from her most preschious perfect warm womb. I then thought about GOATberg and how Basalt Crystals and hard work will destroy evil Boris Chia Headed Uncle Cortex Toni.

Sir, your eloquence is surpassed only by your creativity.
F

JoelDali said:
Was GOATing on the A train earlier and I thought about Rogi and the impending birth of baby Robert Federer II and I prayed to the Golden Eagle that Mirka shall deliver a healthy GOATlet from her most preschious perfect warm womb. I then thought about GOATberg and how Basalt Crystals and hard work will destroy evil Boris Chia Headed Uncle Cortex Toni.

So good. The feels. The sexiest.

A brighter version of this epic moment.... Too Hot To Handle....

May GOATBerg(tm) continue to show Rogi the mysterious ways and intricacies of the Basalt Crystal injections and neo-methods of post open-era attack style tennis.

He clasps the Basalt secret stealth black weapon of war with perfect hands; Close to the sun in Aussie lands, Ring'd with the azure world and Mirka's liquid milky manna from Heaven, Rogi stands.

The wrinkled surface beneath him crawls; The GOATboy watches from his Basel walls, And like a thunderbolt he descends down the valley and GOATifies us all. Love the aura that SMCRogi has right now

Amazing. Stefan looks as if he just retired. Looks great.
Becker looks pretty out of shape.

after many years of alcohol and sleeping pills addiction (admitted), and probably cocaine (not admitted, but the sleeping pills are typical of related coke addiction), that's the face you get, sadly.

Fedberg Express on cruise control vs Murdl today! So Sexi, so ElegantEagle was he was in making Scottie look very ordinary.

Now on to conquer the MallorcanMisfit and restore BeautifulTennis to its rightful place in the finals of OzFest '14, hopefully vs Prince Stanislas. AllSwiss, all the time!

Allez Rogi, Allez BOTE! Project XVIII is within our grasp!

If seeking Da Man get to the final doesn't inspire Fed, I don't know what will.

JoelDali said:
I pledge allegiance to Rogi running free and soaring high on the Golden Hawk of pure sexi master best class with fair breasted Mirka by his side he is the ultimate tennis hero for all Talk Tennis forum members and general Internet tennis enthusiasts.

you are a weird person

All power to the phasers.

Give me everything you got, Scotty!

Halfway there to a beautiful SwissSunday!

I woke up this morning, I feel like getting one of those "Ever Fail...Fail Better" tatt.

Fell asleep last night while clutching my Borg Pro '81 model with Fairway grip thinking about Rogi and Stefan and about GOATborg and how the Swiss Swede Soup is going to spray all inhabitants of the earth with copious GOATjuice and capture......The Wimbledon.

Loving Roger more than ever.

The Boy from Basel has only just begun. To GOAT. To CONQUER.
A

Let's kick it up another notch, BAM! 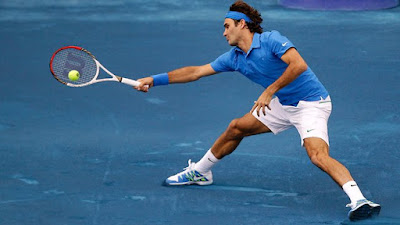 Was Basalting pretty hard at a party on the Hudson River yacht Windmere last night with some premier 4.0 GOATs and I was wearing the Rogi Cinci players elite socks and I thought about how the Eagle has survived generations without air conditioning and centralized heating but still survives cold winters without Rogi socks.
Last edited: Feb 2, 2014

"Nobody in men’s tennis has held the No. 1 ranking for more weeks, or with more dominance (or for that matter, elegance), than Roger Federer has.

On Sunday, Federer and his legion of die-hard fans celebrated the anniversary of the Swiss maestro’s first day as the World No. 1, which came way back on February, 2, 2004, just after Federer had won his first Australian Open title.

Who knew back then that Federer would embark on a ten-year journey that would see him break tennis’ all-time Grand Slam titles record as well as reach 302 weeks at No. 1?

Even those that were charmed by the mystique of Federer’s regal, resplendent game surely couldn’t have predicted such mind-boggling success.

To mark the anniversary, let’s look at a few of Federer’s accomplishments since he first claimed the No. 1 ranking:

Here are the Grand Slams that Federer has won while not ranked No. 1:

Federer holds a remarkable 135-12 record while playing Grand Slams at No. 1. When he isn’t ranked No. 1 his record is still remarkable, but a little more human at 130-30.

Federer has achieved five year-end No. 1 rankings during the time since his first No. 1 ranking, and he has been ranked No. 1 in eight different seasons.

A pretty impressive round of achievements for Federer, and certainly worthy of celebration on this the ten year anniversary of Roger’s original coronation. "
C

I logged on to YouTube tonight and under the site's recommendations was one of Rogi practicing at Cinci. ( http://www.youtube.com/watch?v=wTjBXVQyiwg )

Also, the site recommended two other Federer videos, an '80s-era U2 music video, a cute cat and its inevitable antics and a compilation of the best homoerotic moments from the MTV series "Teen Wolf."

Other than suggesting this GOAT YouTube robot knows me way too well, I have hope that it also happens to be a member of the BOTE and is spreading the good Eagle's word across the Internet's pre-eminent video site. Happy BD, JD! So soon after VD, do you get heart-shaped boxes for presents from the GFs???:twisted:

stringertom said:
So soon after VD
Click to expand...

The inner ten year old in me couldn't resist!