This week is the first week ITA rankings were done by computer. I believe rankings were based on top 5 wins but included all loss points. https://www.wearecollegetennis.com/2021/03/24/oracle-ita-division-i-mens-team-rankings-march-24-2021/ Usually by this point in the season, the top 7 wins would be included. Some big differences between this first computer list and the last coach poll 3/17 https://www.wearecollegetennis.com/2021/03/17/oracle-ita-division-i-mens-team-rankings-march-17-2021/ SEC and Big 12 teams are ranked considerably higher on computer list than coach's poll while Big10 and PAC12 have dropped. The SEC has 8 teams in top 25 on computer list-actually 7 in top 13 and Big 12 has 3 in top 7 and the remaining 3 teams in top 25. If teams are only playing in conference, SEC and Big 12 have big advantage to earn high point wins.

On computer list, the highest Big 10 teams are Illinois (14) OSU which has dropped to 16 (think team was 5 preseason) with Michigan dropped back to 25. Since the rest of Big 10 is ranked much lower, these Big 10 teams have no chance to catch up to SEC and Big12 teams playing only conference-they wont have big point wins for the remaining weeks. This may be the first year in ages there is no Big 10 team in top 16-that could happen if ITA goes entirely by computer ranking-maybe they will tweak it to allows in a Big 10 team. PAC 12 has similar issues but conference team levels dont drop off as much after top 3 like Big 10 plus Arizona and Arizona state are ranked higher than UCLA and Stanford now. Highest ranked PAC12 team USC at 15 with Arizona state at 17-UCLA and Stanford arent even listed in top 50. Michigan has dropped from 8 last week in coach poll to 25, while UCLA dropped from 23 to outside top 50. Click on the link to see all the MM teams ahead of UCLA and Stanford including Liberty and Northern Illinois. Will be interesting to see if the computer rankings are tweaked in future weeks.

I think they only nonconference matches that could help teams outside SEC and Big 12 is Stanford vs TCU but it is very unlikely than Stanford will win. If I look at top 7 wins, OSU drops to 20, Illinois to 22, and Michigan to 30. It is ironic that 2 of the top 5 preseason teams

To see current top wins and losses, this is a great site http://collegetennisranks.com/rankings/projected/d1m

Thanks for putting this together jcgatennismom; it's nice to see some analysis here to the current state of rankings and what to expect. I'm typically not one to put too much weight into rankings (especially early ones), but I can't deny there was some head scratching on my part. With the current schedules, it's difficult to see how these rankings will normalize throughout the remainder of the season.

Looking forward to filling out my bracket this year
A

Unusual move today. DI rankings that were to be released today have been pushed to tomorrow.
J

andfor said:
Unusual move today. DI rankings that were to be released today have been pushed to tomorrow.
Click to expand...

ITA put out press release they will be releasing Computer and Coaches Poll alongside each other.
Makes sense since alot of West Coast Teams and Northern Teams have played very limited schedule, so Computer is probably a little skewed. Will be interesting come April 16th.
A

Rankings are out. Strange results and a little off from what I anticipated. Maybe I shouldn't be suprised as @JLyon mentioned yesterday the computer is probably skewed.

Looks like Arkansas messed things up by beating UT among other oddities. 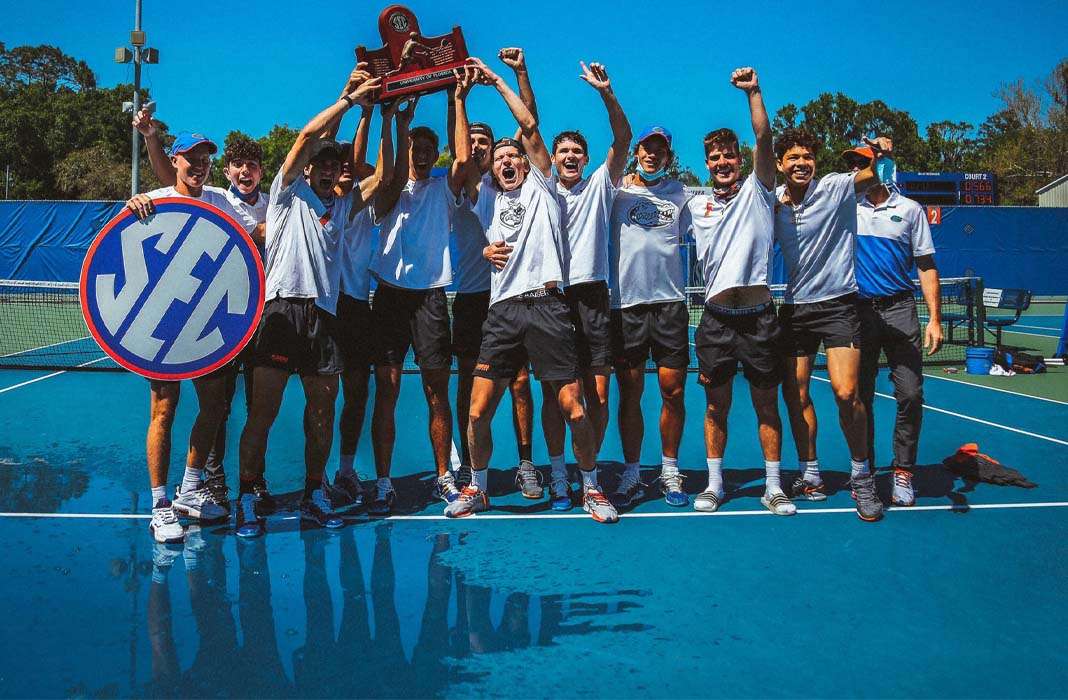 The Intercollegiate Tennis Association (ITA) will only publish the ITA Computer Team Ranking Top 50 as well as the ITA Coaches Poll Top 50 on Wednesday, April 7, 2021.

andfor said:
Rankings are out. Strange results and a little off from what I anticipated. Maybe I shouldn't be suprised as @JLyon mentioned yesterday the computer is probably skewed.

Looks like Arkansas messed things up by beating UT among other oddities.

The Intercollegiate Tennis Association (ITA) will only publish the ITA Computer Team Ranking Top 50 as well as the ITA Coaches Poll Top 50 on Wednesday, April 7, 2021.

Biggest difference in the top lists is the top 3 Big 10 teams on coach list: Illinois 9 vs 15, OSU 16 vs 23 Mich 17 vs 28. The coaches would have 2 Big 10 teams in top 16 with Mich just on the outside. The top 8 teams match on both polls. Then the rankings of most of the SEC outside the top 3 are off 3-4 positions between the lists-same for the middle level Big12 teams-coaches thought those teams were slightly overrated. The other big difference is with Stanford (29, 37) and UCLA (25,34). Since OSU was a preseason top 5, I would not be surprised if they knock out the number SEC team to be a seed. There should be at least 6 SEC seeded teams at NCAAs. The other teams that could knock out other SEC seeds are Arizona, Okla, Ok State, and Texas Tech. If the NCAA wants to promote geographic diversity, it may go with coaches list over computer list. Remember NCAA chooses host sites 4/16 so this weekend's matches and next week's polls are key
You must log in or register to reply here.
Share:
Facebook Twitter Reddit Pinterest Tumblr WhatsApp Email Link
Top