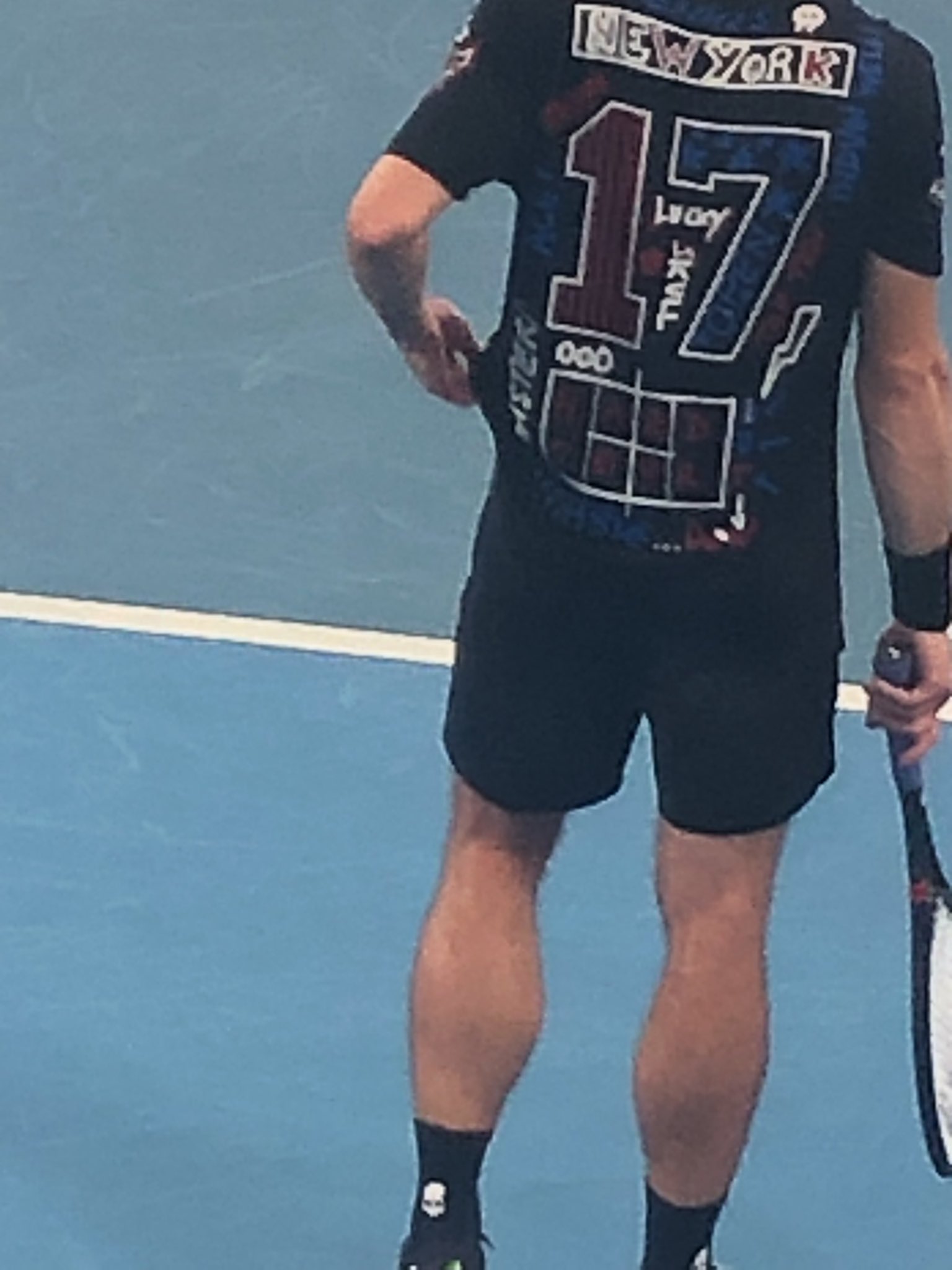 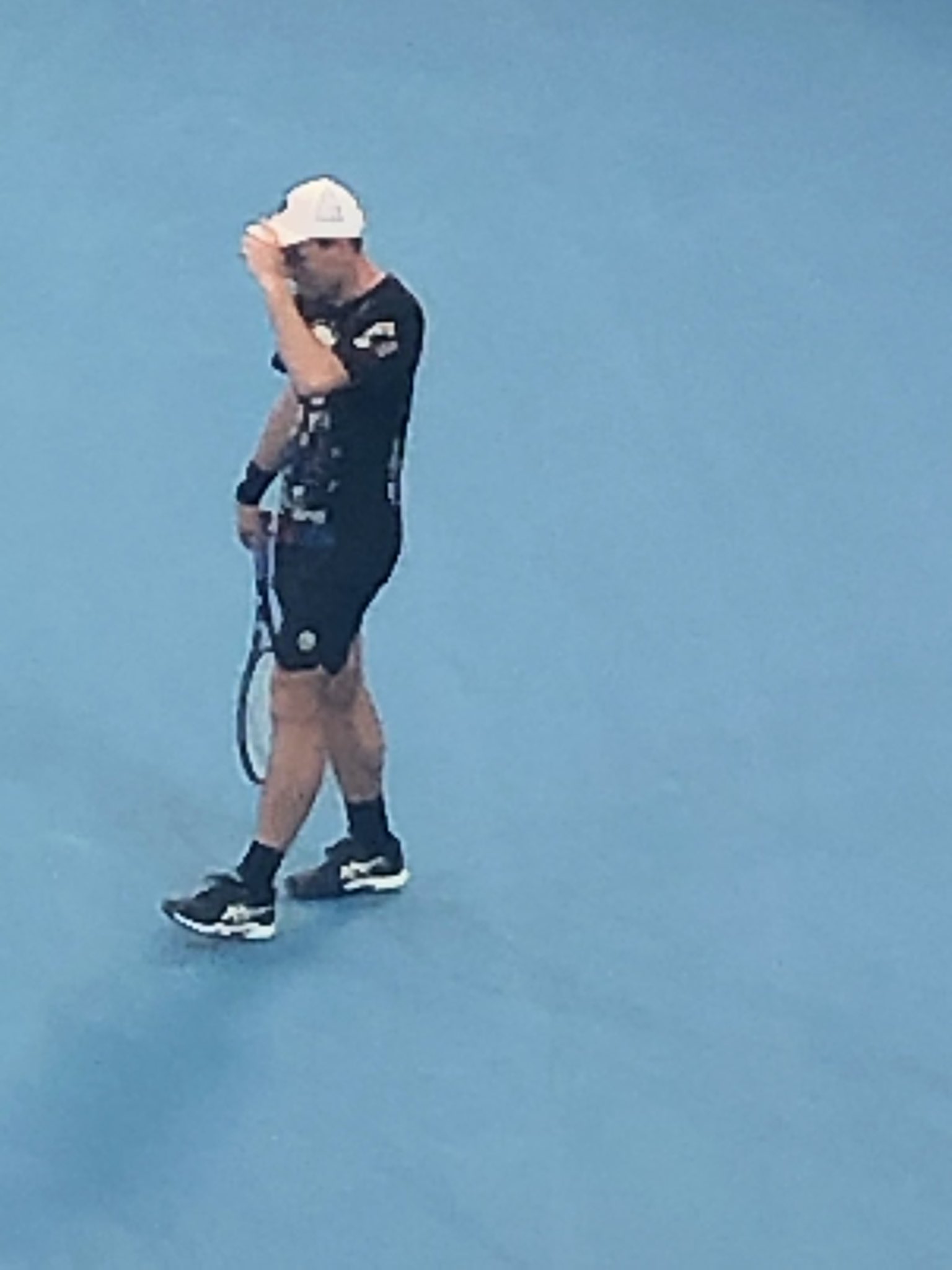 Excellent that some sponsor is paying him. I’m hoping for some injury free years from him, as I enjoy his game. Good news.

Hope he at least stays with Head.

Why the hell it took so long for him to get a sponsor? I was starting to suspect Putin was his sponsor.

At least he's getting paid something though.

Best thing that has happened in his entire career. Finally adding some Pizzzazz to his game..g No more of that boring plaid tshirt

Most ironic sponsor ever lol.
P

17 New York, is that a Linsanity reference?!

That kit is fugly.
B

Jonesy said:
Why the hell it took so long for him to get a sponsor? I was starting to suspect Putin was his sponsor.
Click to expand...

the evil sponsored all the corruption politics in Europe and in the US.
B

the other ugly design from Hydrogen.

He used Asics shoes already throughout the last season. The question is if he now gets paid for using them.
C

I was honestly expecting Asics or Head for the apparel and shoes. Looks like he's sponsored by Asics for the shoes at least, especially if he's wearing the Court FF3s.

Aslan Karatsev finally has a sponsor. Karatsev was seen wearing Italian brand Hydrogen’s apparel and shoe in the warm-up tournament in Sydney before the Australian Open. Hydrogen is an Italian brand co-founded by entrepreneur and record producer Stefano Cecchi. Hydrogen is not new to tennis and...

Notorious_Junkballer said:
He used Asics shoes already throughout the last season. The question is if he now gets paid for using them.
Click to expand...

He used the resolution last year. Now he’s wearing the court ff. That was what my post was about. 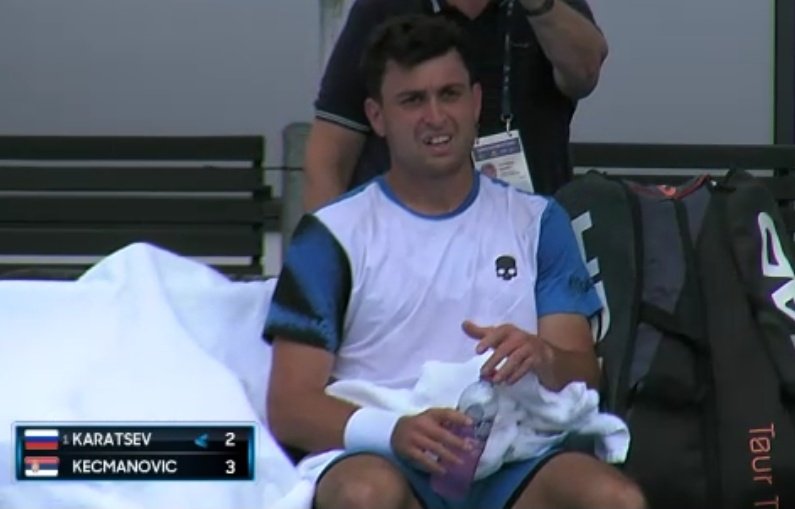 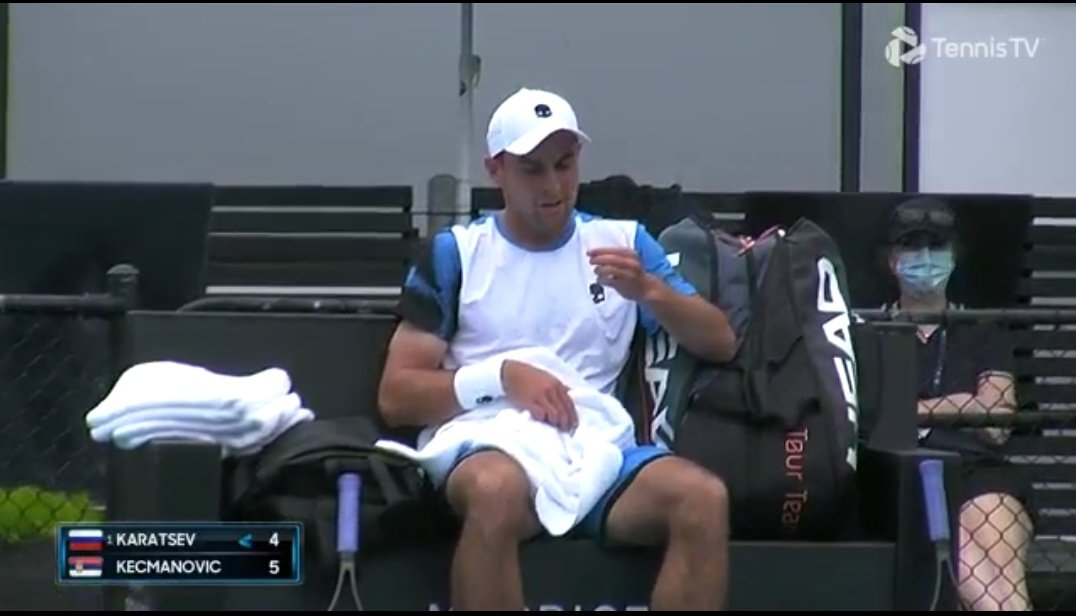 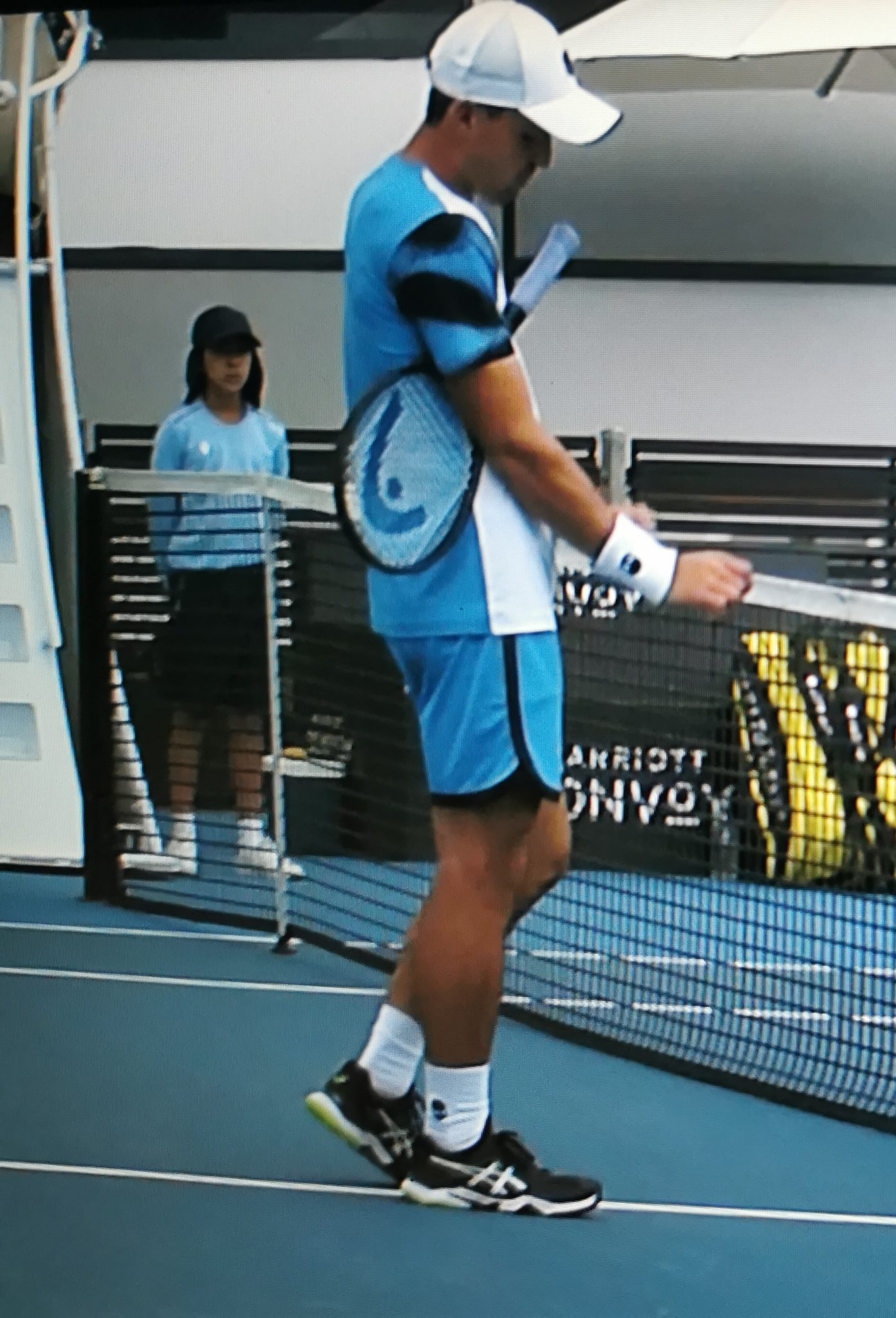 Quite modest for a Hydrogen kit, suits more to Aslan

Honestly, I think the outfit he had in the Kecmanovic match was half-decent. It's obviously tough to work around that skull logo if the designers are gonna try to make something classic/elegant, but there's ample proof that Hydrogen can do MUCH worse than what he was wearing. Had his right sleeve been the same as the left one, this outfit would have been downright restrained.

I think there's an art to having something gaudy become classic. Some of those early nineties Nike kits (that they leaned on heavily for the US Open kits from two years ago) are objectively garish, but they're somehow also just right.

Anyway, logo aside, the shorts Karatsev was wearing in his match are pretty decent. I'd dig a navy/white stripes version. Or red with navy or white stripes.

Feli Lopez has had some really nice Hydrogen kits, as long as they don't give him the outlandish stuff he should be fine.

pity Adidas didn't get him for that hardbass energy though

aldeayeah said:
Feli Lopez has had some really nice Hydrogen kits, as long as they don't give him the outlandish stuff he should be fine.

pity Adidas didn't get him for that hardbass energy though
Click to expand... 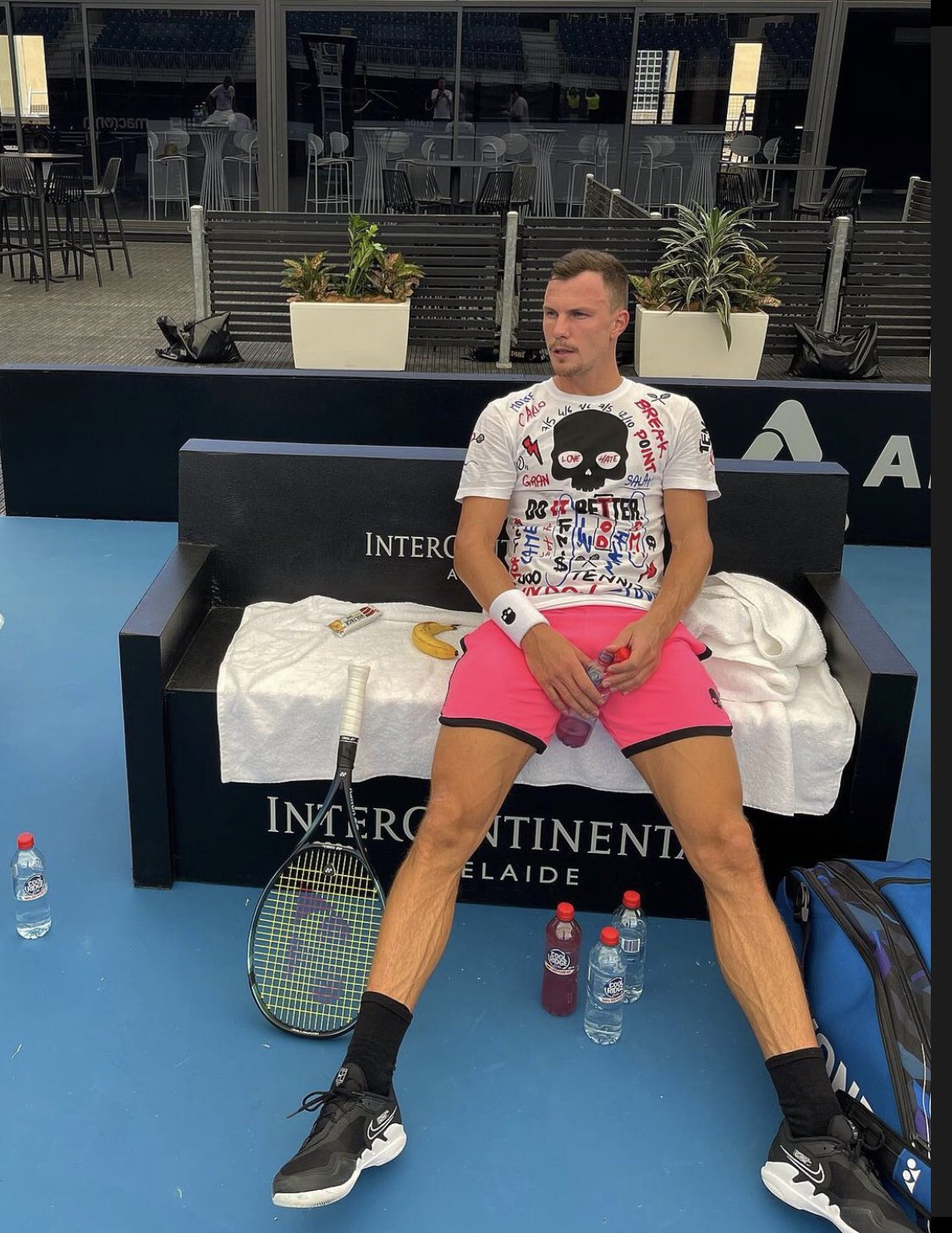 Good god is that a joke shirt?

Dang. All that holdout for... skulls. That's a bummer. The umarked, everyman kits were so dope while they lasted.

man ,that would look good on karatsev

I thought the kit he was wearing today looked pretty understated for Hydrogen. Here's to hoping they don't dress him like a clown. That style works. I don't have a problem with the skull logo. 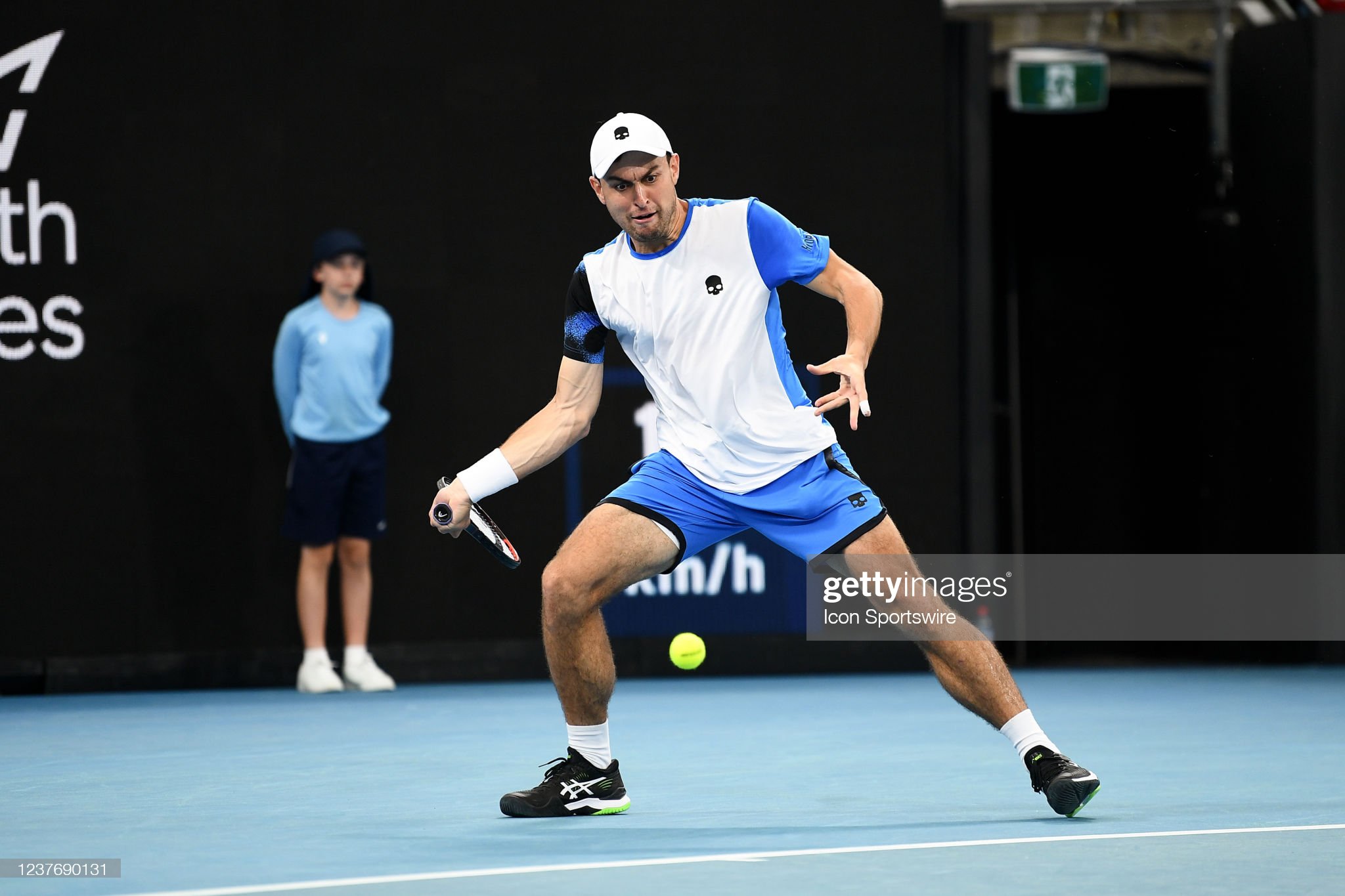 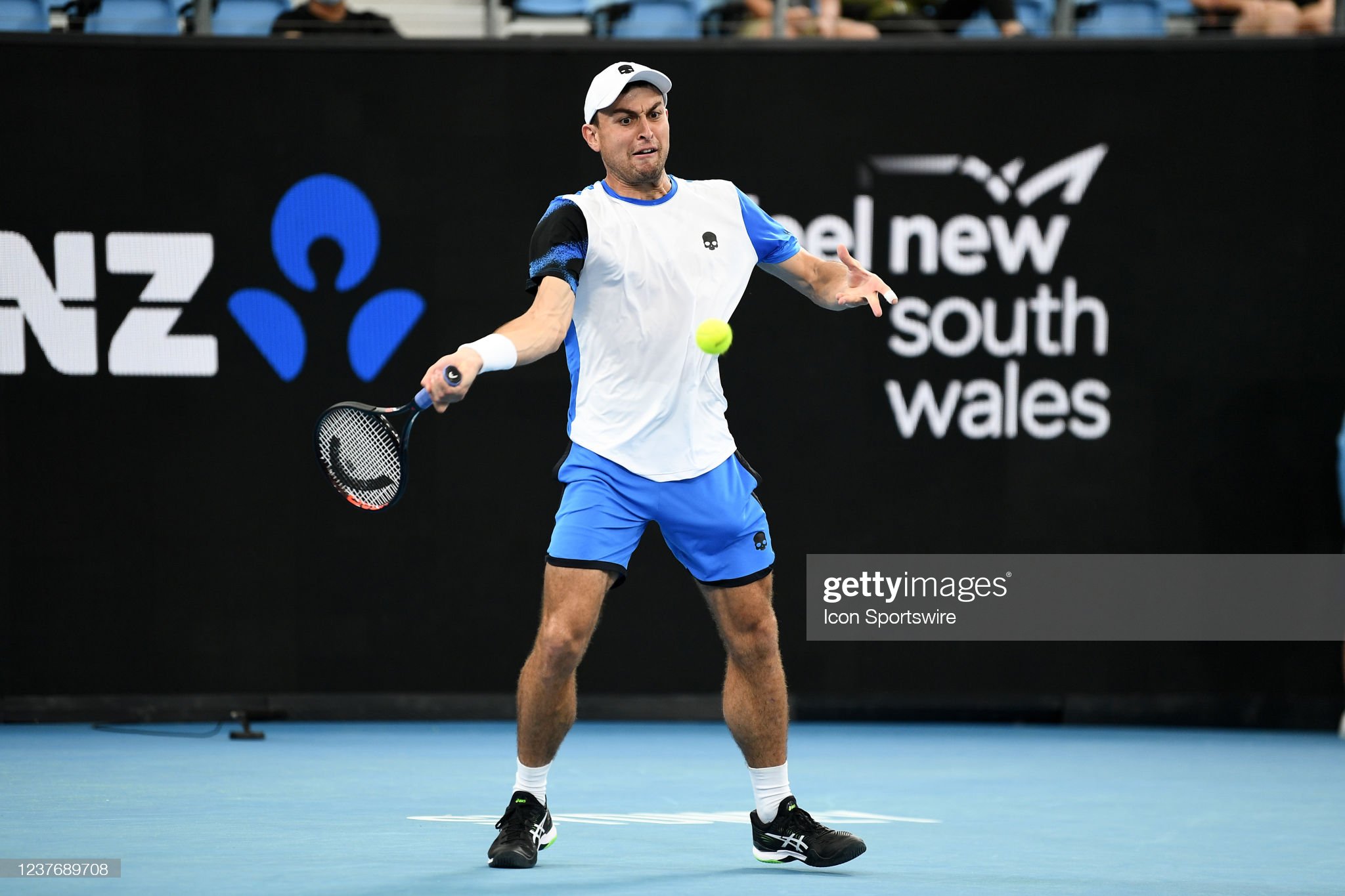 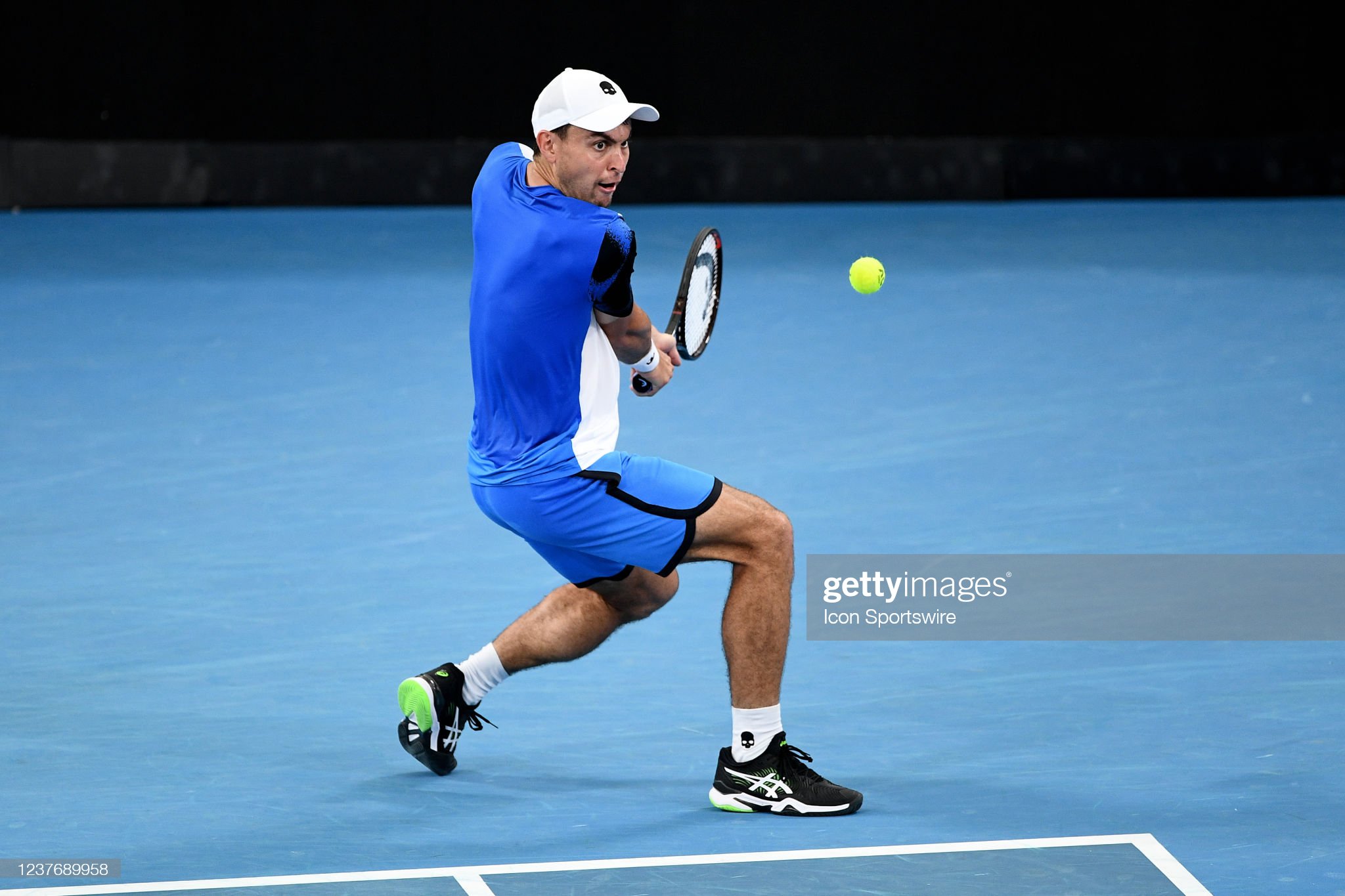 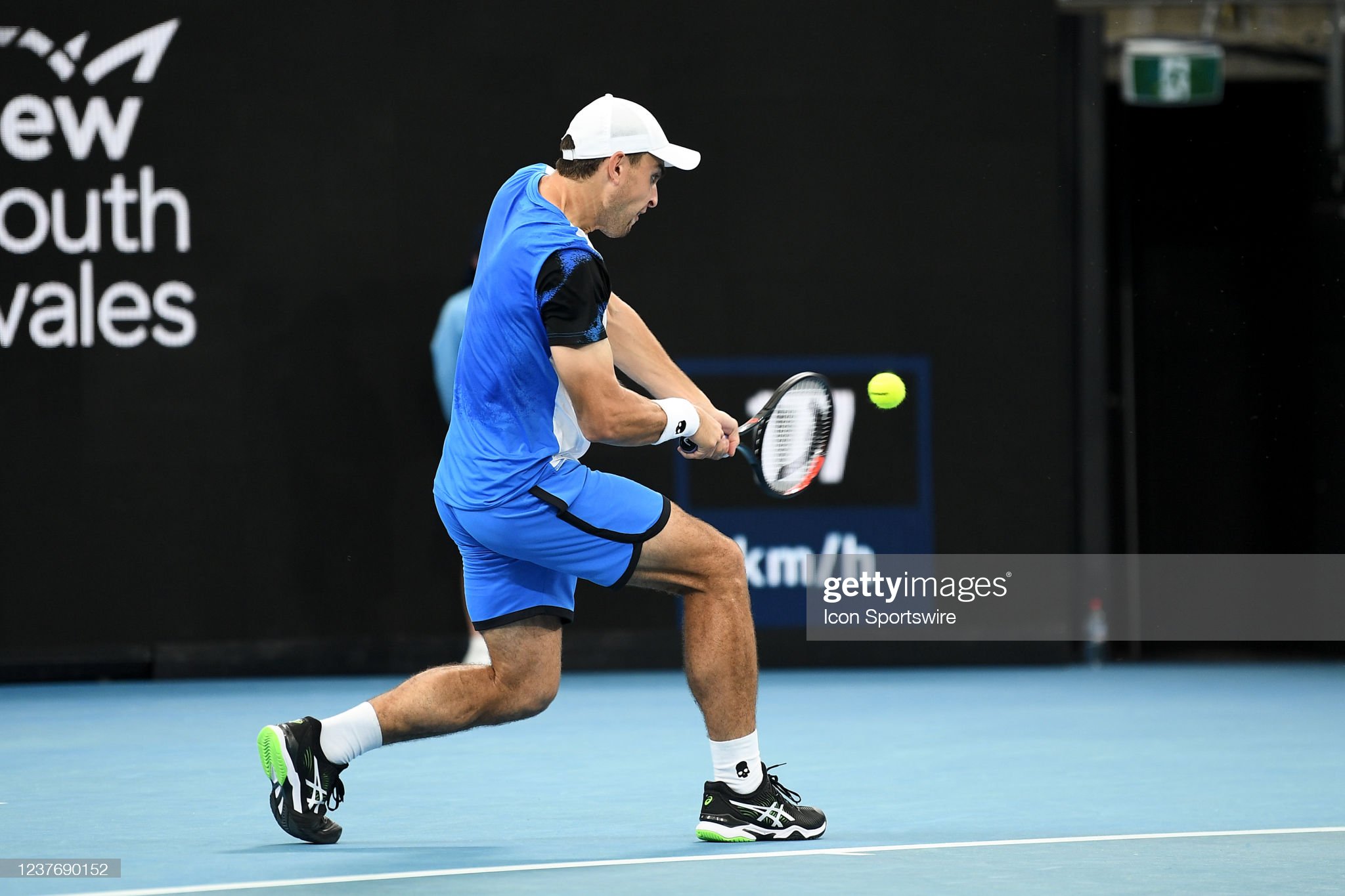 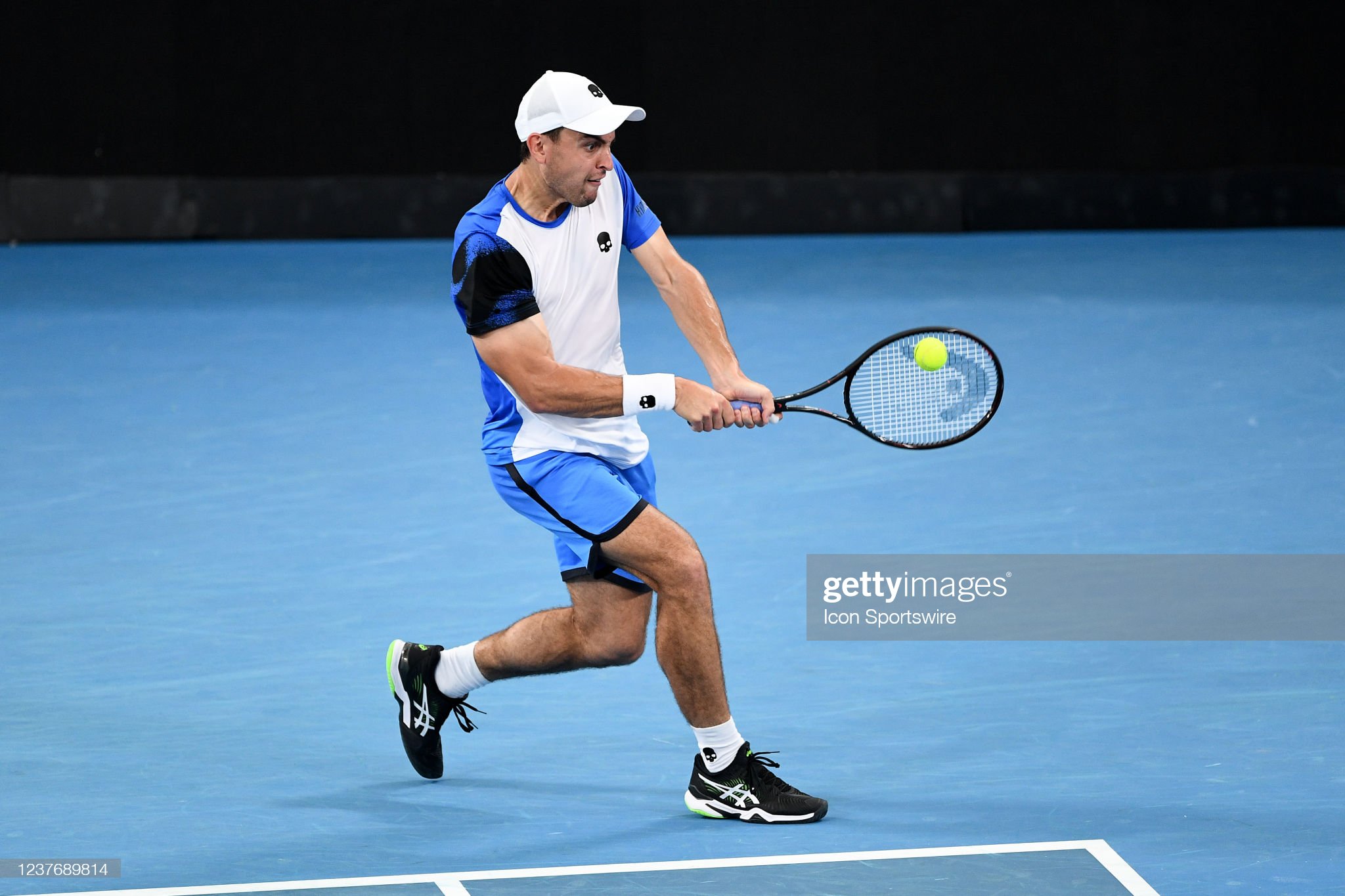 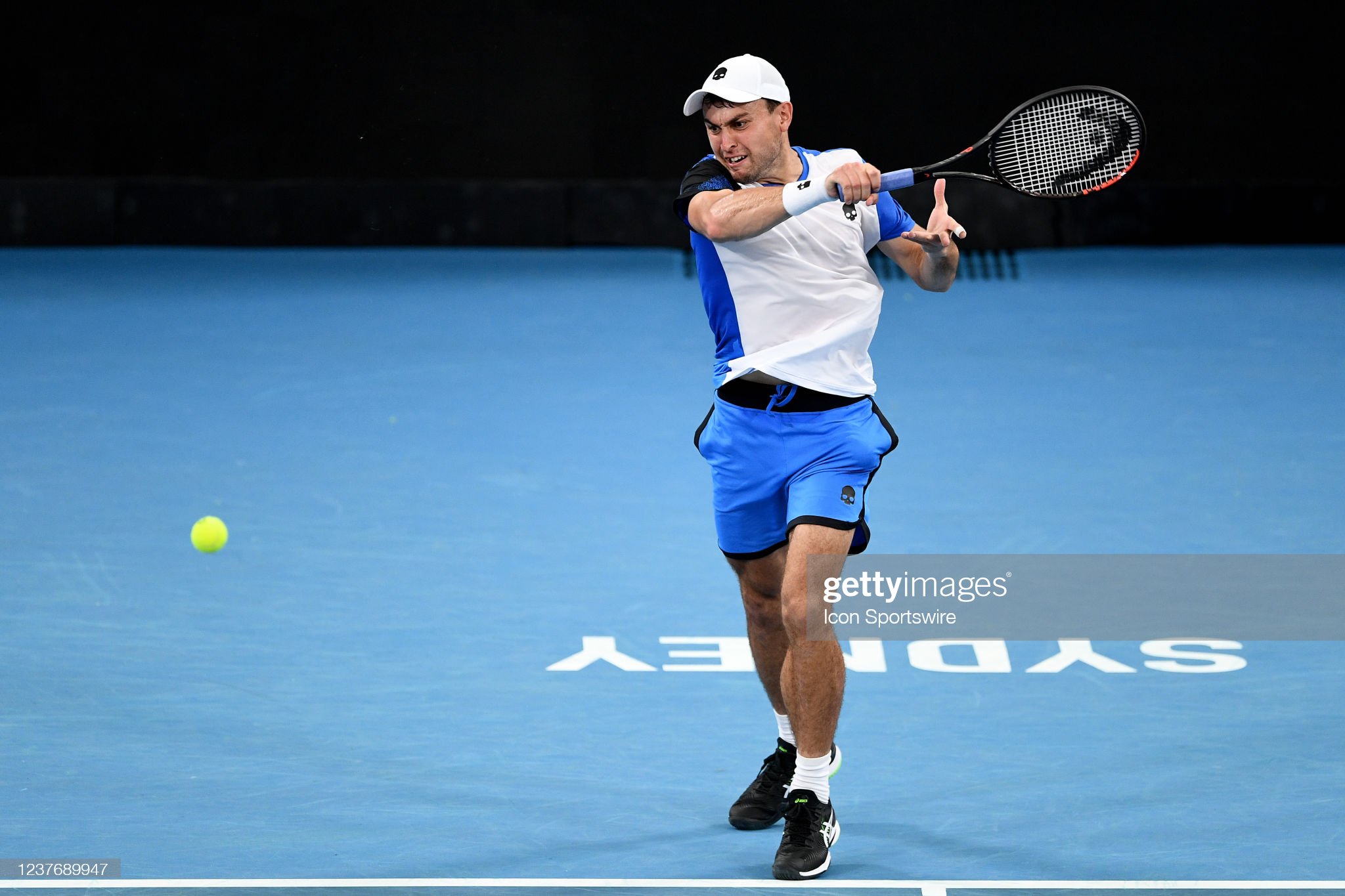 Dont understand the 17 reference for Hydrogen?
You'd have to pay me to wear this stuff, too wacky and non traditional. Fred Perry and Don Budge are flinching.
T

I find the skull ridiculous

Glad to see Karatsev wore the best looking kit from Hydrogen. A big thank you to everyone who solidified my opinion of the grossest brand within Tennis.

I love his kit with the all blue. It just looks really good on tv. I'm so happy for him.
Maybe in 2022, along with a clothing sponsor, he'll also receive a sense of humor.

skull is looking much more pretty than Karatsev himself
B

with hydrogen we have punk|/hipster designs rather than tennis

who was the first pioneer, which player and company? had to be a first to take that risk I presume.
B

borgbjorn said:
who was the first pioneer, which player and company? had to be a first to take that risk I presume.
Click to expand...

it's difficult to say who was the first, it was the matter of sponsors and rules of tournaments not only player's wish

I don't dislike the Hydrogen stuff, reminds me of the stuff I wore as a teenager in the early 00s lol.
B

So far, the Hydrogen clothes look good on Karatsev. Previously, I have not liked Hydrogen's over-the-top fashion. But, things have changed and brands like Hugo Boss and Armani have entered the tennis clothing biz and that seems to have made Hydrogen change its styling focus to a more upscale instead of anti-style look. I hope Hydrogen continues in that direction. It appears that Karatsev will only wear items that have a classy look to them. 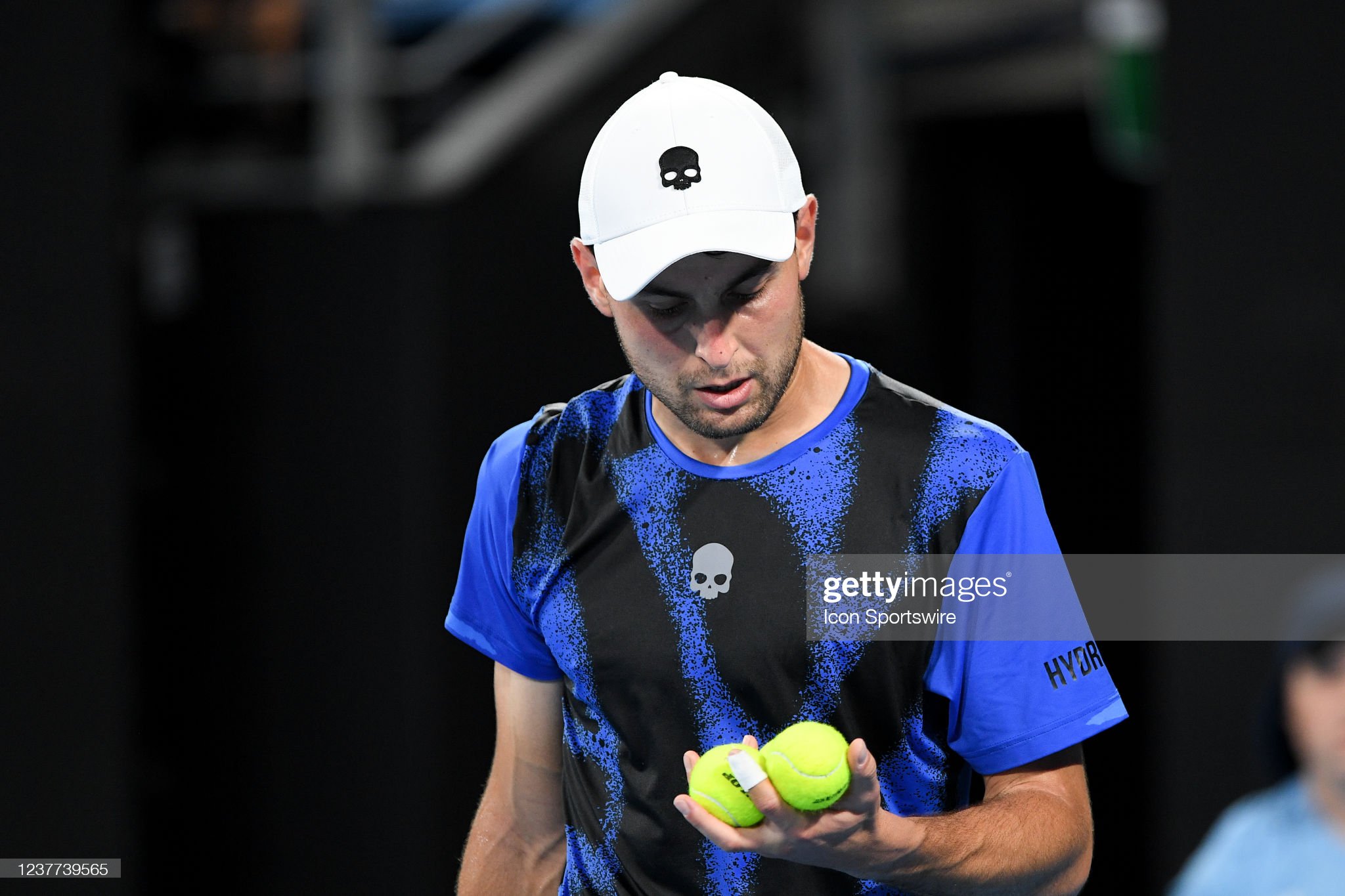 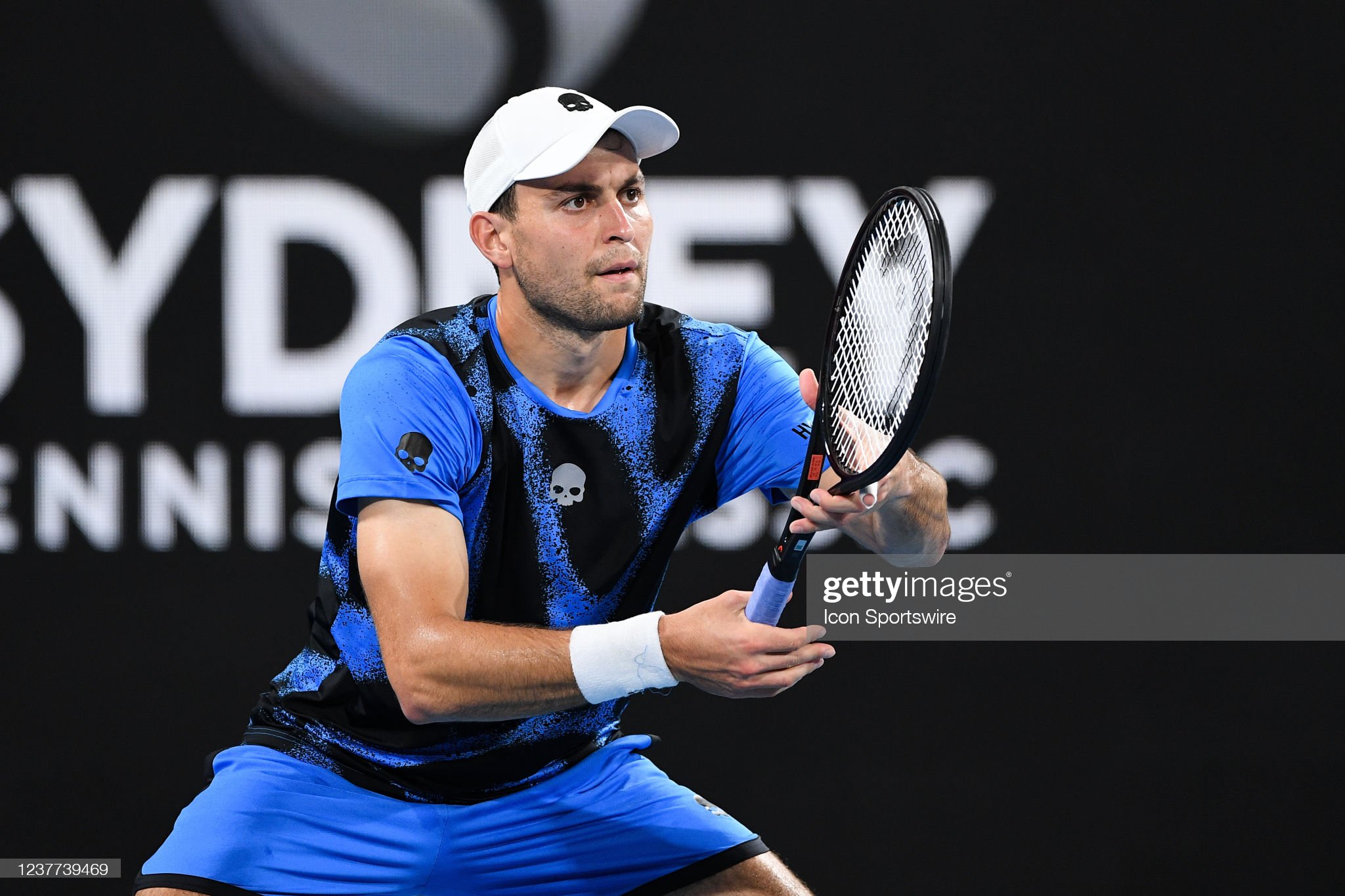 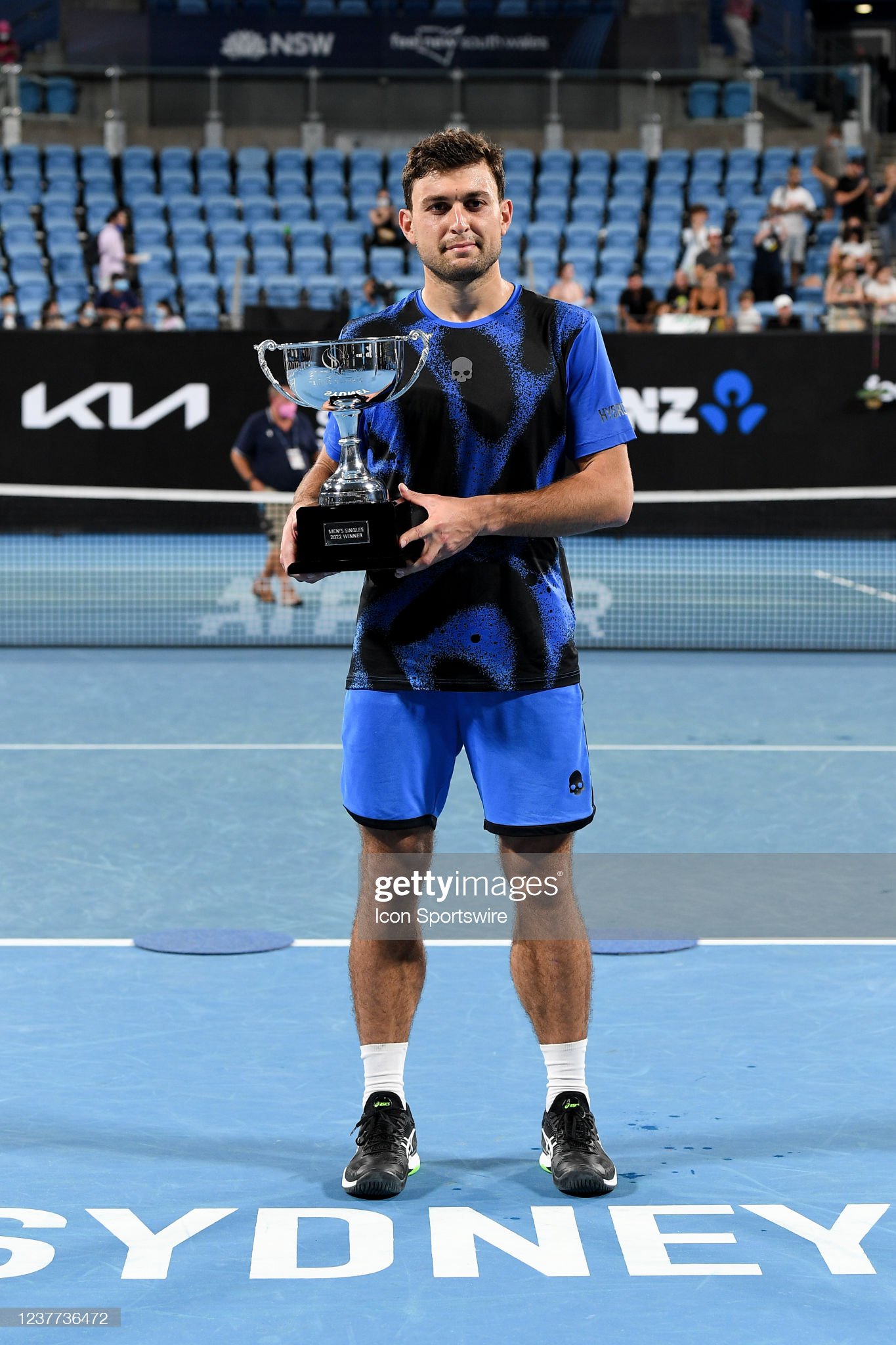 A win for Aslan, a loss for our collective eyesight.
B