Kim Clijsters is to make her tennis comeback at the age of 36 and return to the WTA Tour in 2020.

The Belgian former world number one initially retired in 2007 to start a family, two years after winning her first Grand Slam at the US Open.

She returned in 2009 and won two more US Open titles and the Australian Open before her second retirement in 2012.

"I don't really feel like I want to prove something. I think for me it's the challenge," Clijsters said.

Speaking to the WTA Insider Podcast, she added: "The love for the sport is obviously still there. But the question still is, am I capable of bringing it to a level where I would like it to be at and where I want it to be at before I want to play at a high level of one of the best women's sports in the world?

"I want to challenge myself and I want to be strong again. This is my marathon."

Clijsters is targeting a return in January, but says she will remain flexible in her scheduling.

As a former world number one, Clijsters is eligible for unlimited wildcards at WTA tournaments. She will need to play three tournaments or earn 10 ranking points to re-establish a ranking.

"Kim Clijsters ranks among the greats of the game and her return to the Tour is exciting news for the WTA family and tennis fans around the world," said WTA chairman Steve Simon. 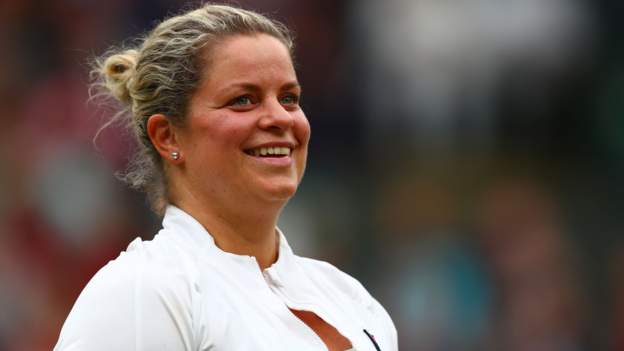 Former world number one Kim Clijsters is "inspired" by other mothers such as Serena Williams.

In any case this is great for the sport, she’s likeable and positive.

Anything to take the attention off Bianca, that poor girl needs a break

Really hope she can be relatively successful and pull off some big wins. Anything more would be a gift.


Maybe Venus shouldn't have said that at Wimby lol

Children are expensive. Especially Belgian babies who are accustomed to probably a comfortable lifestyle

Sander001 said:
Children are expensive. Especially Belgian babies who are accustomed to probably a comfortable lifestyle
Click to expand...

This is cool and all. She will get a bunch of wildcards which I think is unfair. But its a business. So I understand. I just don't like it.

kind of my thinking as well. i don't know why someone as good as she was would have quit in the prime of her career twice. doing a job/sport that pays a ton of money if you are a top player and there is a small window of your life to do it and stay at the top. if i were in her shoes i'd have tried to play until 35 to start with and then retire instead of trying to come back now.

insideguy said:
This is cool and all. She will get a bunch of wildcards which I think is unfair. But its a business. So I understand. I just don't like it.
Click to expand...

It’s not unfair since she earned it.

Ronaldo said:
Perhaps Kim should tutor Serena on how a Mother can win Majors
[/QUOTE
Remember Kim was not 36 when she came back from childbirth so if she wins a Major once she returns then perhaps she can.
Click to expand...