Federer had won 2 of the last three Slams (with a runner-up finish in the fourth) and as it turned out, proved to bring an end to his run of 8 finals in a row (and 18 of the last 19). For Murray, it was his second Slam final, having previously also lost Federer at US Open 2008 (https://tt.tennis-warehouse.com/ind...-federer-vs-murray-us-open-final-2008.611390/)

- 3 BH passes, all dtl - 2 running down drop shots at net and 1 on the run played from wide off the court almost around the net post

- the FHV was played with both players at net

(Note 1: All 1/2 volleys refer to such shots played at net. 1/2 volleys played from other parts of the court are included within relevant groundstroke numbers)

The two players settle into playing a clay-court type match on this slow hard court for the first set. If one didn't know the players typical style, it would be hard to tell who's initiative that was - they both seem content to hit BH cc til the cows come home (knowing the players, one thinks it was Murray's strategy - to wait for errors from the Federer BH). The action looks like a Lendl-Wilander encounter. There are a host of errors in this part of the match, mainly after long rallies. Federer is the slightly more aggressive player - occasionally going dtl for a winner or to snatch the initiative. In one point, he beautifully takes Murray way off the court with an extreme angled BH cc and then puts away the winner BH dtl. And he uses his FH more aggressively - though again, well within himself

In the second, Murray goes still deeper into his shell. With the first set under his belt, Federer plays more freely and steps up to the baseline to hit his shots at least. Murray goes further deeper behind the baseline. Federer starts attacking short balls and playing runaround or backaway FHs, usually inside-out. Murray pushes short balls back... and if he has to move forward to hit them, quickly falls back behind the baseline again. Seeing Murray's court position, Federer also hits a number of drop shots, which usually succeed in forcing errors... it looks like Federer is toying with Murray or to be more precise, Murray is allowing himself to be toyed with

I'm puzzled as to what Murray's strategy here was. Hope Federer misses, maybe. Given the slowness of the court, I suppose its an option.... but not a great one and clearly, it wasn't working. And he's slow to adapt to that. In the second Federer asserts himself as the significantly better player

Finally, in the third, Murray plays ball. He still doesn't step in much, but does hit the ball more powerfully - especially off the FH. He hits a number of fine FH cc winners. He goes up a break mainly through Federer errors, but does wrap up the game by running down a drop volley and winning a net-to-net battle of volleys. However, he fails to serve out the set as the Swiss turns it up a notch and forces a number of errors and returns aggressively (helped along by a pair of Murray errors)

The tiebreak is an extended affair and its Murray who has the first 3 set points (he has 5 in all, to Federer's 3). Most are erased by good attacking play from the Swiss, but the Scot does miss a relatively easy BHV on one before Federer finally wraps up the night with a FH inside-in winner to bring up championship point, on which Murray makes a BH error

Not a bad match in all.... solid returning from both, especially Murray. His ability to get Federer's excellent serve back in play (even on this slow court) is laudable. Federer for his part, is patient and willing to hang it out from the back when necessary against a more consistent player. And he can and does turn it on when he chooses.... though being put under no pressure, he wisely does not go for too much as far as aggression goes

Still, final verdict would be disappointingly meek from Andy Murray, with Federer getting by smartly by doing just what was necessary and not more
Last edited: Jan 8, 2019 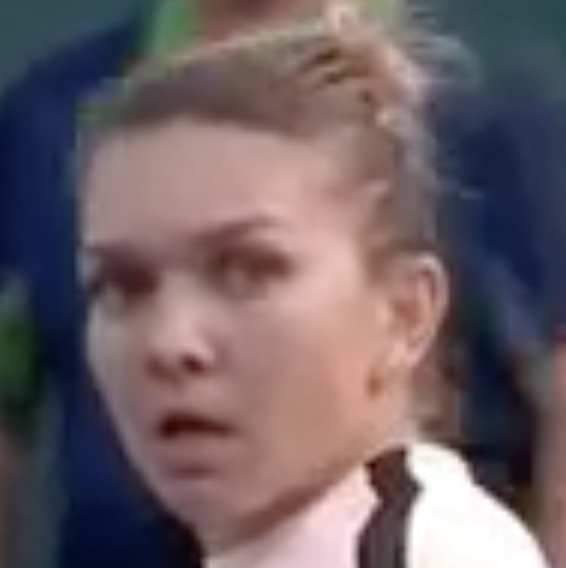