So my tensioner wasn't going all the way back. I decided to put some graphite on it the ball bearings. I took out the hex-headed set screw from under the tension cover and carefully lifted off the cover. I delicately added a few drops of graphite to each side of the tensioner where the 20 ball bearings gleamed up at me, like children on a school bus. I worked the tensioner a few times to distribute the graphite. I lifted the cover and placed it back over the gripper assembly. And then, for some reason, I decided that I didn't need to look to replace the set screw. I just stuck the Allen Wrench under there with the screw on it and began to turn. It didn't tighten. I pulled the Allen Wrench back and there was no hex-headed set screw on it. I looked under there to see what had happened. Low and behold I saw that there was a gap of space between the tension assembly and the traction assembly. And, by golly by gum, there was the missing hex-headed set screw. No problem, I thought, I have the perfect tool for this; bent nosed pliers. And, they are very handy being on the Mighty Sensor. Three tries to retrieve the set screw, three times pushing it further back, further and further out of reach.

My left brain took over. "We got this, no problem." I thought, I have more Allen Wrenches, a whole set, metric even. I got this. So I looked at the two hex-headed bolts that locked the tension head assembly to the traction assembly and smiled confidently. Boy, they were on there tight. I finally broke both loose and began to loosen them, one at a time. After the first was out, I grasped the tensioner assembly with one hand and loosed the last head-headed bolt. It came out. I carefully transported the tensioner assembly to the wet bar directly behind the Mighty Sensor. I laid it down. I sighed a sigh of relief.

Once laid down, the angry Mistress that is gravity took hold of the thing I had been so gentle with. What happened next didn't happen like in the movies, in slow motion. It almost seemed like it happened in half the real time. The top plate fell off, the gripper plate fell off, and ten shiny ball bearings made their way one by one down the groove on the tensioner. They dropped off and hit the tile on the wet bar and bounced cheerfully as if they were rejoicing at having been freed from the prison labor camp I called the tensioner. I felt tears well up in my eyes. But, I remembered the post from @abllee2198 where he said "you can do it, it's not that bad" with regard to the assembly. He was talking to someone else.

I looked at the assembly. There were only 4 pieces, two springs, and twenty ball bearings. This shouldn't be that hard. I figured "Hey, since it's apart, let's clean this thing up really good". So I recovered the ball bearings from the carpet (yes the carpet), then put them in a cup. I poured some alcohol on them and let them soak. I dipped my official Babolat cleaning brush in the alcohol and began to clean the gripper plates. I cleaned the mounting plates. I wiped the mounting plates down. I wiped the gripper plates down. I took the ball bearings out of their refreshing swim and carefully wiped them all with a towel. I counted them again. I laid the gripper plates out and put ball bearings in each one. I noticed the gripper plates had a big end and a tapered end for the groove where the ball bearings laid. I made a mental note to myself to be sure to line the plates up so that the big ends were on the same side and the little ends were too. Then I tried to figure out how to put the right hand side on the left hand side without the Mistress intervening and ruining my efforts.

What does "iteration" mean, daddy?

After 21 or 22 cycles of assembling the gripper, having it either fall apart on the wet bar or tracking down ball bearings in the carpet, re-counting them and then starting over, I got an idea. I would do the left side, two plates, 10 ball bearings, then only put the right side gripper down, then 10 more ball bearings, then the traction plate. That worked a lot better. It only took me 11 or 12 more cycles to get practiced enough to pick it up without the whole thing crashing apart. I finally made it to the machine. Holding the tensioner, I tried to work it over the traction bar. I did. I sighed. I lined up the two holes and replaced the head-headed bolts. I took my Allen Wrench and tightened them. Wait.....weren't the hex-headed bolts pointing the other way when I took them off? Why yes they were. Ah heck, it won't make any difference, write it off to being left-handed. It made a difference. I carefully loosened each bolt.... I got them back on....and the right way! But wait....the gripper won't move. I carefully loosened the two bolts.... I take it back to the wet bar. Yep, the gripper won't move. I invite the Mistress of Gravity to help. I looked carefully at the gripper plates. I turned one around so that the grooves were opposite. I reassembled. I tested (I am a programmer after all). The gripper worked normally. After maybe 4 more attempts, I get the gripper assembly back on the traction assembly and everything works. Everything works! Everything is clean. Despite the PITA, I've done something good. I've proved to myself that I can, indeed do it. I've cleaned, probably for the first time, the gripper assembly on my Mighty Sensor. I've built my own confidence in my abilities. I'm feeling really good about myself. I smile as I take the tensioner cover and carefully place it over the gripper assembly.

What do you mean you can't find it?

I set Mia Lim an email. Mia was who I worked with before on my base clamps. Mia was very responsive. This time, Mia didn't answer. Late the next afternoon, I texted Mia and asked him if he got my email. He said laughing, "No, and I know why. I'm no longer with Babolat." My heart sank. He continued "Call after sales support and someone should be able to help." I did. The guy told me that he'd have to look in the warehouse and he'd let me know later that afternoon if he had one. Three hours later, I get a phone call. It's him. "I found that hex-headed set screw." My heart leapt with joy....SAVED AGAIN! I asked how much I owed, my credit card already withdrawn and placed at a good reading angle. He said "Don't worry about it. Give me your address". I did as he requested. He said "It's kind of late today, is it OK if I send this out tomorrow?" Is it OK? Is it OK? Are you kidding me? I collected myself and calmly replied "Yes, that is acceptable". I thanked him four times and hung up. Hopefully the hex-headed set screw will be here next Tuesday.

Had I looked a little closer, I had seen that the hex-headed set screw could have been pushed out from the other side with an awl.

Oh no! Written up nicely though.

Anything one types will be similar to the hollow " ... thoughts and prayers ..." or "I feel (have felt) your pain" or a multitude of cliched phrases.

At least all this may end up with a big smile on your face - gives one pause and hope that there are good people out there.

Double "bonus" - you will become the resident TTW expert.

Great rendition. I know if it were me, the narrative would be shorter . . . it would have ended with "I panicked".

i am glad it all worked out at the end.

So the 5 minute job to add a little graphite ended up being.... a lot longer. Sigh. Been there, done that.

Hahaha, I felt like reading Clive Cussler. You could easily write an action-packed adventure novel on a rogue Babolat stinging machine. I'll be the first one to buy

Take Mrs. Rabbit out to dinner. You are not stringing until the Hex set screw arrives. She probably saw you sweating and silently cursing at yourself and left you alone.

I would have rather seen the movie, but yours was an elegant rendition.
J

Glad it ended up okay!
M

easy solution to your “what might have been” problem. Buy a boat!
A

Just finished a similar repair where the 4 x .7 mm cap screw was sheared off and nearly dropping ball bearings all over the place.

So long story short, you took apart your sensor, lost the balls, built it back up, lost the hex screw and then Josh sent you a new one!

great morning lol’s reading this! Gladyour machine is back together brotha!

MattCrosby said:
So long story short, you took apart your sensor, lost the balls, built it back up, lost the hex screw and then Josh sent you a new one!

great morning lol’s reading this! Gladyour machine is back together brotha!
Click to expand...

and here we have the Cliff notes!
M

Rabbit said:
and here we have the Cliff notes!
Click to expand...

Hahaha! Hope that Mighty Sensor does you another 10000 rackets!
Would love a Bab machine.
S

@Rabbit you should write a book!
D

C'mon Rabbit, you know the rules: if you're going to take something apart, you have to document it with photographs and share them with us. Your fancy prose only goes so far to satiate our appetite. Suggest you start over and right this wrong.

@Dags you know the whole picture thing did flash through my mind, but I figured "how bad could it be?". I have taken your suggestion under consideration and may or may not act on it accordingly to my level of sanity.
D

Rabbit said:
@Dags you know the whole picture thing did flash through my mind, but I figured "how bad could it be?". I have taken your suggestion under consideration and may or may not act on it accordingly to my level of sanity.
Click to expand...

Looking forward to it then.

Do you own any magnets?

Rabbit said:
Sadly, I do not.
Click to expand...

Are you saying that you aren’t a chick magnet?

Rabbit said:
Sadly, I do not.
Click to expand...

Very inexpensive and will save you much trouble... Next Time. 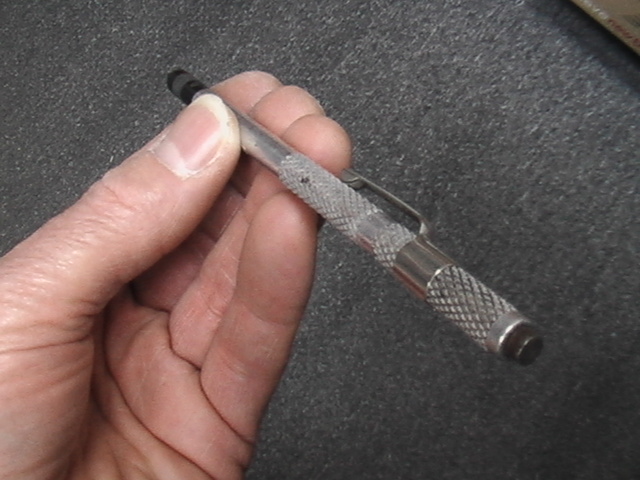 10shoe said:
Very inexpensive and will save you much trouble... Next Time.

I’ve got one of those as well as the spring loaded claw reach tool which got plenty of use when I used to wrench motorcycles. 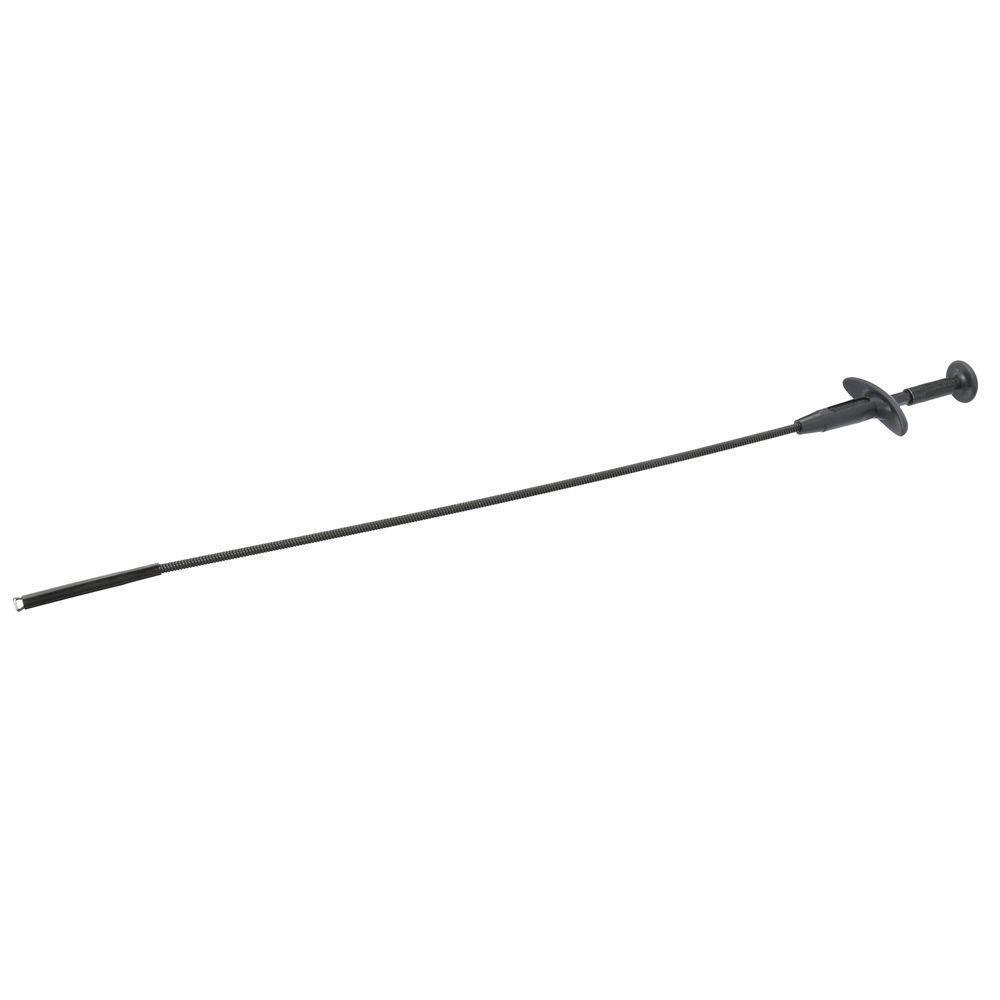