Technology Ruined Tennis said:
2013 Wimbledon - instead of a Fedal QF we got the highpoint of Polish tennis.
Click to expand... 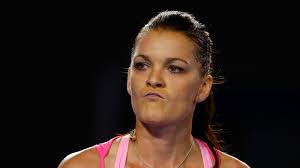 In the other, he reached the semi-final of the 2018 FO, defeating former champion Novak Djokovic in the quarter-finals.

Anyone else have bizarre slam statistics to match / better this?
Click to expand...

On a different tack, I've always been struck by Boris Becker, who famously never won a tournament on clay, making 3 semi-finals at the French

To put that in perspective, here are the number of semis of selected French Open champions

clout said:
Posted this in the crazy stats thread:

Ferrer has beaten Nadal at HC majors more than Fedr has
Click to expand...

In a way it's difficult not to agree with this. However, it's impossible not to give Nadal credit for the determination and crazy clay level he has brought to Roland Garros every year apart from 2015 and 2016. It's unthinkable that his RG records will be broken, ever.
T

Fabresque said:
I believe John Isner is the most successful American at the FO in over a decade. Since 2009, Roddick made one 4R, Sock made one 4R, Steve Johnson made a few 3R’s. Other, less relevant Americans McDonald, Tiafoe, and Opelka have never made it past the first round. Isner tops all of them by reaching 3 4R’s in Paris, and is one of only 2 players in tennis history to push Nadal to five sets at RG (only other one was Djokovic) in 2011.

I think it’s strange, but that’s just me.
Click to expand...

mike danny said:
Well, Fedovic met only in slam semis in 2008-2012. From 2014 onwards Fed has been too old to beat Novak in a major final and that's when they started meeting in finals on a regular basis.
Click to expand...

Federer in Slam finals since 2012: