Murray To Retire At Wimbledon

Red Rick said:
There's a little quiz on Murray on the BBC site. If you get 10/10, they rate you a Grand Slam finalist.

Not sure if I should consider this praise or roasting.
P

The above statistics prove Murray's status in the history of men's tennis in general, and British tennis in particular.

I have been fortunate to watch the man play live several times, including a great five-set win over Wawrinka (the first match ever to be played completely under the closed roof), at Wimbledon 4th round 2009; in the Davis Cup semi-final victory over Australia in 2015; and most gloriously, when he won the YEC final in 2016, and stood beaming afterwards with his two trophies - for the year-end number one and YEC.

So sad that the injuries sustained during that triumphant spurt have eventually caught up with him, and forced a premature retirement. I sincerely hope that he can play a final match at Wimbledon before he calls it a day - assuming of course his body allows this.

I salute you, sir Andrew Barron Murray. You may have taken a lot of flak over the years; but I think in years to come, when highlights of your old matches stir up memories of the battles and glories that you produced, the lyrics of that old Joni Mitchell song will ring true, for British fans in particular - "don't it always seem to go, that you don't know what you've got 'til it's gone".

Very sad. Was hoping he could come back and win Australia at some point after losing in so many finals.

He came along with the three greatest tennis players ever, and he competed as an equal. He was a 3-time Slam winner, World Champion, and World No1. He was the greatest Olympian ever from his discipline. He was the savior Britain had been waiting for 70 years. He was their hero, the hero they needed, and the hero they deserved. He was a man who earned the respect of giants. He fought day in, day out, in practice, in battle, through exhilarating triumph, through crushing heartbreak, through unbridled joy, through unbearable pain, until the pain became just too much. His demise may have some all too quickly, but we will not remember how it ended.

FO has been filled by 2 men in the last decade.
Click to expand...

Err 1 man. If you are counting Djoko's one title you should also count Stan's and Fedr's.

clayqueen said:
Err 1 man. If you are counting Djoko's one title you should also count Stan's and Fedr's.
Click to expand...

Stan hadn't lost tons of FO finals or semis before finally winning one, which was the point of my post.

It still hasn't sunk in with me.

All this time we have been talking about when will Fedr retire, preparing ourselves for this eventuality and meanwhile we get his by a sudden retirement announcement from another Big 4 player. We were so focused on one player that this announcement caught us by surprise.

Gutted for Murray. Its been a long 2 year struggle but he obviously knows that he is unable to play at the required level and doesn't feel he can do more to change that situation. Right decision to retire. No point punishing is body. He has achieved so much and can go out with his head held high. Shame he didn't win more than 3 majors, he was good enough to win 6 plus but was blocked several times by either Djokovic or Federer.

jackdaw said:
So sad, to see an honest nice guy like Andy having to retire soon, and then a drugged up little cheat like Nadal just getting stronger and stronger - plus he will win the Australian Open , absolutely sickening!!
Click to expand...

Said one with no presented medical evidence, only hatred.

Kyle Edmund - "Nobody has done more for British tennis than you and it looks like nobody will for many years to come. You have been an inspiration, friend and role model to me from the get go and I thank you for everything. Hope to see you out there for as long as possible @andy_murray"

Edmund conceding he won't ever be great.

upchuck said:
Kyle Edmund - "Nobody has done more for British tennis than you and it looks like nobody will for many years to come. You have been an inspiration, friend and role model to me from the get go and I thank you for everything. Hope to see you out there for as long as possible @andy_murray"

Edmund conceding he won't ever be great.
Click to expand...

Can't fault a guy for being realistic.

Stan hadn't lost tons of FO finals or semis before finally winning one, which was the point of my post.
Click to expand...

clayqueen said:
Are you saying: FO has been filled by only 2 men in the last decade? One man has 11 and 2 men have 1 each.
Click to expand...

I am sating that only 2 mrn managed to win their elusive FO titlea in the last decade.

mike danny said:
I am sating that only 2 men managed to win their elusive FO title in the last decade.
Click to expand...

Just read the news about Andy's retirement. Sad news indeed. While many people are not a big fan of his playing style, his backboard, counterpunching playing style is very effective against many top players and frustrating to play against.

Definitely sad to see the first of the "old guards" announce his retirement.

clayqueen said:
Are you saying: FO has been filled by only 2 men in the last decade? One man has 11 and 2 men have 1 each.
Click to expand...

Why would anyone pollute a tribute thread to a retiring champion with all this off-topic babble? Show some class to Murray and the people posting their positive memories of him.

TheMaestro1990 said:
A shame, but expected. Said 9 months ago he will be the first to retire out of the big 4.
Click to expand...

The moment I saw Murray's match against RBA in some exho right after he came back I knew this was over. Hip was shot.

BeatlesFan said:
Why would anyone pollute a tribute thread to a retiring champion with all this off-topic babble? Show some class to Murray and the people posting their positive memories of him.
Click to expand...

mike danny said:
Probably, but I still want to see him in the spotlight, even though it won't be on the court.
Click to expand...

I have a feeling that he might be quite prolific in his post-playing career. He is very smart, and passionate about his causes, so I can't see him disappearing from view. I can definitely see him taking a leadership in sport more widely, particularly when it comes to equality issues. Well, we'll see. For now, let's enjoy his final few matches and hope he feels better. 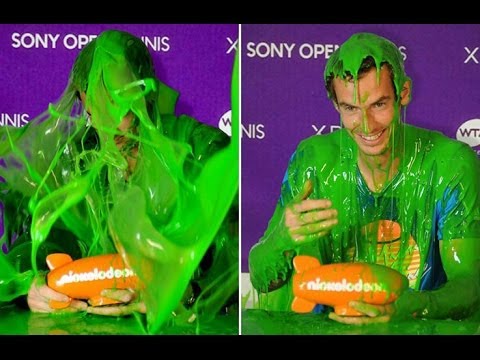 It seemed like Murray was always playing injured to some degree, always wonder what could have been if he was a bit more fortunate like Djokovic or Federer.

Kuerten barely played in his last 3-4 years, though.

He was emotional and the words very telling in his previous interview before this press conference . He knew that if he carried on playing, it would have a serious impact on his health for the rest of his life.

Its not the way any sportsman would want to leave the sport they have spend all their life chasing, to be cut short so suddenly. He really wanted his younger daughter to watch him play once shes old enough to understand.

I wish him well in his next chapter, thank-you for the great matches over the years.

I'm likely wrong, but some injuries take years to heal. From what I know of his timeline, he's not stopped training/rehab for a long period of time - 1+ year. The body isn't magic but it can repair given time.

As many have said, he just went flat out.

I think he could return to tennis in 2 years assuming he's able to have slight corrective surgery and enough down time. I don't think he'll reach his high level in singles but I certainly think doubles with his brother.

He's got a ton of money. Surgeons can replace whole hips. Hell, they do whole hand transplants with good success with enough rehab.

We aren't talking about someone with a small stockpile of cash.

So many of Andy's stats are up there with guys who have twice the number of slam titles. Title count, career win percentage, time at number one, slam finals, Masters titles – the list goes on. If he didn't go up against three of the very best players in the history of tennis (...or get distracted by feathers occasionally), he would be in a different pantheon. Sad to see him go. After last year, I didn't figure he'd ever get back to competing with the best players in the world, and I really can't say I'm surprised he made this decision when he did, but it's a sad day in tennis. Hope he lives a happy, healthy life after his tennis career. Your body is always more important than another tennis trophy. 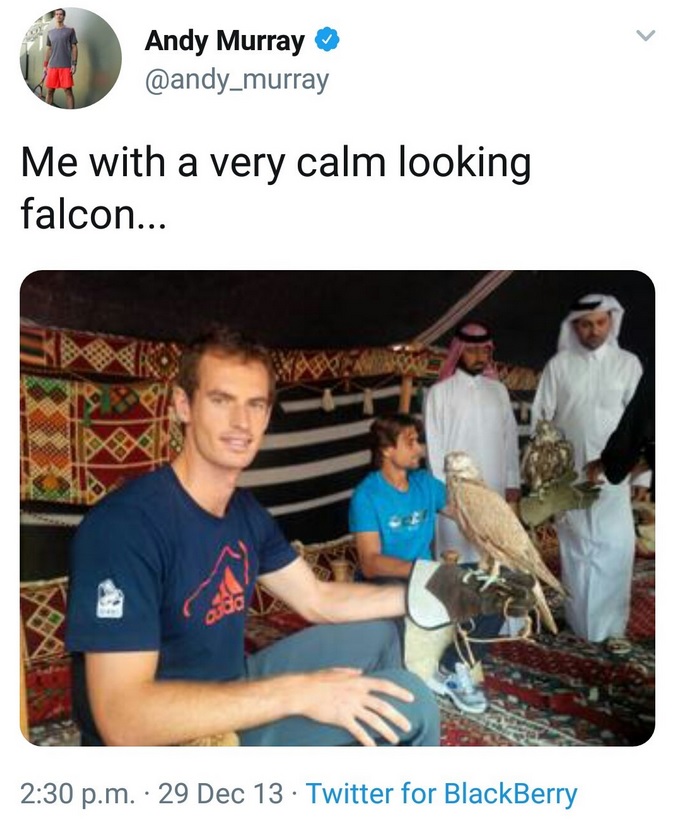 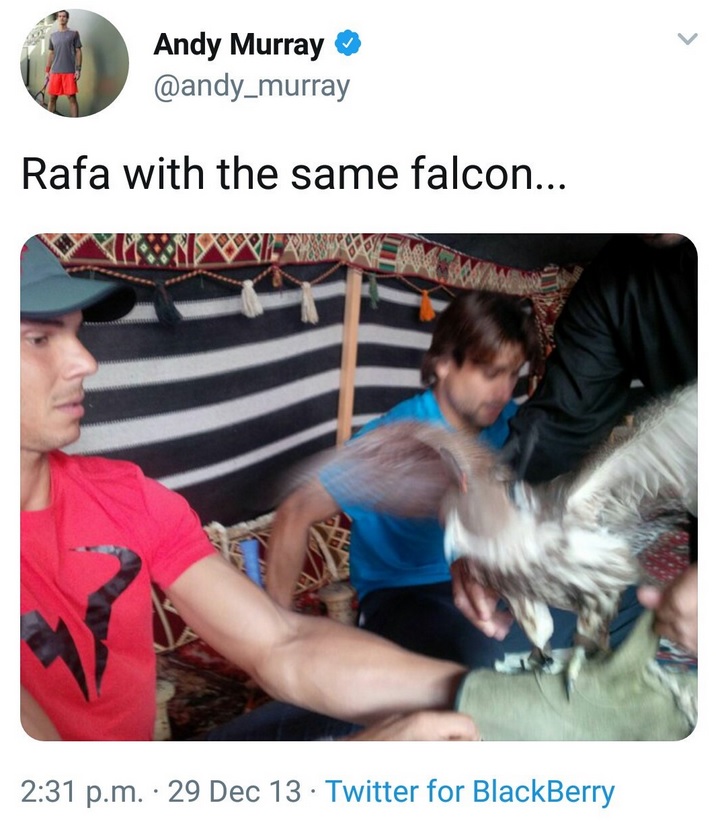 Unfortunate that Murray's career is coming to an end due to severe injury issues.
Hopefully, his hip will recover in time and pain will go away.

Even the surgeon who operated on him John O’Donnell doubts Murray will make it to Wimbledon.

That's usually what I say after I've gone to the loo

Red Rick said:
That's usually what I say after I've gone to the loo
Click to expand...

Unfortunately no amount of time in the loo will be sufficient to shift this problem.

Hope you're feeling a bit better now mate. Knowing what a huge Murray fan you are I can only imagine how upset you must've felt upon hearing the news.

Djokovic2011 said:
Hope you're feeling a bit better now mate. Knowing what a huge Murray fan you are I can only imagine how upset you must've felt upon hearing the news.
Click to expand...

I'm not really feeling better, mate, I'm absolutely gutted. But I'm also a tennis fan and I realise tennis doesn't stop for Murray. I'm watching Nadal vs Duckworth right now and every time I think Andy will no longer grace Rod Laver Court it feels like another twist of the knife but I try to focus on what's still at hand. It's going to take me a long while to come to terms with this but I expect to get there eventually. Thanks for your kind thoughts though.

clout said:
Reflecting back, Murray literally has NOTHING left to prove to anyone anymore.

He's got:
- 3 GS Titles; 2 Wimbledon's
- 11 GS Finals (made all four of them)
- 45 Career Titles
- 14 Masters Titles
- 2 Olympic Gold Medals
- WTF
- 20 Big Titles
- Year End Number One
- 41 Total Weeks at Number One
- 78% career win percentage
- Davis Cup Winner
- 8 seasons finishing inside the top 4 rankings
- consistently dominated the remainder of the field for over a decade (101 wins vs top 10 players; 299 wins vs players who have been ranked in the top 10)
- accomplished all this above while competing in the same era as arguably the three greatest players the sport has ever seen
Click to expand...

That is a very, very solid resume made even more impressive that it was all done during the time of Fedalovic