With a pretty good record against top players, surprisingly, he falls short against Gasquet (0-5) and Wawrinka (though 1-3 against him is not that bad).

He keeps hitting to their BH 70-80% of the time. It's not like these players are forcing him to go to their BH. Even when he gets a FH, he goes for the risky FH DTL only to hit back to their BH and neutralize the rally.

I've never seen such a repetitive tactical mistake (ok Fed's FH approahes to Nadal :lol. How is this not visible to a tactician like Chang?

I think he just gets into such a groove and rhythm that he forgets himself tactically. It is an issue.

He has all the needed expertise in guiding and redirecting the impetus of the rallies to employ a far more tactically astute and varied game.

Are you talking about Kei "The Heat" Nishikori?

vanioMan said:
Are you talking about Kei "The Heat" Nishikori?
Click to expand...

Of course. There is only one 'The Heat'.

FreeBird said:
Of course. There is only one 'The Heat'.

This was the one and only "Heat" 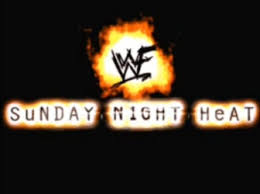 Nathaniel_Near said:
I think he just gets into such a groove and rhythm that he forgets himself tactically. It is an issue..
Click to expand...

Similar to Federer Vs Del Potro in US0 '09, Fed was doing well until he began to his Delpo's FH.
D

it is sometimes hard to break your usual Patterns.
T

I don't see what you think is wrong with Nishikori's tactics?

Tennis analysts have already pointed out that Nishikori's backhand is a harder and better shot than Wawrinka's backhand;

And it's better than Gasquet's as well.

He should continue using his backhand to break down their backhands, they have one-handers so their backhand is a weakness and they will lose a backhand-to-backhand rally with a two-hander.
N

Typically that will work, but Nishikori has to recognise the days where a player like Wawrinka is simply zoning with his powerful and dangerous backhand, and to then switch it up accordingly by making more purposeful use of his trump card—his ability to redirect the ball.
You must log in or register to reply here.
Share:
Facebook Twitter Reddit Pinterest Tumblr WhatsApp Email Link
Top