Poll: Alright bros, first semifinal with all top 4 in a while, who do you got?

Taking Medvedev over Rublev in straight sets. Zverev in 3 over Tsitsipas. I enjoy the tennis of all 4 players tho so this is the ideal SF setup for me.

Also i didn't specify a winner, That's Madlad for me. Medvedev.

How bout that; the Top 4 seeds got to the Semi-Final! Is this the start of something big for this new era of young players? Is this the next "Big 4?"

Zverev has indeed been superb. It's a toss-up between him and Daniil for me.

The Real Slam always delivers. And like in 2009, the 1st seed will win the title.
K

I really enjoy Medvedev-Tsitsipas and Tsitipas-Zverev. All the young guys actually have intriguing rivalries with backstories going back to Juniors.

I picked Medvedev as I think he has the easier SF.
T

Coming from you, I’m not sure whether that’s a massive compliment to Zverev or a massive insult to Djoker lol.

I vote for the West!

I'll forgive you, it's Friday night.

Rooting for Zverev or Tsitsipas but fear Medvedev too good

He's almost a little bit of a "forgotten man" in the Next Gen discussion.

He also possesses something which eludes 99% of his contemporaries: 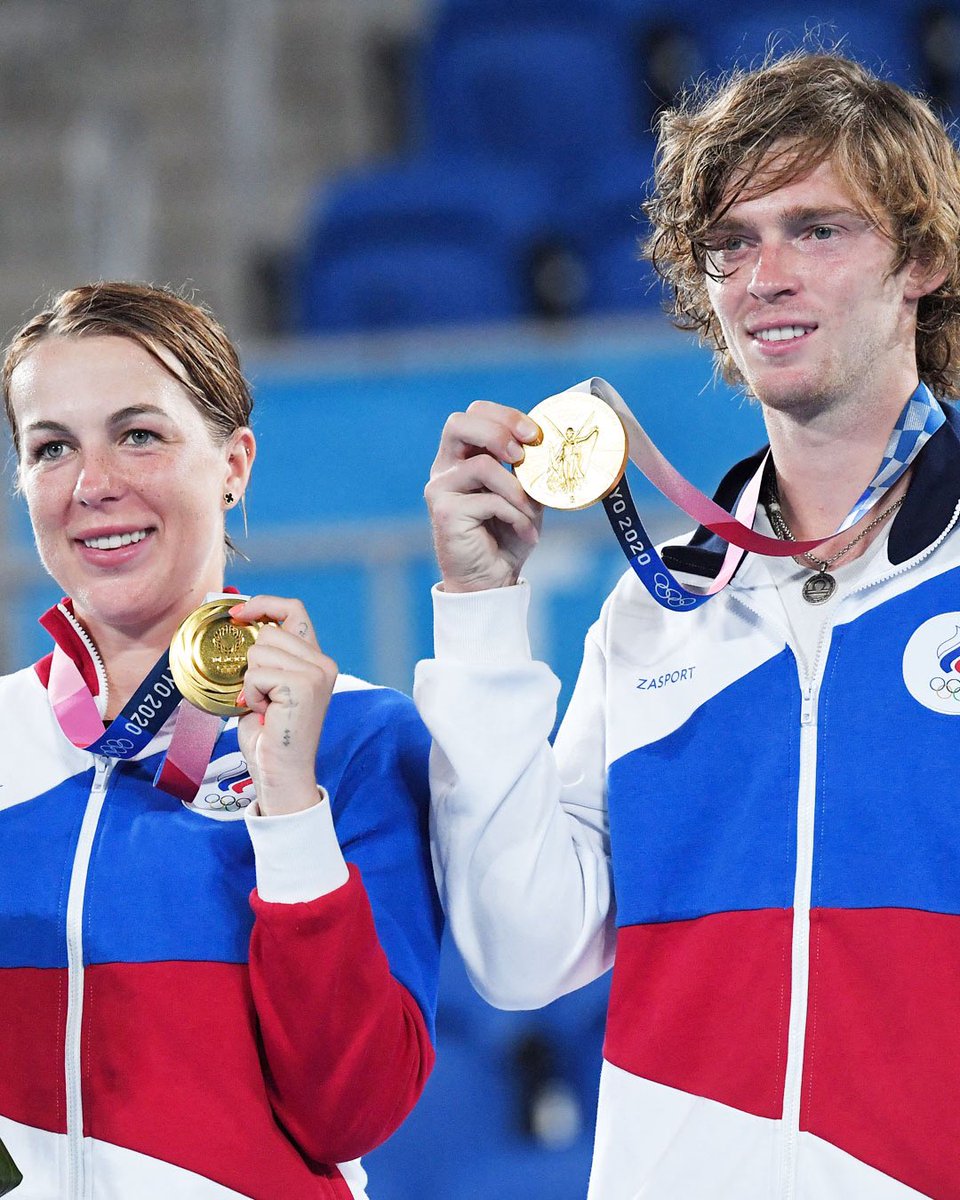 He's almost a little bit of a "forgotten man" in the Next Gen discussion.

He also possesses something which eludes 99% of his contemporaries:

TimHenmanATG said:
I'm increasingly warming to Andrey Rublev. He's almost a little bit of a "forgotten man" in the Next Gen discussion.
Click to expand...

If you're the type to rewatch matches or highlights then i HIGHLY recommend watching the US open match between him and Medvedev. It was so so good and i'm hoping this upcoming match is as high quality.

While he's charming in doing so, he already sounded a bit defeated in his press conference re: Medvedev SF match upcoming. It's gotta be tough to get that breakthrough win, but it needs to happen in order to be taken seriously.

All seriousness Medvedev and Zverev do look good. Want to see this consistency in Bo5's though.

What an era for tennis having all these great young players coming through, creating new rivalries and also challenging the old guard. Fascinating.

I like your percentage calculation. All four (the future big 4) have Russian blood but one 12.5 % ....Greek
K

Federer and Del Potro said:
Zverev wins then crashes out in the 2nd round at the USO to Federico Delbonis
Click to expand...

Kralingen said:
The real competition there would be the higher ball toss on serve though lol
Click to expand...

I'll never doubt Alexander's ability to put on a double fault masterclass like he did at Wimbledon.

Tsitsipas is a horrible matchup for Zverev. Stef in 3.

Medvedev to knock out Rublev in straights.

Rublev has never won a set against Medvedev, huh? And Rublev looks bad since the MC final. He isn't playing like between late 2019- early 2021. He barely beat Paire and Monfils, 2 guys who aren't even top100 in the ATP Race. PCB is in much better form and he didn't exist today. Rublev's chances are about as high as Chardy against Djokovic.lol

Zverev-Tstisipas... Based on their last 3 matches, huge advantage for Zverev. Tsitsipas lost to Opelka, saved set point against Korda and lost sets to Sonego and Auger. If Zverev keeps this level it should be a quick 2-0. But Zverev also has tendance to self-destruct against Tsitsipas. I remember his epic choke in the 1st set in Beijing 2019. In the WTF 2019 he beat Nadal and Medvedev in 2 but only won 5 games against Tsitsipas. RG this year, the first 2 sets were awful, his level (from the R4 and QF) dropped massively in SF. Tsitsipas is clearly a bad matchup. So, maybe his old demons will resurface again. But still think he he wins and it'll show how much he has improved recently.
PS... I'd totally forgotten the Acapulco final. Zverev won 6-4 7-6 so maybe he's found the key, at least on HC..

Assuming it's Medvedev/Zverev right now it'd be 50-50. But maybe I'll lean towards 1 after the SF. If Zverev struggles a lot against Tsitsipas, he loses the final. If he takes the semi in 2 quick sets Imo he wins the final as well.
Last edited: Aug 20, 2021

Even then it's NOT forgivable. Even a person stoned for a week would know that Novak >>>>>>Zedzilla.

Medvedev beats Zverev in 3.
I

Exactly 40 votes and no one voted second seed Tsitsipas WTF. I think it will be Zverev he is in the best form.

Finally a masters event with the top 4 in the semis!
I think Medvedev and Zverev are in (much) better form than their respective opponents, and Medvedev likes beating Zverev in masters finals so my pick is Medvedev. Let's see what happens!
Last edited: Aug 21, 2021

One of those 4 will win the USO too.

Zero votes for Stefanos, so I'll throw my hat in the ring there

I think it's Medvedev's for the taking, but I have Stefanos as 2nd favorite. He has the H2H edge over Z

Mediterranean Might said:
Zero votes for Stefanos, so I'll throw my hat in the ring there

I think it's Medvedev's for the taking, but I have Stefanos as 2nd favorite. He has the H2H edge over Z
​
Click to expand...

Not this version of Z. This is Z fighter Z we're talking about.

I think it's got to be the professor. Zverev is the only one who really even has much of a chance against him, but it ain't much of one. Certainly on a hard court he owns all these guys. Could see that Zverev-Tsitsipas one going long too, and the winner being tired tomorrow.

Looking like an explosive ending to the event, and perfect build up to the USO.
G

I have a feeling it won't be the guy with the beautiful strokes.
Last edited: Aug 21, 2021

I am gonna go for Stefanos. He is flying under the radar a bit and might just spring a surprise.

I like Stefanos. I think he's going to be in the top three for many years to come and winning a handful of slams.

Cortana said:
One of those 4 will win the USO too.
Click to expand...