Any info available for this racquet would be appreciated.
internet search is very scant.
Especially actual head size and recommended stringing set up.
M

Sorry,specifically referring to the series 110

@graycrait
muted must also mean very comfortable. How about the piwer and control level.
why do you prefer the Pro.
thx

I'm afraid I have no personal experience with these. All I know is that they were launched in 1986, with graphite, fiberglass, kevlar, and a tiny amount of ceramic fibers in their layup (of which graphite accounted for 80% of the total - halfway between the 100% "Graphite" and the 60% "Graphite Pro"). At the time, Craig Robinson (Prince's R&D manager) disclosed during an interview that the minute amount of ceramic in the layup was not expected to affect the playability of the frame, but may change its feel to a small degree (and not necessarily in a positive way for all players, as evidenced by the feedback above from @graycrait). The original recommended tension for the 110 version was 65-75 lbs, with a 16 x 19 pattern, skipping 8H and 8T for the mains, which also serve as the starting and stopping points for the crosses, with no shared holes.

But maybe the OP was asking for present-day string recommendations rather than basic historical trivia?

Mad hatter said:
why do you prefer the Pro.
Click to expand...

I guess the way it flexes and not just the flex itself. You'll note that the Spectrum was stiffer than the Graphite Pro. On the other hand the Powerflex is so "flexy" as to be nearly unplayable. On the opposite end was the Boron which I traded away and can't remember for what. It was fun for a hit or two but that thing was a beast. 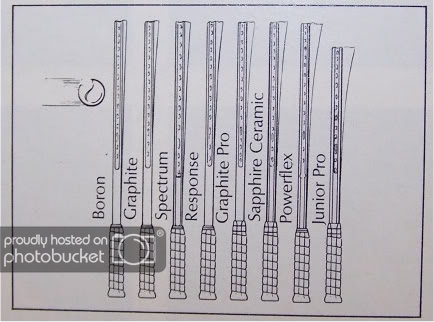 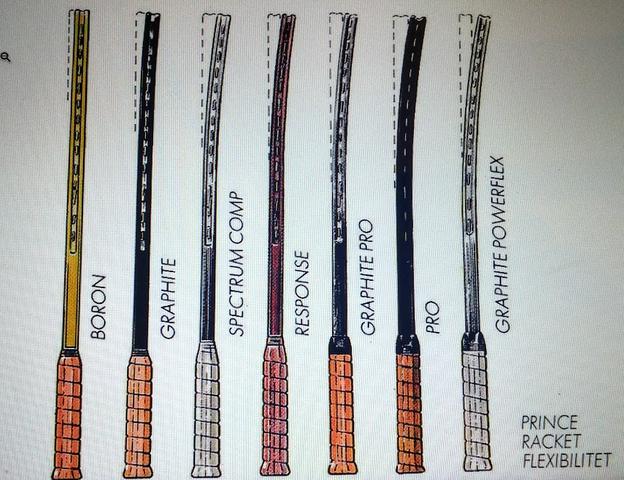