Rafael Nadal: 'People should remember my legacy, not titles'

This is the sort of thing that makes Rafa very..very special. 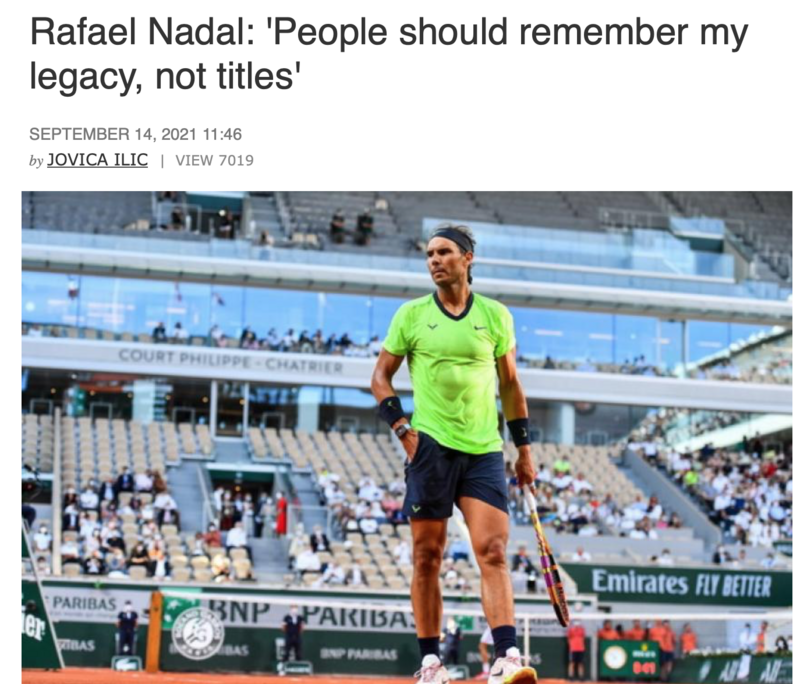 The 20-time Major champion Rafael Nadal has accomplished almost everything in our sport in the past 16 years, always giving his best and improving his game despite numerous setbacks and injuries. Nadal was always open to adding different elements to his game and remaining competitive for almost two decades.

The Spaniard became world no. 2 after conquering the first Roland Garros crown in 2005 at 19 and has never left the top-10 once he entered the group in April 2005. Nadal was the Wimbledon finalist in 2006, mastering the fastest surface and winning the All England Club title two years later in that epic final against Roger Federer.

Carried by this boost and extending his Roland Garros dominance, Rafa lifted the trophy at the Australian Open 2009 and secured a Career Grand Slam at the US Open 2010, still at 24!

Rafael Nadal will skip the rest of the season due to a foot injury.
Earning his place among tennis immortals, Nadal was not ready to step back and enjoy his success without fighting for more, always finding a way to bounce back from severe injuries and surgeries.

Celebrating numerous victories over the players from the top and heartbreaking losses, Rafa wishes to stay remembered for his legacy and the example he has given to the upcoming players, never breaking a racquet and always giving his 100% against every opponent.

Nadal has had another tough season behind him, winning two titles in Barcelona and Rome but dealing with a foot injury that forces him to skip the rest of the year. Eager to return stronger in 2022, Rafa underwent treatment in Barcelona a couple of days ago and will resume training after suitable rest.

"Numerous tournaments have indeed contacted me about joining the field, but things are different than in the past. To play, I have to be ready both physically and mentally; no one has unlimited batteries. When you are young, you have plenty of energy, but now you have to make decisions that sometimes you do not like and skip tournaments you would love to play.

In the future, I do not want to be remembered as a tennis player with numerous titles but the one who has left a good example for boys and girls; it's my only objective. If one thing I wish I could say that I have done well is that I have transmitted positive stuff on and off the court, something that makes me very satisfied," Rafael Nadal said.

Different cultural practices are to be tolerated and not admonished based on some arbitrary norms and practices that you prefer.

Hugging and crying seem to be the norm these days, even if not to my taste, and I'm actually glad covid put an end to the handshake.


Start da Game said:
i agree with all this but i have a problem with the highlighted part.......it feels so fake because he does that every single time he loses, it means even when he loses it is always about him.......why do you want to hug and waste time of your opponent who can't wait to drop his racket at his chair and celebrate with the crowd? there is no need for me to embrace your hug.......

no one comes close to pistol pete and guga kuerten when it comes to losing with grace........i really liked the old school shakehand win or lose........why are these top players today such phonies at the net and start hugging and smelling each other's sweat? they should be doing that with their wives.......
Click to expand...

The People's Champion, the true Goat. 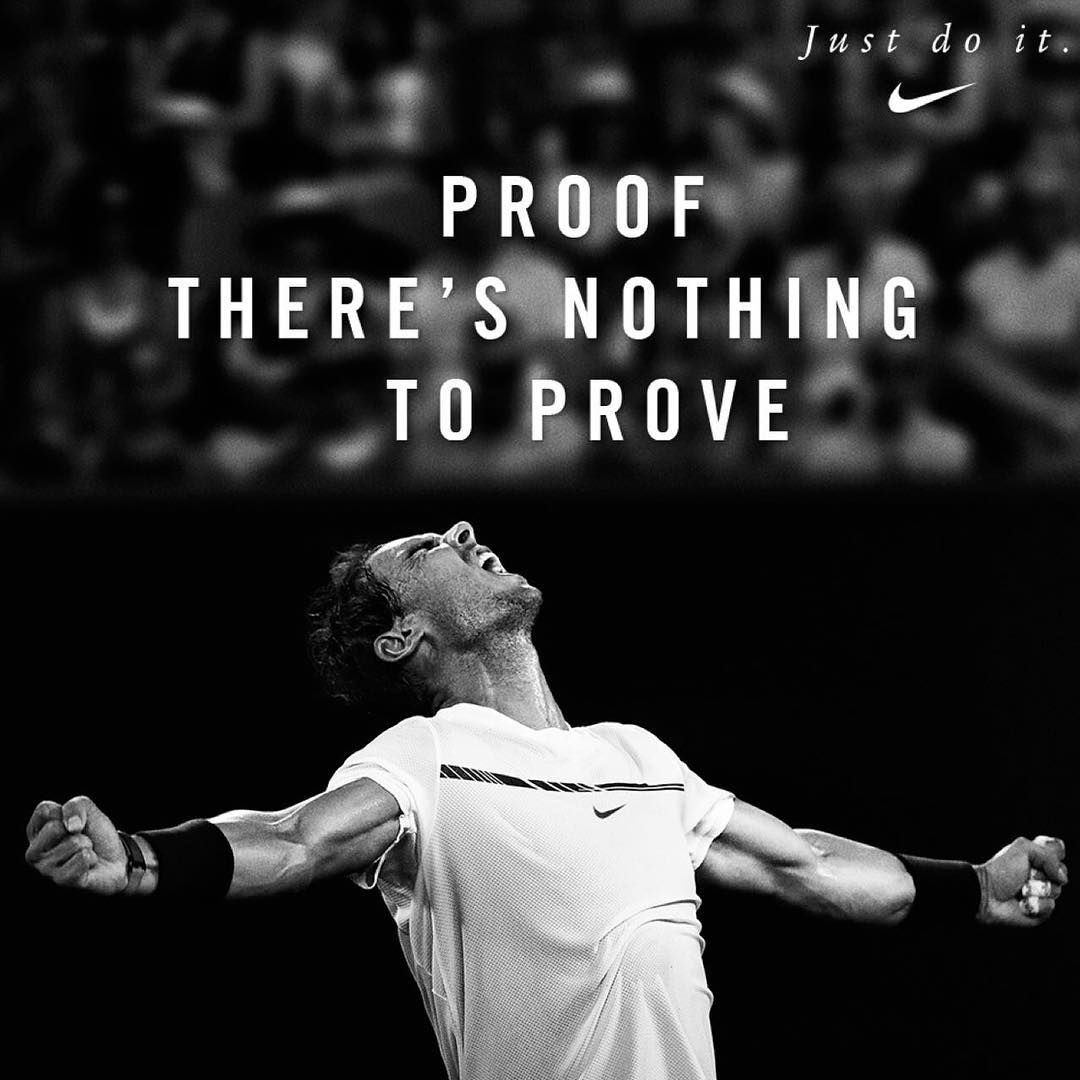 Ronaldo said:
New board started on that date. Talk Tennis pre-dates this one
Click to expand...

huh, that's interesting. How far does it go back, do you know?

If the roll has chorizo or jamon on it, then I'm inclined to agree.


Spencer Gore said:
Nadal is without doubt the finest role model for young players, of the Big 3.
Click to expand...

I was looking at Nadal's Grand Slam stats and he is the one from the big 3 who has a winning record against the other two in GS Finals: 5-4 H2H against Djokovic and 6-3 H2H against Federer. Both he and Federer have only had one loss to a non-big 3 player (Wawrinka for Nadal, and del Potro for Federer - Djokovic has lost to Murray (twice), Wawrinka (twice) and Medvedev).
You must log in or register to reply here.
Share:
Facebook Twitter Reddit Pinterest Tumblr WhatsApp Email Link
Top