A while back I found a Slazeneger Pro x (braided construction, Tim Henman Signature Series) at a thrift store for a few bucks.
Now a few weeks back I was tempted at HappyHour and ordered a Dunlop Muscle Weave 200g. Having a good look at both frames, minus the pj, they seem to be of the same or at least a very, very similar mold. Weight-wise they are miles a part thoug... 347g for the 200g and only 306g for the Pro X. 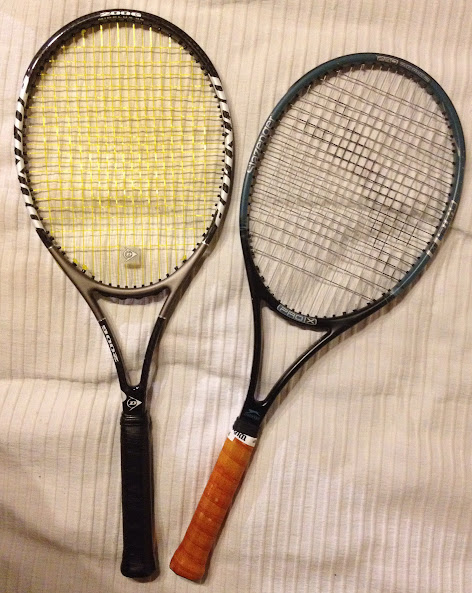 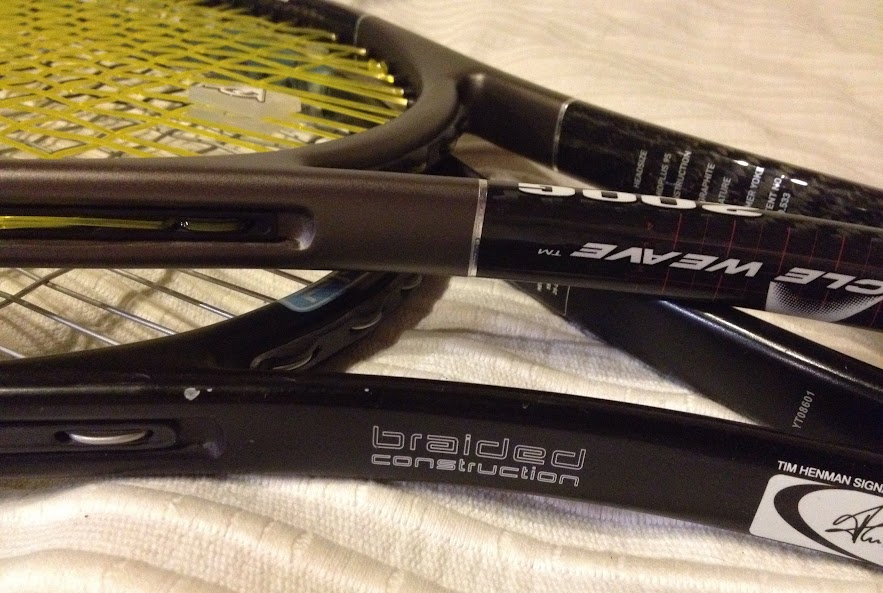 What is the story on Slazeneger and Dunlop having the same or at least similar molds? Was there another Slazeneger model, that was closer to the Dunlop weight? What about other specs? Any info? Thanks a lot.

I've been a longtime Pro X1 user and absolutely love this racquet for it's awesome blend of all-round performance. yes it's stiff but it's stable, spinny, has pop, volleys lights-out and is good off the ground. I've never swung a frame that feels so perfectly balanced. It's like a scalpel IMO. I'm a 4.5 and play a lot of dubs.

I just bought a re-issue MW200G because I've always wanted this frame simply because it's so damn nice to look at, hold and hit balls with. Its feel is sublime. After Fischer Vacuums and some old Yonex Vacuum Pressure Molded frames (SRD Tour, RD7, Power RD 7 and 10 Longs) the MW 200G is a 'feel' benchmark.

That being said it is at least 0.5 ounces heavier than the X1, swings slower, spins the ball less, and is less powerful. But it has better directional control, stability and touch.

Is the "Pro X" a racket that wasn't sent to the US? I owned the Pro X1 frame, update of the Pro Braided line, but he X1 had a much longer handle/grip than the MW200G, and it wasn't the same mold as the MW.
Not sure if the Pro X pictured is the same as the US X1.
T

Yeah i got a Pro-X just like the one you posted. I was given it free by a club when I joined. I really liked it for serving volleying and on the run shots. I tried to avoid using it or groundstrokes as it felt a bit shaky, but probably nothing that a bit of lead in the head wouldn't fix. I haven't tried customising it yet as i just use it to feed balls.

No it's not the slaz Pro X that was like the 200g, but rather wasn't it the Henman's Slazenger Type II NX One that was much closer and seemed to be the exact same mold - wasn't it?

There were two Type II NX One racquets. One in the U.K., which is the one pictured. That one shares the same mold as the Dunlop Tour mold, which has spawned the Dunlop M-fil 200 Plus, and the recent Dunlop 300 Tours. The other one was sold in the U.S. at a big sports store and shared the mold of a regular Dunlop 300 series. I have the latter. Nice stick once I added a bit of weight. Neither shared the mold of the Muscle Weave 200G, however.
You must log in or register to reply here.
Share:
Facebook Twitter Reddit Pinterest Tumblr WhatsApp Email Link
Top