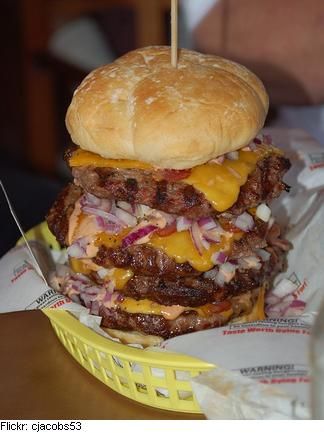 But seriously, the United States is home to the most big14 titles, as in the 9 Masters, WTF and 4 Slams.

Now with IW & MI only coming into the big times there hasn't been as much time to attempt, just over 30 years. However it has been achieved and a drum roll please:

2005 by Roger Federer, who nearly repeated the feat the following year but lost 2nd match in Cincinnati to Andy Murray.
Djokovic coming excruciatingly close twice in 2011 & 2015 when he lost in the Final of Cincinnati both times. And a shout out to Michael Chang who in 92 won the Sunshine Double then lost in the semis of Cincy and USO (in 5 sets to Edberg).

Now I think it's pretty unique for a few reasons. First, the Sunshine Double and the Cincy-USO double is separated by 5 months and depending on how you split up seasons it's either first vs. 2nd half or 1st vs. 3rd/4th part of the season. Meaning a player has to re-create momentum. The speed of the courts ranges from super slow to medium to fast. The climate factor, not just temperature but humidity levels. The overall matches required plus competition is higher than just another 3 Masters+Slam combo. The USO itself has few repeat champions in the last 20 years. So it's one of those things that might seem trivial but overall it's a lot like winning 4 out of the biggest 8 tournaments in the world. And in terms of money, moreso.