Kralingen said:
I appreciate the noms everyone. Great community here and responsible for some of the funniest moments of my year personally. This is a really nice idea @Doctor/Lawyer Red Devil - some positivity to balance out the constant negativity that TTW discussions bring I’ll make my list when I get some time


Nah, I liked him when I was a kid (mainly bc I didn’t like Roddick) but soured on him post 2010 or so. I do defend him tho. I know Djokovic the most out of the Big 3 bc I’ve seen his entire prime (unlike Fedals) but I just don’t have that emotional connection to any of these guys… the thing I like about tennis is that I don’t get nervous or upset watching it unlike my team sports, so I purposefully aim to keep it that way.

We know who this is lol

But you're in good company as a third of the user base here is a dupe account.

Novichok said:
Injuries or something else?? 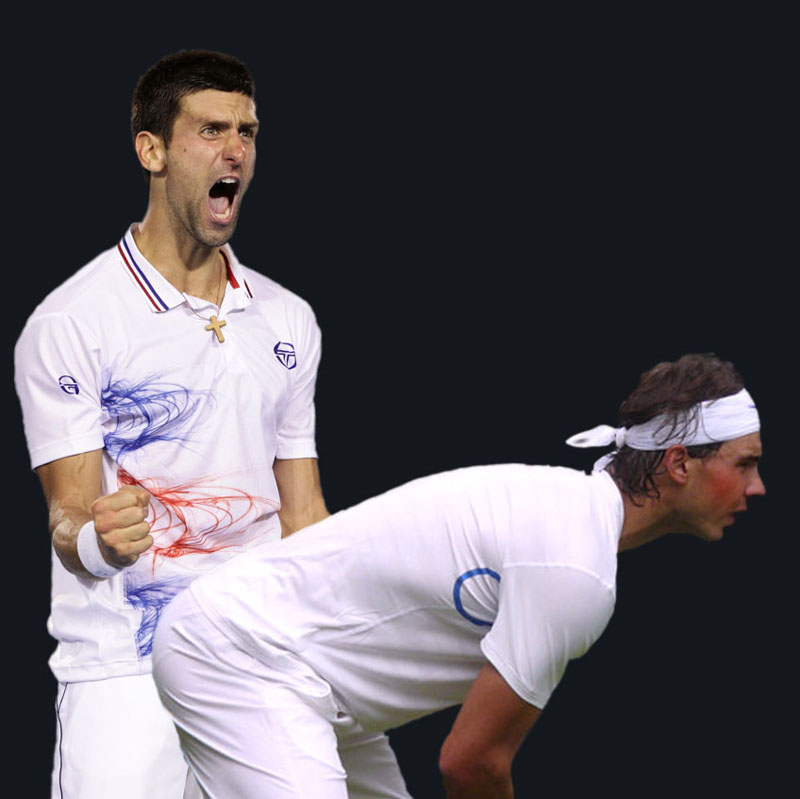 Lol, and all this while wearing a cross.

Martin J said:
Lol, and all this while wearing a cross.
Click to expand...

That picture is craving a sheriff edit

Poisoned Slice said:
That picture is craving a sheriff edit
Click to expand...

Hahah, I may do it a bit later
(Doktore, sorry for derailing the thread )

Martin J said:
Lol, and all this while wearing a cross.
Click to expand...

Remember, Medvedev's watch is in there as well 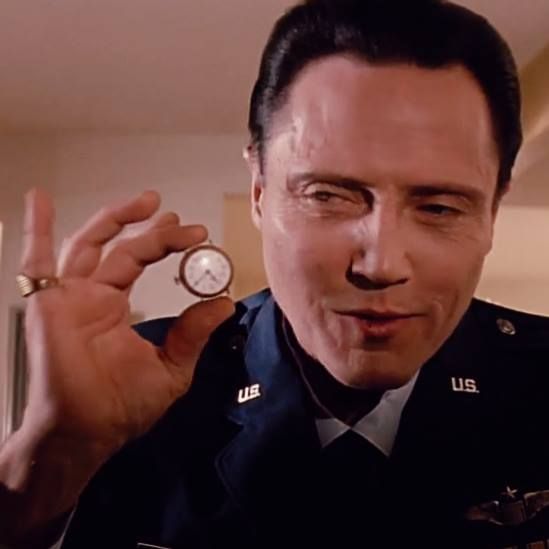 You ever feel like nothing good was ever gonna happen to you?

Yeah, and nothing ever did, so what?

Time to correct that.

Russeljones said:
The right answer to all questions is @vive le beau jeu !
Click to expand...

Is there a better artistic talent?

Absolutely not. Federer and Del Potro teaches the world how to do it. Good ol Poisoned Kravecki can't keep up. I will try to submit the votes for posters later...

Doctor/Lawyer Red Devil said:
@Nole Slam has worked hard for this and gets a well earned silver medal. But @King No1e comes out on top.
Click to expand...

Doctor knew who the moral sh!tposting champion was.

Player of the year - ATP and WTA: Djokovic and Barty
Match of the year: ATP: B03 PCB v Djokovic Olympics. B05: Tsitsipas v Nadal QF Aus Open. WTA: Muguruza v Osaka or Sabalenka v Serena 4R Aus Open
Tournament of the year: Aus Open for both
Moment of the year: ATP: Medvedev ends Djokovic's CYGS. WTA: Probably Raducanu wins the USO got the most headlines
Comment of the year: Jason Swerve said a lot of dumb stuff this year about Barty but for me this takes the cake. On April 4 he said " Barty has a year of auspiciously frozen results to make up for. We'll see how #1 she is, come next January.". Ash then went on to win Stuttgart, Wimbledon and Cincinnati to secure #1.
Breakout performance of the year: ATP: Karatsev. WTA: Krejcikova. People will say Raducanu but it's clearly Krejcikova who is now #5 in the world and won far more than Emma did.
Biggest upset/shock: ATP: Medvedev ending Djokovic's CYGS. WTA: Krejcikova wins RG or Raducanu wins USO
Best rivalry on tour: ATP: Djokovic v Medvedev? WTA: Barty v Sabalenka
Biggest False Dawn (biggest disappointment): ATP: next gen. WTA: Serena?

Can we have a special award for most inconsistent Canadian player?

Cred for the avi belongs to @Red Rick I believe, thanks anyway

Third Serve said:
Cred for the avi belongs to @Red Rick I believe, thanks anyway
Click to expand...

I'll give it a shot in at least a few categories - thanks for your work on this, D/L RD!

Player of the year - ATP and WTA: Djokovic and...in her unique way, Osaka
Match of the year: For its "importance" Djoker over Rafa, RG semis
Tournament of the year: USO
Moment of the year: Novak's RG run
Comment of the year: Perhaps, Murray's shots at Tsitsipas, but not so much when he just kept on adding fuel to the fire.
Breakout performance of the year: Emma at USO, and also Alcaraz's USO run (recency bias?)
Biggest upset/shock: Leylah's run at USO - pick your match: Osaka, Kerber or Sabalenka
Best rivalry on tour: Novak/Rafa, followed by Novak/Med and Zv/Med
Biggest False Dawn (biggest disappointment): So far, probably Shapo, but too talented to write off completely

The @Gregory Eche thread was a TTW classic, I'm glad at least someone else remembers him. You can still find all his stuff on Instagram as @varcdador

Aussie Darcy said:
Just so proud to be honoured in this category
Click to expand...

You're unvaccinated as far as omicron is concerned
K

Permitlady said:
You're unvaccinated as far as omicron is concerned
Click to expand...

Wouldn't say that just yet. Especially if he has a booster shot, which lab studies have shown might still offer enough protection to prevent Omi from getting to you.

Permitlady said:
You're unvaccinated as far as omicron is concerned
Click to expand...

I already put in who I think deserves "best derailer of a thread". It's too late to be submitting nominations now with this sort of post

sureshs said:
Thanks. I could not have done it without the support of my fans like @Sentinel @Azure @JoelDali @stringertom
Click to expand...

lol I forgot about that one. you know you played badly when Nadal abandons his "I had to play my best, no?" schtick.

Third Serve said:
lol I forgot about that one. you know you played badly when Nadal abandons his "I had to play my best, no?" schtick.
Click to expand...

Kralingen said:
Best thread on TTW: “No, these WTA teenagers aren’t ready yet”, the deleted “enjoy your NextGen Lemons” and “Let’s compare Martinka and Federer” - all @Jason Swerve
Click to expand...

I think I actually saved that OP lol. This line was a particular highlight:


"As you watch Hingis '97 smack around with this ball boy, pay attention to how she handles his junk balls. Every bop and boop and awkward stroke he gives her, she never hesitates over the crowd watching her or tries too hard to put on any show"
pretty sure the original version before the edit was "junk" instead of "junk balls" which is even worse haha

edit: wait that was a different thread than the one you're talking about
Last edited: Nov 29, 2021

Funniest on TTW: @vive le beau jeu ! and @I Am Finnish

Pretend this is a gif

Tsitsipas beats Murray at US Open. 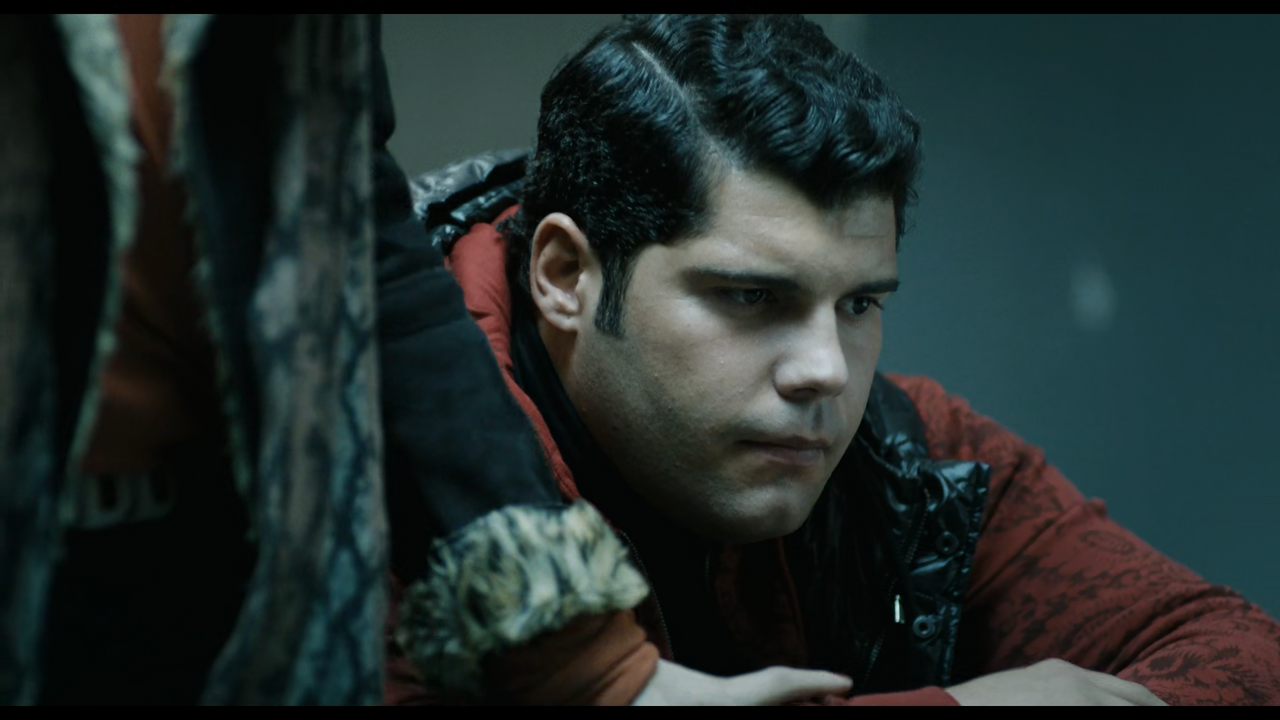 Off the top of my head. I'll fill in blanks as I think of them

My vote goes to the hard working TTW moderators who make sure that according to laws, rules and standards the forums are civil, factual and up to date.

My vote also goes to Novak Djokovic, who's in a relentless fashion conquered an amazing milestone in 2021 and who has shown the world an integrity that a whole lot people ought to learn from.

Visionary said:
My vote goes to the hard working TTW moderators who make sure that according to laws, rules and standards the forums are civil, factual and up to date.

My vote also goes to Novak Djokovic, who's in a relentless fashion conquered an amazing milestone in 2021 and who has shown the world an integrity that a whole lot people ought to learn from.
Click to expand...

RS said:
I hears NoleBoat was a Federer fan but how do we know this?
Click to expand...

He kind of admitted it. Also had the same gambling problem as that Fed fan.

God save the king.

God being inactive just for a month gets everybody to forget you. Not even one nomination!

That's how the man who ruins tennis history celebrates.

I respect his dedication to memery, he hit his heard pretty hard.

I'm quite sure @Yugram is an outdoor fraud:

junior74 said:
I'm quite sure @Yugram is an outdoor fraud:

@Poisoned Slice can you split your nominations into even more posts please. I want to really suffer when I count the votes. Thanks.

Like 99% of the nominations so far are GPPD regulars. Yet they're called TTW awards.
Last edited: Nov 30, 2021

Back when I started tennis as a schoolkid in Australia focused on other sports, I played tennis at friends houses or at school holiday camps where my favourite award was the McDonalds Encouragement Award. It was usually a free meal voucher (of course the vegan Karens have had that and all McDonalds stuff like it shut down).

Point is it was all any of us ever wanted to win but it wasn’t given to the tournament winners and/or pretty boys with one handed backhands. It was given to those who showed something truly special and brightened up the whole sordid affair.

And thus I nominate a new category named after our junk food connection:

@MichaelNadal’s Admit It Encouragement Award (brought to you by All The Junk) for Trollery: @Jason Swerve

Actually I’ll make up another one. Most times somebody has poasted something suitable. Whether it’s sensible, sarcastic or rude and/or captured my sentiment, it’s saving me the time to post.

Come back: @Meles. Bring back the excel-powered second serve analyses please man. I know you’re out there bud.

Most awaited, since 2017:
The Great Transition

Thanks for the pity vote.

Kralingen said:
Post of the year: (this is in the middle of Djokovic-Nadal RG 2021 SF Game Thread)
Click to expand...

Lmao not at all surprised by who poasted that

this cannot be happening

Do you remember the thread that NoleBoat admitted it?

Novichok said:
Like 99% of the nominations so far are GPPD regulars. Yet they're called TTW awards.
Click to expand...