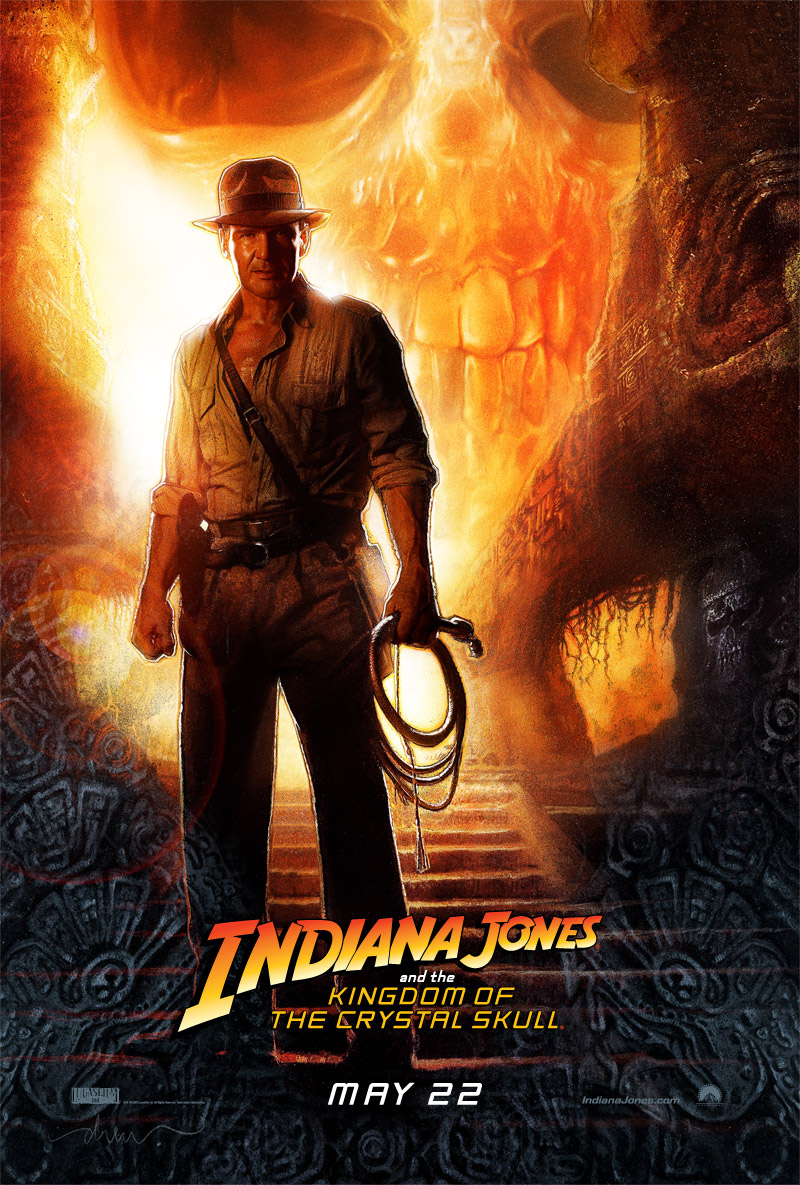 Oh, am I excited about this.

Thats all I wanted to say.
S

Nice, I like the poster. I read an article once on TheRaider.net that most people identify Jones by his look in Temple of Doom, I think that poster shows it. I would not be surprised to see more posters that are reminiscent of "temple."

I think Ford still looks "right" as Jones. I do not get that "little old dont'cha think?" feeling.
click for large pictures: http://www.theraider.net/films/indy4/gallery_01.php

I am curious what the age of his "love interest" is going to be in the film...
Y

he's pretty old, can he handle it?

LuckyR said:
I am curious what the age of his "love interest" is going to be in the film...
Click to expand...

I work at Paramount Pictures and Marion Ravenwood (Karen Allen) is going to be back in it.

Bengals1 said:
I work at Paramount Pictures and Marion Ravenwood (Karen Allen) is going to be back in it.
Click to expand...

and that boy is playing Indy's son isnt he? So Marions son too?

Can't wait to see this.

Scenes shot on the Big Island.

"Isn't Harrison Ford too old to play Indiana Jones again?
No! How could you think that?! Here's a quote from Harrison Ford himself that says it all (dated from November 2002):
"What astonishes me," Harrison Ford says, "is that people can't imagine Indiana Jones aging at all. Why expect any character to be frozen in time? The appeal of Indiana Jones isn't his youth but his imagination, his resourcefulness ... His physicality is a big part of it, especially in the way he gets out of tight situations. But it's not all hitting people and falling from high places. My ambition in action is to have the audience look straight in the face of a character and not at the back of a capable stuntman's head. I hope to continue to do that, no matter how old I get."