The Quest for THE GRAND SLAM: The Final Leg

Emerson (Australia), Osuna (Mexico) and McKinley (USA) all win, meaning the top four seeds have all qualified for their respective places in the semi-finals.

1969 ROD LAVER (Australia)
Within 48 hours, 6 1/2 inches of rain falls in New York forcing the Open to cancel play for two days. The courts become almost unplayable. The sodden grass ripping up as the players serve.

Laver plays Emerson who wins the first set and breaks Rod in the second. Both players struggle with the heavy balls and soft grass but Laver starts to find his form and comes back to win in four: 4-6, 8-6, 13-11, 6-4.

He is joined in the semi-finals by number 3 seed, Roche and number 2 seed, Newcombe, ensuring the top 4 seeds reach their allotted places.

His two biggest rivals, Medvedev and Zverev made their way to the semis in straight sets, meaning three out of the four top seeds would feature in the last four.

Teen sensation Alcaraz's exciting run came to an end when he had to retire injured in the second set of his quarter final.

1933 JACK CRAWFORD (Australia)
Gentlemen Jack plays the #2 US seed, Frank Shields (twice slam finalist who went on to become a Hollywood actor: his most famous role was in Hoosier Schoolboy). After a tight first set Crawford wins 7-5, 6-4, 6-3.

The surprise result of the semi finals is the defeat of #1 international seed, John Bromwich, who loses in straight sets to Budge's doubles partner, Gene Mako (they are fresh from winning Wimbledon and will win the doubles here). Final score: 6-3, 7-5, 6-4.

1956 LEW HOAD (Australia)
Hoad's opponent is the last man till the present day to win the triple crown at a slam (singles, doubles, mixed doubles), Neale Fraser of Australia (#5 seed). The first set lasts 28 games (the equivalent of two 7-6 sets). Hoad takes it 15-13 then eases through the next two sets, 6-2, 6-4 to reach the final and a shot at the Grand Slam.

The other semi sees Ken Rosewall defeat Vic Seixas of the US in straight sets to set up an all-Australian final.

HOAD WILL PLAY FOR THE GRAND SLAM!

1962 ROD LAVER (Australia)
Laver faces Rafael Osuna (the greatest Mexican player of all-time, future world #1 and winner of this tournament the next year). Osuna is the number 4 seed here but The Rocket is relentless, winning in straight sets
6-1, 6-3, 6-4.

ROD LAVER WILL PLAY FOR THE GRAND SLAM!

1969 ROD LAVER (Australia)
To have a shot at a second Grand Slam, Laver has to face the reigning US Champion and number 4 seed, Arthur Ashe. The crowd heavily favours the home player and he serves at 5-4 for the first set. But instead of making sure of his service placement he tries to ace his way to the set; and fails! Laver takes the first set 8-6, the second set 6-3 and the third set goes to 12-12 when the match is stopped for bad light. Serving first the next morning, Ashe is immediately broken and Laver serves his way into the final.

The other semi between #3 seed, Newcombe, and #2 seed, Roche, is the match of the tournament, twisting one way then the other till Roche eventually triumphs in five.

2021 NOVAK DJOKOVIC (Serbia)
Djokovic faces #4 seed, Zverev (the man who ended his chances of the "Golden Slam"). In a match that is the epitome of tense baseline tennis, fortunes swing to and fro, until Djokovic once again raises his level that bit higher than his opponent, finally winning: 4-6, 6-4, 6-4, 4-6, 6-2.

His final match is against #2 seed, Medvedev, who, although not at his best, wins easily in straight sets.

DJOKOVIC WILL PLAY FOR THE GRAND SLAM!

1933 JACK CRAWFORD (Australia)
Gentleman Jack has dropped only two sets on his way to the final against British legend Fred Perry.
He loses the first set 6-3 but fights back in a titanic second set, taking it 13-11. Crawford wins the third set 6-4 to go into the intermission only one set away from the Grand Slam (in those days the players took an allotted intermission after the third set).
Inexplicably, Crawford chooses to sit in his wet clothes while Perry goes to the dressing room to shower and change. To add to the unfolding disaster, Crawford's friend, Vinnie Richards, has spiked his tea with bourbon as a pick-me-up.
It doesn't work. Perry comes roaring out of the traps- "I just went mad!" Perry says. Crawford suffers a bagel. The season has finally caught up with him. He goes down with barely a whimper in the final set.
Perry wins the US Open: 6-3, 11-13, 4-6, 6-0, 6-1.
The first player to get within touching distance of tennis immortality falls at the very final hurdle.

Budge's final opponent is his doubles partner, room mate and nightclub-visiting companion, Gene Mako. Mako is only the second unseeded player in US Open history to reach the final.

But Budge dismisses any suggestion that Mako will roll over, "Gene was as likely to roll over and play dead for me as peace is to come in our time.

The final, however, is delayed for a week by the (unnamed) hurricane that devastates the North East.

When the game is finally played Budge takes the first set but Mako fights back, taking the second set (this is only the fifth set Budge has lost at the majors this season).

Don steps it up a gear, however. He allows Mako only three more games to become the first man in tennis history to win the Grand Slam.

1956 LEW HOAD (Australia)
21 year-old Budge has won admirers around the world for his muscular attacking play. He is firm favourite to secure the Grand Slam against his fellow 21-year old Aussie, Ken Rosewall, whom he has defeated in the Australian and Wimbledon finals.

The final is played in very blustery conditions at a lightning pace. The smaller, faster Rosewall scurrying around the court to repel Hoad's attacking thrusts.

"With the conditions, I handled them just that little bit better," Rosewall said.

1962 ROD LAVER (Australia)
Laver starts off strong, winning four straight points to break Emerson’s serve and win the first game. He goes on to dominate the first set and control the second, making up for an uncharacteristically inconsistent first serve with strong play at the net and booming topspin forehands.

Emerson finally finds his stride in the third set, winning 7-5, and, with the crowd on his side, struggles mightily in the fourth. But, after Emerson breaks Laver’s serve, Laver immediately breaks back and finishes off the hard-fought match 6-4 in the fourth set to bring home the U.S. Open title and the coveted Grand Slam.

Rain delays the US Open final between #1 seed Laver and #2 seed Roche until the Monday. The court remains waterlogged (despite the organisers bringing in a helicopter to hover over the court in an attempt to dry it). Roche leads Laver in their head to head and has beaten him 5 times out of 8 this season.

When the match gets underway Laver takes control and is serving for the first set at 5-3, but Roche fights back, winning the set 9-7.

It is then that Laver makes a decisive choice. He asks the umpire if he can play in spikes. The momentum of the match immediately switches. Laver takes the second set 6-1. Then a rain delay forces them off the court.

But the rain doesn't halt Laver's charge towards the Grand Slam. He is merciless in the next two sets, losing only four games. The final score:7-9 6-1 6-2 6-2

Laver is usually never one for ostentatious celebrations, out of respect for his opponent, but on this occasion he jumps over the net in joy, though he later admits to feeling “ashamed by my showboating”.

I have reserved a space for an historic match report for 2021. Two men completed the quest. Two men didn't.

Will Djokovic succeed or fail? It's been a privilege to witness the attempt, even as a Nadal fan.

Spencer Gore said:
Indeed! Budge was on fire all year.
Click to expand...

Budge won the weakest field GS ever, no doubt.
Djokovic will possibly win the second weakest GS ever.
D

thrust said:
WINNING big titles and top rankings is what counts, not a pretty game.
Click to expand...

Peer evaluation and recognition is more important than numbers of tournaments won.
P 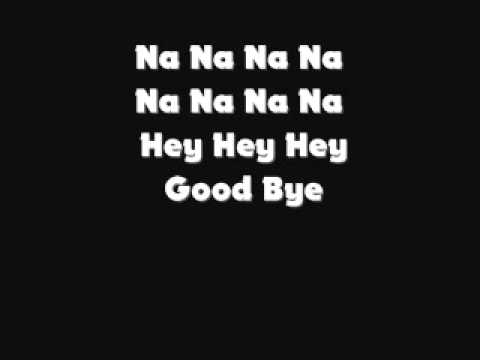 2021 NOVAK DJOKOVIC (Serbia)
Djokovic enters the final having conceded six sets in the tournament (by far the most of the previous Grand Slam contenders).
His opponent, Daniil Medvedev (the #2 seed) has only been on court for eleven hours and has been playing the best tennis of the tournament.
Things look ominous early in the match, Djokovic's legs seem heavy, his first serve percentage way down on his average for the tournament. The Russian takes the first set 6-4.
The games seem to race away, the few break point opportunities squandered by the Serb and he finds himself down 4-6, 4-6, 4-5: the emotions finally pouring out of him at the changeover. The match and the dream of the Grand Slam are lost six points later.
But in defeat, the Serb (without doubt the greatest player of the poly era) finally wins the love of the New York crowd.

Can he do it next year?

Lleytonstation said:
Can he do it next year?
Click to expand...

If he does at least I don't have to write all this stuff up again!

Spencer Gore said:
If he does at least I don't have to write all this stuff up again!
Click to expand...

Haha very true. Was a fun ride either way.

You'll have to wait fifty years before you make these kinds of threads again!

Bartelby said:
You'll have to wait fifty years before you make these kinds of threads again!
Click to expand...

Sadly, I think that was probably my last chance to see another Grand Slam. The younger fans here may be lucky one day.
A

You can not touch this

big 3 can not touch Laver CYGS

If you are going to mix together all slam winners across different competitions, why haven't you included the wheelchair slam winners?
A

Spencer Gore said:
If you are going to mix together all slam winners across different competitions, why haven't you included the wheelchair slam winners?
Click to expand...

i left this task for you to complete