Keep up the diligent work

Sysyphus said:
Am loving how dear Octobrina is intent on not so much covering Casper Ruud himself as the Rafa Nadal Academy's coverage of Casper Ruud

Is RNTA the home of the clever mind behind the decision to play Wimbledon without any grass preparation matches in bona fide tournaments?

I think his chances are around the .32% mark
S

I think his chances are around the .32% mark
Click to expand...

Auch. Oh well, I agree with our residential stringer too that he screwed up by not attending any grass warmups. He was never going far here anyway.

I think his chances are around the .32% mark
Click to expand...

This is Isner after breaking his foot though. He hasn’t played since Miami.
S

stringertom said:
This is Isner after breaking his foot though. He hasn’t played since Miami.
Click to expand...

Are you implying he would have to move?

Silence said:
Are you implying he would have to move?
Click to expand...

He’s about a foot taller than Hewitt but he just might be Rusty.

stringertom said:
This is Isner after breaking his foot though. He hasn’t played since Miami.
Click to expand...

Casper Ruud has also entered the men's doubles at this year's Wimbledon, partnering the South African player Lloyd Harris. They have been drawn to play Marcelo Arévalo of El Salvador and the Mexican Miguel Ángel Reyes-Varela in the first round. The winner of that match will probably play Bob and Mike Bryan, the no. 7 seeds.
Last edited: Jul 1, 2019

Fourth match on Court no. 2 on Tuesday: John Isner vs Casper Ruud. That court used to be known as the Graveyard of Champions...
Last edited: Jul 1, 2019

Not to be as John Isner outplayed and, at times, overpowered Casper Ruud earlier today in first-round action at Wimbledon, the American winning in straight sets, 6-3, 6-4, 7-6(9). The Norwegian had chances to take the match into a third set, but couldn't quite win the vital points and Isner will be glad to have gotten home in three.

MP sitter FH into the net said it all.

From Wimbledon to next week's Challenger tournament in Braunschweig, Germany, where Casper Ruud is the top seed and therefore benefits from a first-round bye. His first opponent will be a German player, either Julian Lenz or the defending champion, Yannick Hanfmann.

A laborious win for Casper Ruud against Yannick Hanfmann earlier today in his first match at the Braunschweig challenger. The Norwegian was 3-5 down in the first set, but pulled back to 5-5, only to lose the set in the subsequent tiebreak. In the second set Ruud led 4-2, but had to serve to stay in the match three games later at 4-5. This he managed to do and then broke and held to tie the match at one set-all. In the final set Ruud recovered from 0-2 down to lead 5-3, but was broken to 15 when serving for the match at 5-4. However, he again recovered to break his opponent's serve in the next game before serving out for a 6-7(5), 7-5, 7-5 victory.
Last edited: Jul 9, 2019

After a poor showing as top seed at this week's Challenger tournament in Braunschweig, where he lost in the quarter-finals to Thiago Monteiro, Casper Ruud has moved on to Bastad for next week's Swedish Open. The Norwegian has been seeded no. 7 in the singles event and in first-round action will face Damir Dzumhur of Bosnia and Herzogovina.
J

Casper getting a lesson by world nr 95 Dzumhur 4-6, 2-6. He was lucky to get 4 games in the first set. Absolutely horrible to watch.

Jonas78 said:
Casper getting a lesson by world nr 95 Dzumhur 4-6, 2-6. He was lucky to get 4 games in the first set. Absolutely horrible to watch.
Click to expand...

On clay in Scandinavia is not the place to take a beatdown from slumping Dzumhur.
J

stringertom said:
On clay in Scandinavia is not the place to take a beatdown from slumping Dzumhur.
Click to expand...

Federer, Casper, failing #NextGen, and the forum-trolls on speed.

Federer, Casper, failing #NextGen, and the forum-trolls on speed.

So we have to move to 17y olds to find something exciting besides Big3?

Jonas78 said:
So we have to move to 17y olds to find something exciting besides Big3?
Click to expand...

Special 17-year-olds! The other teen from the early August vein of solid gold prospects is exhausted and won’t play until Washington.

Hope for another Sin Win on Thursday vs Bedene!

Casper Ruud has been drawn to play Robin Haase in the first round of next week's tournament in Hamburg. The winner of that match will take on either Andrey Rublev or the no. 8 seed, Cristian Garin.

An early start in Hamburg tomorrow (Tuesday) for Casper Ruud. His match against Robin Haase has been scheduled for 11.30am local time. The winner of that encounter will play Andrey Rublev who upset Cristian Garin earlier today in straight sets.
Last edited: Jul 22, 2019
J

Couldnt watch the match unfortunately, but he needed a win now. Anyone watched? How did he play?

A solid enough performance from Casper Ruud against Robin Haase earlier today in Hamburg, although after winning the first set the Norwegian had a dip in form in the second, which allowed Haase to even the score. However, in the third set Ruud broke serve early on and again later in the set before serving out for victory. Ruud showed much more initiative in the last set, was full of positive energy and kept down his unforced errors, whereas Haase looked lethargic and displayed very negative body language as if he didn't really believe he could win the match. The final score was 6-3, 3-6, 6-1.

Casper Ruud has moved on from Hamburg to Kitzbühel where in first-round singles action on Tuesday he takes on the Spaniard Pablo Carreño Busta, the no. 8 seed.

An encouraging performance from Casper Ruud earlier today in first-round action at the Kitzbühel tournament, where his opponent was Pablo Carreño Busta, the no. 8 seed. The Norwegian began the match as if he was in a hurry, winning six of the first seven games as he took the opening set 6-1 with some impressively aggressive play.

In the first game of the second set Ruud had a break point on the Spaniard’s serve, but hit a forehand long. This error signalled a dip in form from the Norwegian, who was broken at 2-3 and soon found himself 2-5 down. The Spaniard eventually took that set 6-3.

In the third set games were 1-all when the Norwegian rediscovered his excellent form of the first set. He broke at 2-1 and again at 4-1 before serving out for a 6-1, 3-6, 6-1 victory. If he can learn to play more consistently during the course of a tournament, Ruud should soon find himself inside the Top 50 in the world rankings.

Earlier today, at the Austrian Championships in Kitzbühel, Casper Ruud defeated the German player Mathias Bachinger to reach the quarter-finals. At one stage the Norwegian led by a set and a break, but was himself broken in the second set as Bachinger levelled to 4-all. At 5-all Ruud broke again, but dropped serve in the next game when serving for the match. In the ensuing tiebreak Ruud built an unassailable 6 points to 2 lead before closing out the match, 6-4, 7-6(3). His quarter-final opponent is the experienced Uruguayan Pablo Cuevas, the no. 4 seed, who will test the Norwegian.
Last edited: Jul 31, 2019

Casper is into the ATP250 Kitzbuhel SFs after defeating Pablo Cuevas 3&6(4) today.

NCH #55 and a win on Friday vs last week’s Gstaad champion ARV would get him to Top 50.

Yes, another very good performance from Casper Ruud earlier today to reach the semi-finals in Kitzbühel after beating Pablo Cuevas, the no. 4 seed. Although he dropped serve when leading 6-3, 4-3, the Norwegian had really staked a claim to victory earlier in the match when, from 2-all in the first set, he won six out of seven games to lead 6-3, 2-0. During that run he played a very efficient, offensive game without making many unforced errors. He served superbly and hit several crunching winners on his favourite forehand side. The Cuevas tactic of targeting the Ruud backhand, an improved stroke, had litle or no effect.

At 4-3 in the second set Ruud played his worst service game of the match, but at 4-5 and 5-6 he displayed great mental strength to hold, not allowing Cuevas a set point. In the tiebreak that followed, the Uruguayan led 2-1 with a mini-break before Ruud began to pile on the pressure again. Cuevas had no answer to the Norwegian's rock solid game as Ruud took six of the last eight points for the tiebreak and the match, 6-3, 7-6(4).

All this hitting with Rafa and he still can't beat frickin' ARV. 0-3.

Yes, a disappointing performance from Casper Ruud earlier today in the semi-finals in Kitzbühel against the Spaniard Albert Ramos Viñolas, who is the Norwegian’s bête noire, having now beaten him in all of their four encounters. The most recent one before today’s match was in the final round of qualifying at this year’s Madrid tournament, where Ruud led 6-2, 5-2 before losing.

In the first set in today’s match in in Kitzbühel Ruud started as he had done in Madrid, breaking early to lead 4-1 and then 5-2. At 5-3, Ruud served for the set, but was broken. However, in the next game he had a set point on the Spaniard’s serve, but couldn’t convert it. In the next game Ruud was broken again and then Ramos held comfortably to take the first set, 7-5.

Ruud was taken to deuce in the opening game of the second set before holding. At 3-all he saved three break points, but at 4-all he was broken to 15 before Ramos held, also to 15, to win the match, 7-5, 6-4.

Casper Ruud is back in action this weekend in Cincinnati, where he is trying to qualify for the main singles draw and has been seeded no. 6 in qualifying. Earlier today in his first qualifying match he beat the American Bradley Klahn, 7-6(5), 7-5. On Sunday, in the second and final round of qualifying, Ruud will play Argentine Federico Delbonis, the no. 9 seed.

A battling three-set win earlier today by Casper Ruud over Fedrico Delbonis saw the Norwegian qualify for the main singles draw at the Western and Southern Open in Cincinnati. The final score was 6-7(5), 7-5, 6-3.

In a quirk of the draw, Casper draws another lefty Argentine in 1R on Monday. Let’s hope it’s more competitive than 1R USO’18, won by Guido Pella 4,4&1.

After a missed opportunity to gain some points in Cincinnati, Casper Ruud has entered next week's Winston Salem Open, where he is the no. 12 seed and thus the beneficiary of a first-round bye. In his opening match he will face the winner of the encounter between the South African Lloyd Harris and the Spaniard Jaume Munar.

Earlier today Casper Ruud won the first set of his match against Lloyd Harris easily, 6-1, but then the South African retired with an injury. The Norwegian next plays either Steve Johnson or the no. 5 seed, Dan Evans, for a place in the quarter-finals. 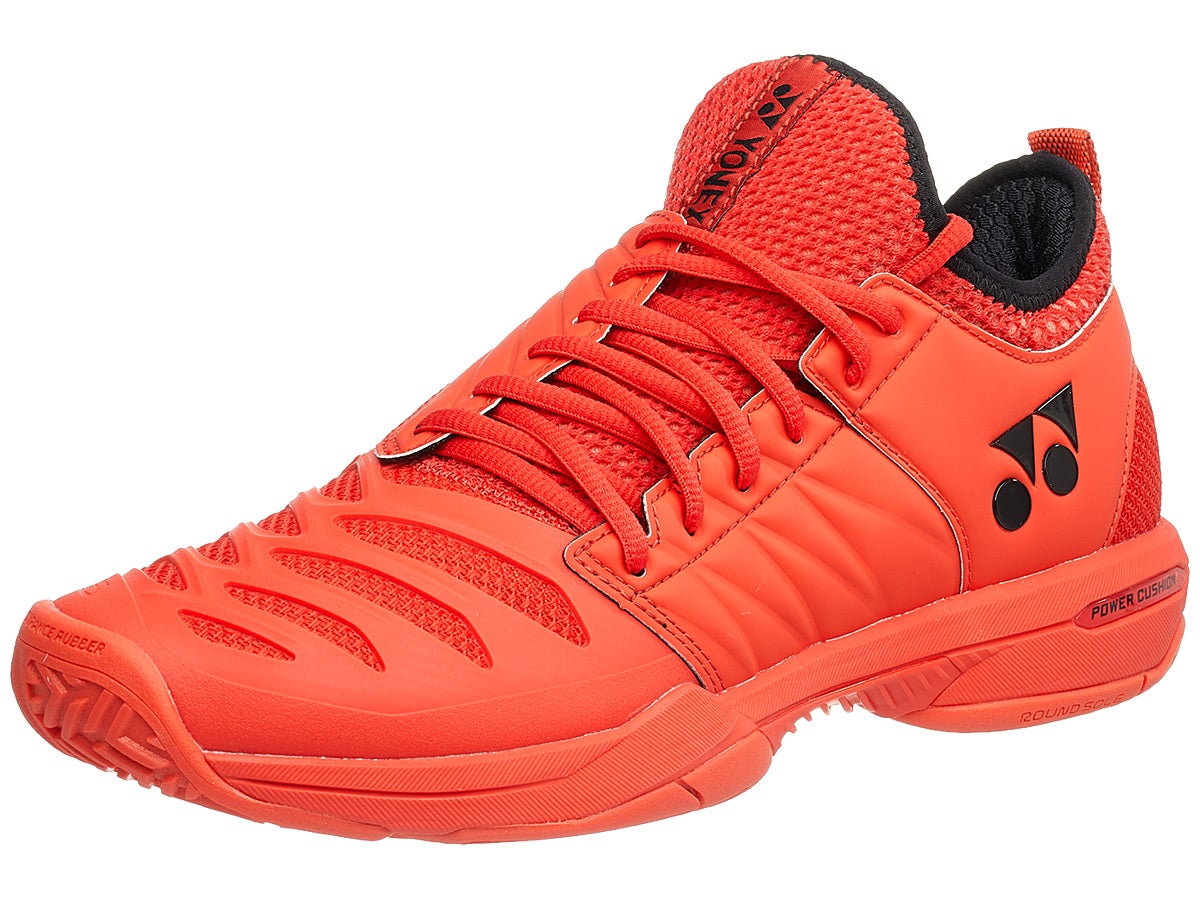 A winnable match for the Norwegian, nevertheless, if he can find some form on the cement.

Sticking around in Euroclay post-RG events is not the way to prep for USO when experience on HC could have prepped him better than two qualies wins at Cincinnati and one MD win in W-S. Los Cabos was a soft landing but he stayed to play Kitzbuhel.

A straight sets defeat for Casper Ruud earlier today in first-round action at the U.S. Open where he was beaten by Jan-Lennard Struff, 6-4, 6-4, 6-2.

Will there ever be a successful career off the dirt for our Ghost??? Can he overcome the Meles KOD planted on his cheek at Rio’17???