So while waiting for some parts for my ancient Klipper, I strung a racket on my neighbor's Czech Tension crank machine (looks like this) 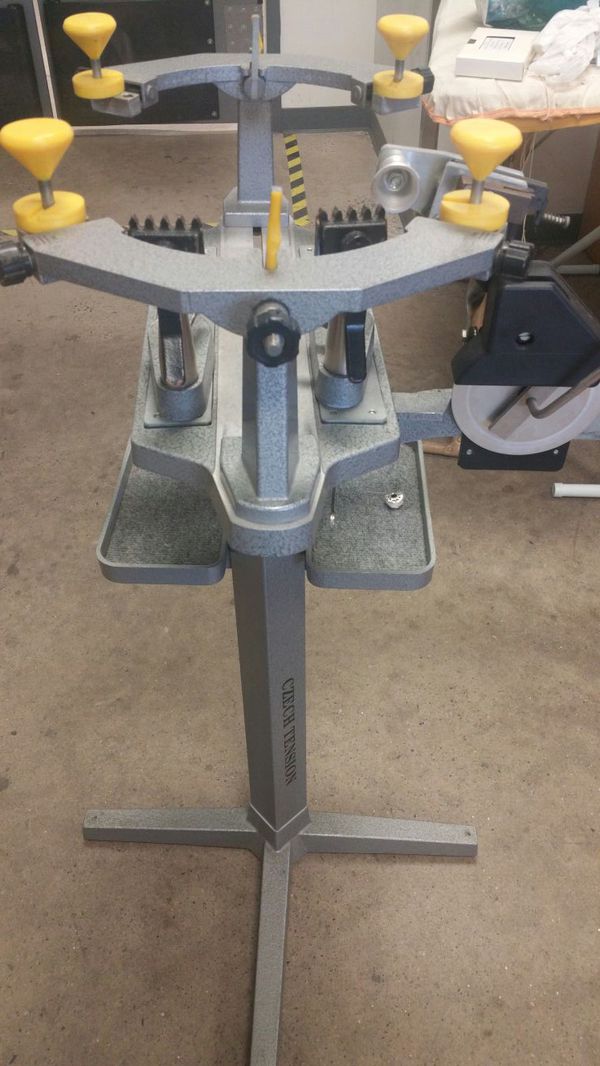 He said he strung his rackets @ 60 and his felt loose compared to mine so I strung @70. Did not crank fast, clamped off pretty quick.
Came off the machine @60. As you can see the tension dropped a lot (this racket only has maybe 2 hours hitting on it). 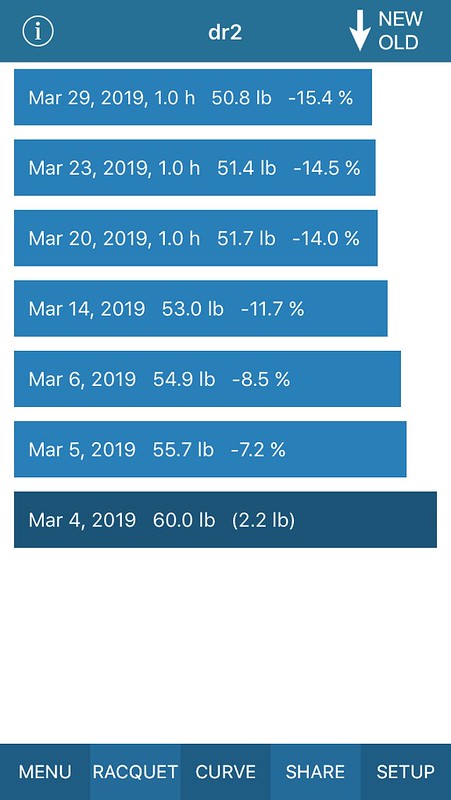 Comparing to the racket I strung previously on the Klipper, the tension dropped so much faster (with little play).

This was strung on the Klip @63. Same racket, same string (Kirsch PLII 18/OGSM17). String job probably has 15-ish hours on it by March 3.
So lots of play but much less tension loss.

Would you consider this a normal difference between DW (CP) v Crank (LO)? Or more likely stringer error? 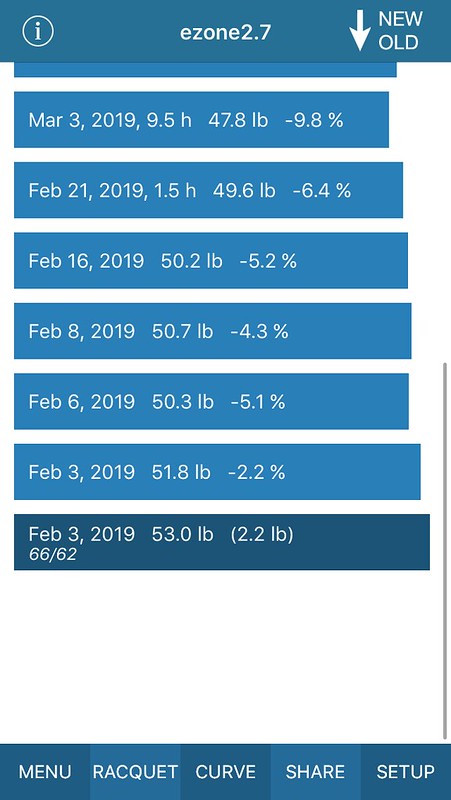 They don't start out at the same tension so it's not really an apples to apples comparison. My intuition tells me you lose tension comparatively faster if the initial tension is higher, all else being equal

The only valid way to compare is to start with the same tension and at as close to the same time as possible, then subject both racquets to the same conditions (use equally and store in the same place)

How did that 2nd string job increase in tension at one point?

For the crank job, that seems excessive loss to me. Higher reference tension should have less relative tension loss, according to all the statistics I've seen.

Sent from my LG-LS993 using Tapatalk

Agree with @jm1980. This is an apples to oranges comparison times three. Different racquets, different tensions, different amt of play. I would not try to draw any conclusions based on this. But I AM wondering why anyone would feel the need to string a poly at 70 lbs.
B

10shoe said:
But I AM wondering why anyone would feel the need to string a poly at 70 lbs.
Click to expand...

Some people are born with iron elbows. Don't judge.

I realize it's not a totally apples to apples comparison. It is the not exact same racket but it is the same type of racket (I have 4).

I was surprised the tension dropped so much on the crank v DW, especially with very little play. This morning it's down to 50.2, which is about where I like them to be. Thought I would have to cut it out when it came off the machine at 60# but now it's fine.

I strung the crank at 70 because I was guessing, trying to replicate the DW tension, not because I have a steel elbow lol.

And a softer 18g poly crossed with a 17g syn gut on a relatively open pattern isn't exactly an elbow killer to begin with.

btw my string meter reading pretty much coincides with my RT readings...but what the 'real' tension is I'll never know!