Mike Sams said:
Djokovic being 34 might have something to do with it. Recovery time and endurance becomes more of an issue with age.
Plus Zverev has smashed him before in BO3. It's not that big of a surprise. Zed's peak level is enough to beat any of the big 3. He just lacks the mental fortitude and consistency a lot of the time.
Click to expand...

Well Zverev didn't even play that well. Novak just basically tanked the match after NOT converting the breakpoint in set 2. He won 1 game after that.
Honestly, Zverev didn't play anywhere close to his peak.

Djokovic_is_the_best#1 said:
Yep Djokovic is human and he hit a wall today. Zverev surprised him with his peak play especially in set 2 and 3 and djoko just couldn’t halt the Zverev train at that stage. Djoko did not expect Zverev to fight back the way he did but like you say that’s sport.

I always felt Zverev is a tough matchup for djoko when he’s on. Novak and Rafa will both no doubt be worried about him for the us open. As when the Germans on he can blow anyone off the court. The problem for Zverev is consistency and doing it for 7 best of 5 matches. He’s getting closer though.
Click to expand...

I don't think Djokovic can be all that surprised with Zed's fight back. Zed has fought back before from a set down. He's blown Djokovic off the court a few times with power. Djokovic knew what to expect if Zed played at peak level. I think Djokovic is under pressure more and more considering he's chasing history and he's needing more recovery time. He's not a young guy any longer.

TennisFan3 said:
Well Zverev didn't even play that well. Novak just basically tanked the match after NOT converting the breakpoint in set 2. He won 1 game after that.
Honestly, Zverev didn't play anywhere close to his peak.
Click to expand...

I can't see Djokovic purposely tanking considering the historical significance of this match. This wasn't a 250 or 500 or a Masters. This was Djokovic trying to win his first Gold medal and win the Golden Slam. You're trying to discredit Zverev in every way. If you even watched the match, you could see that Djokovic was basically playing a bigger, stronger and more powerful version of himself in sets 2 and 3 in that match. Zverev is a powerhouse when he's on.

TennisFan3 said:
You always say that bro but Novak wins. I really feel that it will be Novak vs next gen.
I think people are expecting too much of Nadal. I feel the Spaniard is done (at least for this year). Withdrawing from Wimbledon send a clear messsage.

So who will beat Novak in UsOpen? One would think Medvedev/Titspas/Zverev/Thiem would have a chance. Except:
So who will actually stop Novak in the UsOpen? Please don't tell me it's Shapavalov or Matteo.
Click to expand...

Djokovic can also stop himself. He imploded today with some bad errors. The guy is human and the us open hasn’t always been his best event. He hit a mental wall today and the amount of tennis he played caught up with him. A rest is what he needs.

I have every faith he will rebound from this though. Djoko needs a rest after his bronze matches more than anything. I feel he also missed having his full team and coaches with him too. Being in a bubble, with no fans, hot and humid weather wasn’t ideal.

Djoko is less vulnerable in best of 5 but the man hasn’t looked always at his best. Even at the 3 slams he won this year he played well but sometimes he wasn’t always great. The fact though was no one could punish him when they had him on the ropes in sets. Djoko mental strength on big points saved him.

At the us open he has to avoid those situations more because eventually he won’t keep getting away with it. Like today Zverev didn’t let him off the hook when he got ahead. The us open conditions and surface are not ideal for Novak either. Not like the Wimbledon and Australia court and conditions are.

I think Nadal has a chance and he’s clearly been targeting this. He’s skipped or tanked Wimbledon before and then won the us open so we can’t rule him out. Let’s wait and see how he looks on the warm up events. Zverev will gain confidence from this and players like medvedev, Tsitsipas, will be in mix.

I believe Djokovic will be better prepared for us open but for me he’s just a co favourite with Rafa and the leading next gen. The pressure of the CYGS chance will weigh on Djokovic too as well as the pressure of the noisy American crowd. Although I feel the crowd is what he needs as maybe Novak lacked that extra energy today.

Overall I think djoko is in with a chance like a few others but I said before he’s not gonna keep winning. He’s already achieved a dream year winning the first 3 slams and catching Fedal anything else is a bonus this year. It will be a fun event and us open series.
Last edited: Jul 30, 2021

Mike Sams said:
I don't think Djokovic can be all that surprised with Zed's fight back. Zed has fought back before from a set down. He's blown Djokovic off the court a few times with power. Djokovic knew what to expect if Zed played at peak level. I think Djokovic is under pressure more and more considering he's chasing history and he's needing more recovery time. He's not a young guy any longer.
Click to expand...

I agree which is why I’m glad he’s tied fedal at 20 slams as quick as he did. This was the worry that the next gen would get better and better and start stopping him. This may be about to happen at the slams soon but I’m more relaxed now as Novak has the 20 slams in the bag. It would be worse if he still on 17 but he’s caught up so the pressure is off a bit.

Obviously Novak feels pressure because he puts pressure on himself, wants the slam record and also the CYGS but I think it helps him relax a bit he’s caught his main 2 rivals and ahead in overall stats. Djoko obviously wants more but the main task is done.

The worry for many Djokovic fans was Djokovic had to much to do to catch fedal and the next gen would stop him but that hasn’t happened in time. Novak may even just get the lead before they take over but we will see as Rafa might come back strong. Fed is done though I think.

Zverev you're a legend forever.

Vamos Rafa Nadal said:
I found the full match on youtube. I watched the second half of it, where Zverev won 10 of the last 11 games. (Djokovic had won 9 of the first 12 games in the match).
Click to expand...

SonicNirvana said:
same **** for Rafa at the RG. Best of Three against Zverev is not a walk in the park. Also the law of averages had to catch up with Novak at some point.
Click to expand... 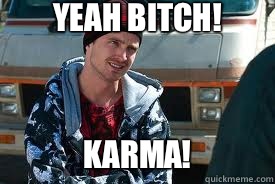 At Australia, missed so many chances.

At French, made a 5 set semifinal thus making Nadals a night match. Had he lost in 3 sets, Nadal was at advantage at a day match
Click to expand...

You forgot to add that he would’ve fared better in the final than Tsitsipas because he can drive the double hander down the line with much more ease than the Tsitsipas one hander.

mike danny said:
Yawn, Djokovic in whatever it takes. Zverev stands no chance.
Click to expand...

mike danny said:
Yawn, Djokovic in whatever it takes. Zverev stands no chance.
Click to expand...

No one could see it coming, dear.

ChristianWilson1989 said:
No one could see it coming, dear.
Click to expand...

Odds were it was totally on the cards, and Zod was the one to do it. 22 Match winning streak? - Noles luck ran out. Even the luck of devil runs out eventually. And oh the Joy ! I can die a happy man. no points. djokovic plays for points/slams. the win streak is over though as olympics count for win streak.

BeatlesFan said:
You're literally the only human being on earth who would make that trade. It's like trading a sleeping bag on the street for a beachfront mansion worth 50 million. But everyone's entitled to their own opinion.
Click to expand...

I think a few would make that trade. I prefer Nole being happier more than having a "stronger claim" on an internet forum. I also personally value the Olympics quite highly but I won't get into that whole debate.

I just watched this match.

Zverev instantly turned the shift around at 3-2 with a few bomb DGAF strokes.
His serve was massive in the 3rd set, as well.

Zverev instantly turned the shift around at 3-2 with a few bomb DGAF strokes.
His serve was massive in the 3rd set, as well.
Click to expand...

thanks for info for many of those who didn't watch
P

BeatlesFan said:
All those claiming “this is gonna be such a close match, impossible to call!” will wake up to a 6-3, 6-2 Djoker win. Zverev has 1% chance, if that.
Click to expand...

Federer and Del Potro said:
People really handwringing Giraffe Boy because he beat a bunch of plumbers to get here. TTW never ceases to amaze.
Click to expand...

How about now? Are you amazed now?
P

Krish0608 said:
Clutchness is a lost quality in the Next Gen. None of them know what it means to be clutch. They are clueless on how to pace themselves. The youngest clutch guy on the tour is Novak Djokovic.
Click to expand...

Zverev seemed pretty clutch to me, but you're the expert
P

mike danny said:
Djokovic is not losing to a Next Gen player.

He just lost a set, big deal. He can't win every match in straights. Even lost a set to Berrettini.
Click to expand...

pcft369 said:
How about now? Are you amazed now?
Click to expand...