I am travelling to NYC from the UK to watch the US Open, this will be my first time attending the tournament. We have booked tickets for the opening Monday, day pass and then evening session tickets on Ashe.

I was wondering, are the practice courts open to spectators? We were hoping to use the day session to move around the tournament grounds catch a game or two on the outside courts but also wanted to catch some of the top players not playing that day on the practice courts.

Does anyone know if spectators are allowed at practice? Please let me know if you have any tips re practice sessions or the US Open in general.

Yes. There is now stadium-style seating on the upper levels that observe the five practice courts. 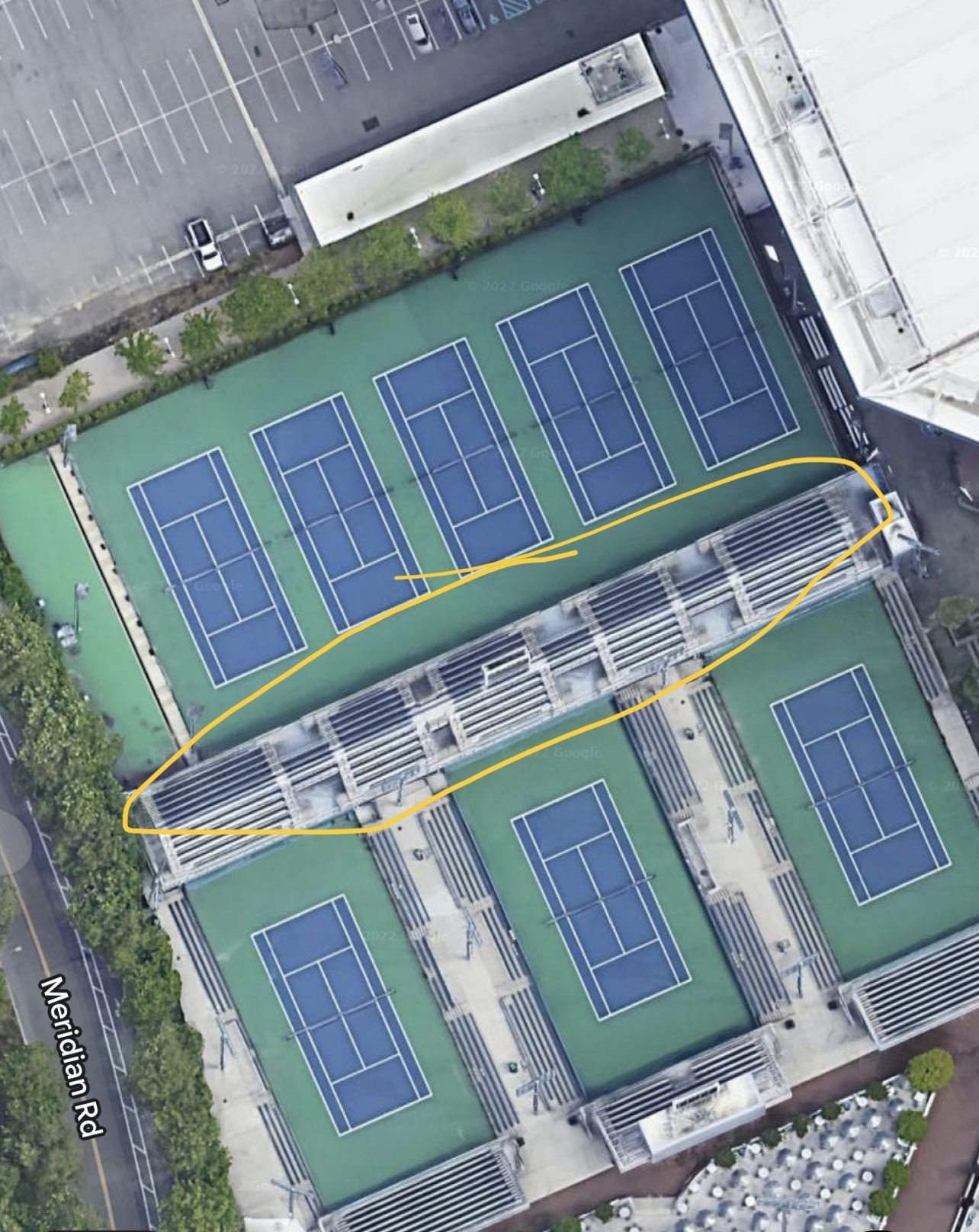 Are you, as a spectator, allowed to use the practice courts during the tourney? No.

If you arrive in NY early, go to the qualifying event. In addition to seeing some great tennis, you'll see many of the big names practicing. Enjoy your time at the USO>
C

If you sit in the top row of the north baseline seats facing Courts 4-6 (the three courts on the bottom of the photo in Post #2), you can:

Incidentally, I strongly recommend checking out various matches on the outer courts during the day session (and possibly the early portion of the night session). The best outer courts at the USTA National Tennis Complex are Court 17 (the #4 court at the complex), Courts 10 & 13 (especially if you can snag one of the small number of baseline seats), and Courts 4-6 (discussed and shown above). The new Armstrong Stadium is excellent, and Grandstand is very good but perhaps a bit too big. Those two courts, especially Armstrong, also have a good bit of shade.
R

I enjoyed my time most at the outer courts, better even than my Ashe tickets.

18x20 ftw said:
I enjoyed my time most at the outer courts, better even than my Ashe tickets.
Click to expand...

I couldn't agree more. The outer courts is where the action is. It is open seating and you are so close to the court. That's why I always just mainly buy the ground pass.
T