Which abstract concepts induce an existential crisis within you?

One of the things which has always bugged me, is what's really going on in our "mind's eye" when we imagine something.

We can picture an image, and really "see" it, but what is the actual physical reality of that thought?

If - for example - someone mentioned a pink hippopotamus riding a tricycle, then you'd immediately be able to "visualise" the thought.
S

Physical reality is firing of neurons. But the topic you mention has been studied a lot. Should be plenty of material out there.

sureshs said:
Physical reality is firing of neurons. But the topic you mention has been studied a lot. Should be plenty of material out there.
Click to expand...

Both are processed in the same regions of the brain, but coming from the different pathways of the eyes and imagination. I find it equally interesting that my brain is able to construct images, like the face of someone I met in the past, but it is never exact and usually somewhat elusive when I focus on details.

Imagination and Reality Look Different in the Brain
By Christopher Wanjek

"Turn off your mind, relax, and float down stream..."

Maybe John Lennon was onto something when he wrote those words for the Beatles' song "Tomorrow Never Knows."

It turns out that that reality and imagination flow in different directions in the brain, researchers say. The visual information from real events that the eyes see flows "up" from the brain's occipital lobe to the parietal lobe, but imagined images flow "down" from the parietal to the occipital.

"There seems to be a lot in our brains and animal brains that is directional — that neural signals move in a particular direction, then stop, and start somewhere else," said Dr. Giulio Tononi, a psychiatry professor and neuroscientist at the University of Wisconsin-Madison and one of the study's co-authors. "I think this is really a new theme that had not been explored."

The finding, published in the November issue of the journal NeuroImage, may lead to a better understanding of how the brain processes short-term memories and how memory is connected to imagination, the researchers said.

By "flow," the scientists are referring to the general direction of electrical signaling of neurons in the brain. This direction is oriented against the various lobes of the brain. [Inside the Brain: A Photo Journey Through Time]

The occipital lobe sits in the lower, back part of the brain. Containing the visual cortex, this lobe's primary function is to process visual information. The parietal lobe lies above the occipital lobe, and its primary function is to integrate sensory information, such as vision, but also touch and sound. In doing so, the parietal lobe assembles elementary building bricks from so-called "lower-order" brain regions to create concepts, said Daniela Dentico, a researcher at the University of Wisconsin-Madison and lead author on the report.

A leading theory in image processing "posits that our visual mental images are not stored somewhere in the brain, but get actively reconstructed," Dentico told Live Science. The brain does this, she said, by reversing the order it uses for visual perception. She described this as the "top-down" direction, which starts from the big concept and moves back toward the smaller elements.

"Our study represents the first direct measure of the prevalence of top-down signal flow during imagery," Dentico added.

To determine the flow of neural firing, the Madison researchers, along with scientists at University of Liege in Belgium, asked study participants who were hooked up to an electroencephalography (EEG) machine to watch videos or to imagine fantastical scenes, such as traveling on a magic bicycle. EEG is an established technique that uses sensors on the scalp to measure underlying electrical activity.

But because the brain isn't "quiet," EEGs tend to reveal the cacophony of brain activity, said Barry Van Veen, a professor of electrical and computer engineering at Madison and senior author on the report.

So, to zero in on the flow of reality and imagination, the researchers created complex statistical modeling requiring high-throughput computing. From this, they could determine, for the first time, the average directional flow of neural firing during the tasks of seeing and imagining.

The researchers could not determine, however, whether imagination originates in the parietal lobe. It may instead flow through the parietal lobe from the frontal lobe, the brain region most associated with human intelligence. This is a topic for further investigation, the researchers said.
https://www.livescience.com/49244-imagination-reality-brain-flow-direction.html

Opening the door to a hotel room in a strange city: reality, imagination, or existential crisis? 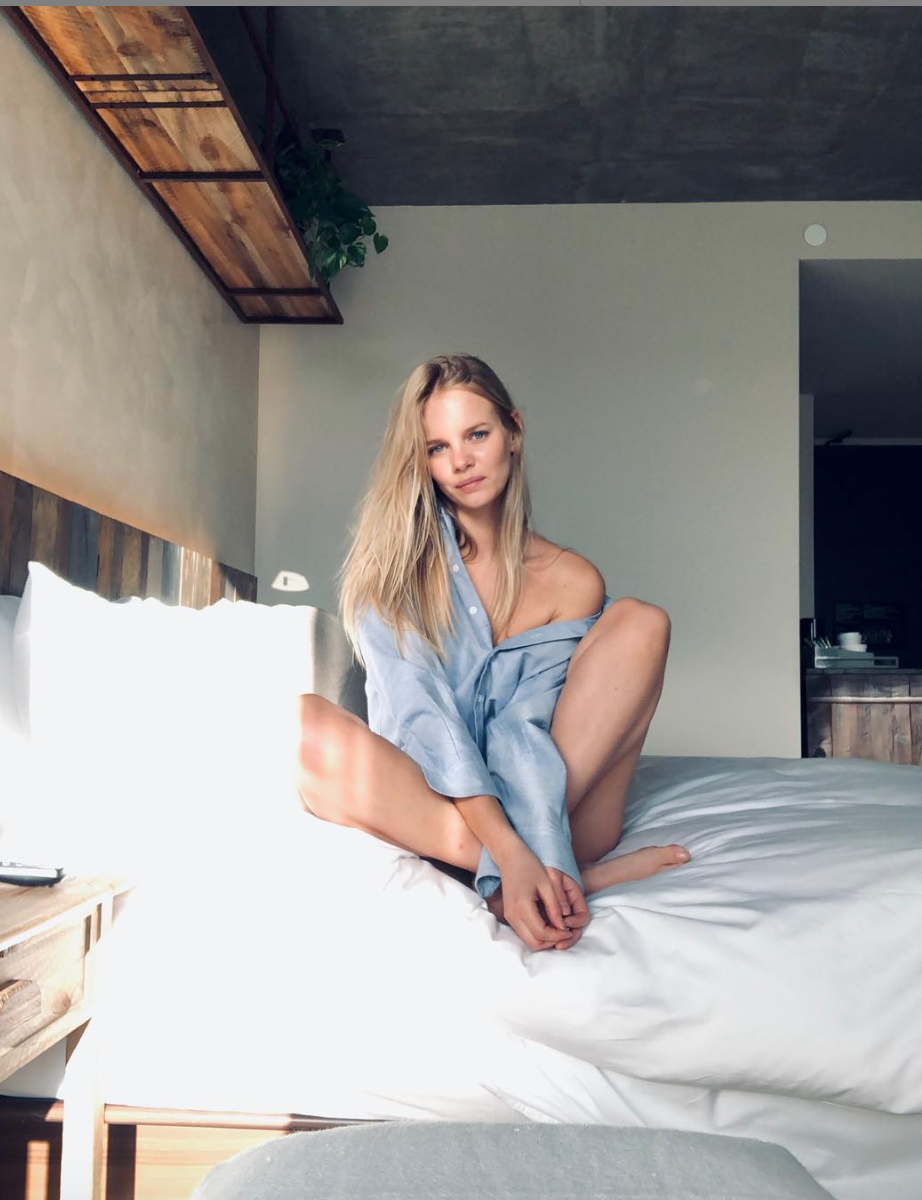 Hahahahaha! I will not comment on reality and imagination moment viewpoint, directional; on existentialism since I had taken modern philosophy class at the graduate level and talk about this topic the in relationship with Camus, Kierkegaard, Sartre, Heidegger, Pascal. You guys are on your own to debate it to infinite and throw the modern art world into this while at it too! Hint: No answer is wrong!

TimHenmanATG said:
what's really going on in our "mind's eye" when we imagine something.
Click to expand...

Neurobiologists tell us that if we imagine, for example, that Andy Murray might win another important title, the PET scan findings indicate activity in the same areas of the brain that are most active when a paranoid schizophrenic is in a very delusional stage of his illness.
S

I have met people having a middle-age crisis, but nobody at all that claimed to have an existential crisis.
Basically, existentialism is a philosophy of freedom- from having the meaning/purpose of our lives restricted
by the weight of human history- and should feel more like a "zen" moment than than a death sentence.

I'm, also, not sure how the mind's eye, seeing imagined images, relates to existential awareness. Of course one way hunans think is through
the use of words and symbols, but even other animals, that have no language, also think- and must primarily do so
in images, sensory impressions, and emotions and feelings that have evolved over time. Even at the non-language level, recalling these basic
elements (images etc.), and having the ability to manipulate them and imagine new possibilities, is what thinking is all about. It is about survival- not just the arts.

Harry_Wild said:
I had taken modern philosophy class at the graduate level and talk about this topic the in relationship with Camus, Kierkegaard, Sartre, Heidegger, Pascal.
Click to expand...

there are people who lack the ability to visualize with their mind's eye. the condition is called aphantasia

TimHenmanATG said:
We can picture an image, and really "see" it, but what is the actual physical reality of that thought?

If - for example - someone mentioned a pink hippopotamus riding a tricycle, then you'd immediately be able to "visualise" the thought.
Click to expand...

There is no physical reality because there are no pink hippopotamuses.

When I was a teenager, I read a lot of books on philosophy and psychology because I always wanted to figure out the meaning of life, what my true purpose was etc. I would say that I was either an existentialist or in an existential crisis for a few years in those days because I think it is by definition related to feeling like daily life has no purpose or meaning and constantly seeking something better. It was probably related to feeling alienated from the society I grew up in for a number of reasons especially in my late high school and early college years.

I decided at some point in college that the only meaning of life I needed to care about was to just be happy in day-day life and I think I got out of my existentialist crisis at that point and stopped worrying about whether I fit in with the rest of society. I also got more extroverted when I was in college and that helped too to become at ease around people and particularly girls. By the time I was 21, I moved to the US on my own to go to graduate school, developed my own philosophy of life combining Eastern/Western concepts I liked and haven’t looked back since as I would say that I’ve been a happy person most of the time ever since. Major crisis like bad health, bad things happening to people you love, fear of death, loss of jobs, divorce etc. can put anyone in a funk or an existential crisis briefly, but these are not abstract things but reality affecting people.

TimHenmanATG said:
One of the things which has always bugged me, is what's really going on in our "mind's eye" when we imagine something.

We can picture an image, and really "see" it, but what is the actual physical reality of that thought?

If - for example - someone mentioned a pink hippopotamus riding a tricycle, then you'd immediately be able to "visualise" the thought.
Click to expand...

One of mine is, for example:
Is my perception of colors, shapes, tastes, hot/cold, etc. the same as another person's perception? We gave a name to certain things, so we agreed that the sea is blue, but is our perception of 'blue' the same, irregardless of the same name we give to it?

FranzS said:
One of mine is, for example:
Is my perception of colors, shapes, tastes, hot/cold, etc. the same as another person's perception? We gave a name to certain things, so we agreed that the sea is blue, but is our perception of 'blue' the same, irregardless of the same name we give to it?
Click to expand...

I had similar thoughts regarding the pink hippo riding a tricycle. Everyone will conjure a different image. Is the pink hippo imagined riding a tricycle with a blank background, or is it in a specific location? Why did the mind conjure that location? If two birds eating a pizza in the master bedroom is imagined, what kind of birds, pizza, and master bedroom is conjured in individual minds? If the image immediately pops in the mind, why did the brain make those choices? If the image is conjured like a film director choosing the bird, type of pizza, and bedroom in a sequential process, what did the brain draw upon to create the mind's scene?
You must log in or register to reply here.
Share:
Facebook Twitter Reddit Pinterest Tumblr WhatsApp Email Link
Top