Who has the greatest two-handed backhand in tennis history?

I am going to say Novak Djokovic. Just the way he hits it is really nice.


By the way, my Youtube channel is Tennis Universe

Just the stroke itself or the stroke combined with movement and reliability?

Stroke itself would be David Nalbandian. The entire package would be Djokovic.

Of those I've seen, Andre Agassi and Novak Djokovic are the standouts

Agassi's was more explosive, more a weapon. But Djokovic's has been more reliable, consistent, trustworthy

I'd go with Djokovic - by its nature, the backhand is more a shield than sword, and Djoko's was the steadiest

And amidst the steadiness, he always pressured his opponents with it... not necessarily forcing an error but, shall we say encouraging errors

Going backhand to backhand with Djoko, one felt he wouldn't be the first to blink

And of course, no right hander has handled Rafael Nadal's monster crosscourt forehand as well as Djoko

I think he could have done still more with it offensively (like Agassi and the far less consistent Safin did) but understand his choosing not to... if it ain't broken, don't fix it type reasoning

From what I can tell Nalbandian has the best angles, Safin has power, Agassi/Kafelnikov can take it early and change directions easily, while Djokovic/Murray defend very well. Slice maybe Murray and Nalbandian from this list, but I can't tell.

If there is anyone who scores highly in all areas, it is probably Djokovic, though his slice isn't that good and he doesn't hit the hardest BH either.

I wonder how many times this question was asked on this forum.
M

This needs a poll. Definitely.

With a Federer option, of course, so he can win it by a landslide, as is right and proper.
T

Sorry but Kei's is the best.

Decent statistical arguments have been made to suggest that Kei Nishikori has the best backhand of active players. Murray and Djokovic come out about equal, some distance short of Kei. Agassi was way ahead of the pack back in his day.

But if you haven't won slams, preferably 10+, you usually lose by default in these discussions. There are even a lot of people who argue Pete had a better serve than Karlovic.

I like Kei's backhand, but it's not as reliable as Djoko's. Although Kei tries to do more with it while Djoko hits a safer ball. What makes Djoko's backhand so effective is that he can change direction effortlessly. He can switch it down the line with good net clearance. No need to rip it 90 MPH.

Agassi and Djokovic. I prefer Agassi's shot, but Djoker's was absolutely killer. 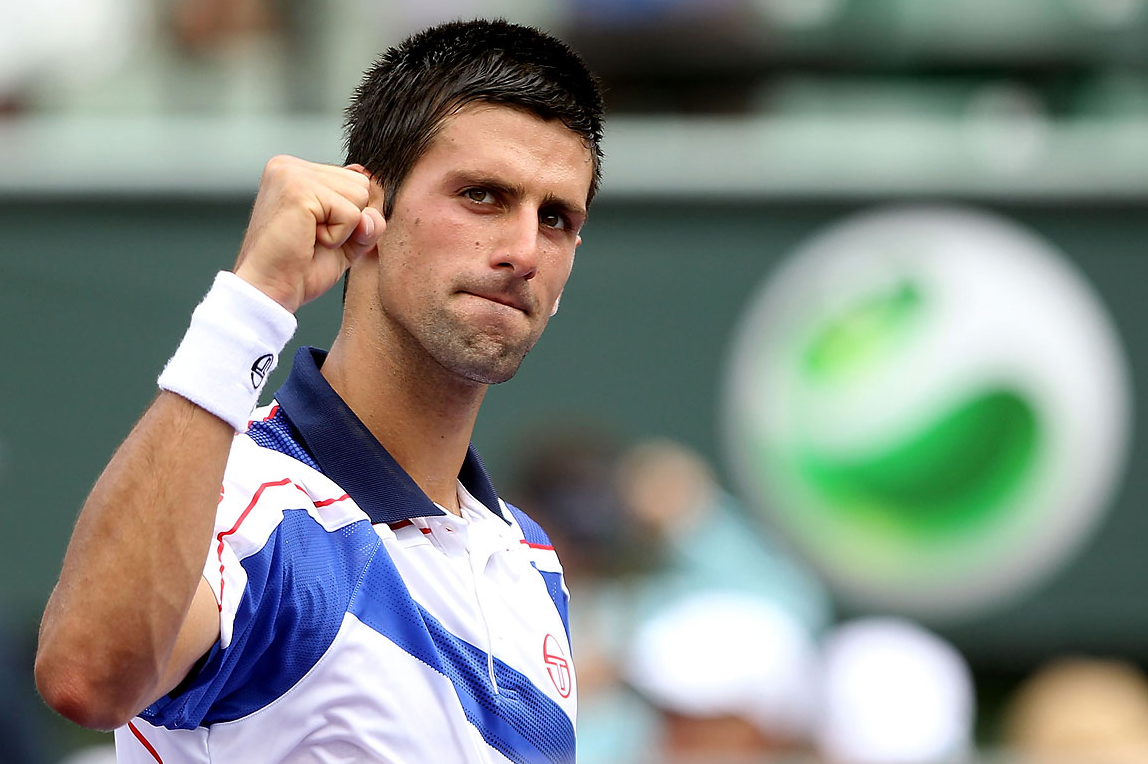 Kerber has the best two legs on tour right.

I would say out of those first three, Novak and Nalby are in tier of their own, and Murray in the next one.

Henman without any shadow of doubt

With a Federer option, of course, so he can win it by a landslide, as is right and proper.
Click to expand...

1. Nalbandian and 2. Safin, the most under-achieved 2 handed backhand in recent years.

Novak but another stunning guy wasn't mentioned enough in this thread...

ultradr said:
1. Nalbandian and 2. Safin, the most under-achieved 2 handed backhand in recent years.
Click to expand...

Safin, Nadal, Djokovic, Nalbandian...Alex Zverev has potential to make the list in the near future.

I like Murray's backhand but would I be biased as I'm a fan?

Not even a pure two-hander! More like a hybrid imo!

Lol. We joke now but I think his will be seen as top 5 all-time in a few years. It's a devastating shot that will only get better imo.

Is there any footage of Nalbandian's 110 MPH backhand shot? I wonder if that game was ever recorded and put online. I'd like to study his backhand, but the images from this site are missing. It's useless without them.

This analysis has pictures.

ultradr said:
1. Nalbandian and 2. Safin, the most under-achieved 2 handed backhand in recent years.
Click to expand...

How would those backhands have withstood the Nadalian onslaughts that Djokovic has successfully defended with his GOAT 2HBH?

Agassi's was the cleanest. Novak's isn't on that level, but his flexibility allows him to reach balls on that side that Andre could only dream of.

MeatTornado said:
Agassi's was the cleanest. Novak's isn't on that level, but his flexibility allows him to reach balls on that side that Andre could only dream of.
Click to expand...

Agassi had a really fast recovery on his backhand. He could return to a squared and balanced stance so quickly after the ball strike. Can someone explain it technically?
Last edited: Aug 29, 2017
D Evert not only did not get coached in how to hit one, she defied her coach every time she hit one, every time dear old Dad left the courts, she belted it. And now look at women's tennis.

Ahh the feds 2 hander. Think of all the majors he would have one if he’d only gone 2.

Zverev definitely on pace to have one of the best. It’s so effortless and while NDjo is steady Alex can put a dagger in you w his.
D

Nole, Murray, Nalbandian, Agassi and Safin (in no particular order).

Must be Djokovic. No-one was able to hit it so consistently DTL as Novak.

guitarra said:
Must be Djokovic. No-one was able to hit it so consistently DTL as Novak.
Click to expand...

The backhand DTL was amazing in 2011 especially

The placement, the pace, depth, variety, control, consistency, he can hit it early, change the direction masterfully, cross-court, down the line...

Yes, Borg's backhand is pure. He lets go with his left hand well after impact.