Sent from my iPhone using Tapatalk

Doctor/Lawyer Red Devil said:
But overhyping his talent is the only way to make Kyrgios look interesting in a positive way. Quite desperate though since very often he is just a servebotting brat.
Click to expand...

Exactly. When people have to take YouTube highlights to make you relevant & structure you as some kind of talent as opposed to your accomplishments, you know you are a first ballot scrub.

Rago said:
Kyrgios is a clown; he's always up to troll for an upset against a top guy but folds when he's the favorite or when it matters most.
Click to expand...

You're spot on in regards to upsets & folding, but, I still don't think it is because he is immature or a clown etc, I think that that may simply be the limit of his level. Not everyone can win a slam, it is next to impossible, even for godlike talents (Gonzalez never won one, Blake never did either) It's becoming clearer and clearer that Nicholas has some serious performance anxiety issues (no pun intended).

I knew he was going to lose in straight sets. Too much expectation from the media, too much internal pressure from being at wimbledon, and up against a top tier opponent who in no way was going to fold. I should have bet on it and made some easy money.

Before the match channel 7 filmed him joking around on the practice court, mucking around like pretending he was drunk etc. Even that was most likely acting for the camera, to signal to the media, and convince himself, that he was relaxed like an apex predator, when in realithy his insides were churning.

I hate to say it, but If he doesn't get a good coach, and a sports psychologist, then he is cooked. That's it. It'll just be wash-rinse-repeat in every tournament hereonout otherwise. And since he won't do either of those things, you can stick a fork in him.

I am more disappointed with Alexander Zverev tbh. Kyrgios' problems are pretty apparent and easy to get a grip on. Zverev though, I just don't get it. He should be cleaning up. I don't think he can even figure it out himself.

Probably just a coincidence, but it's funny how Zverev and Nick are coached by no-one or family, and both continually fail to live up to expectation.
F

Couldn't watch the match because of the bad scheduling, but surprising result.
Looks like Nick was half tanking.
His return level was pretty terrible, so he had no choice but to give up the set once he went down a break or two.

would still be his best run --- even if equal
plus he beat Kyrgios which is better than beating Groth/Benneteau/Kuznestov in Wim 16.

AiRFederer said:
Honestly wouldnt mind if Nick wins this tournament. I mean it
Click to expand...

Bad idea....and he screwed the pooch as usual....immature arrogant butt wipe who played no nonsense Nishi who showed why he beats him every time and is not cowed by Nick's B.S. flash....Why would you want this wanker to represent excellence in tennis is beyond me....

Does someone have a summary of what exactly was the issue with Kyrgios ? 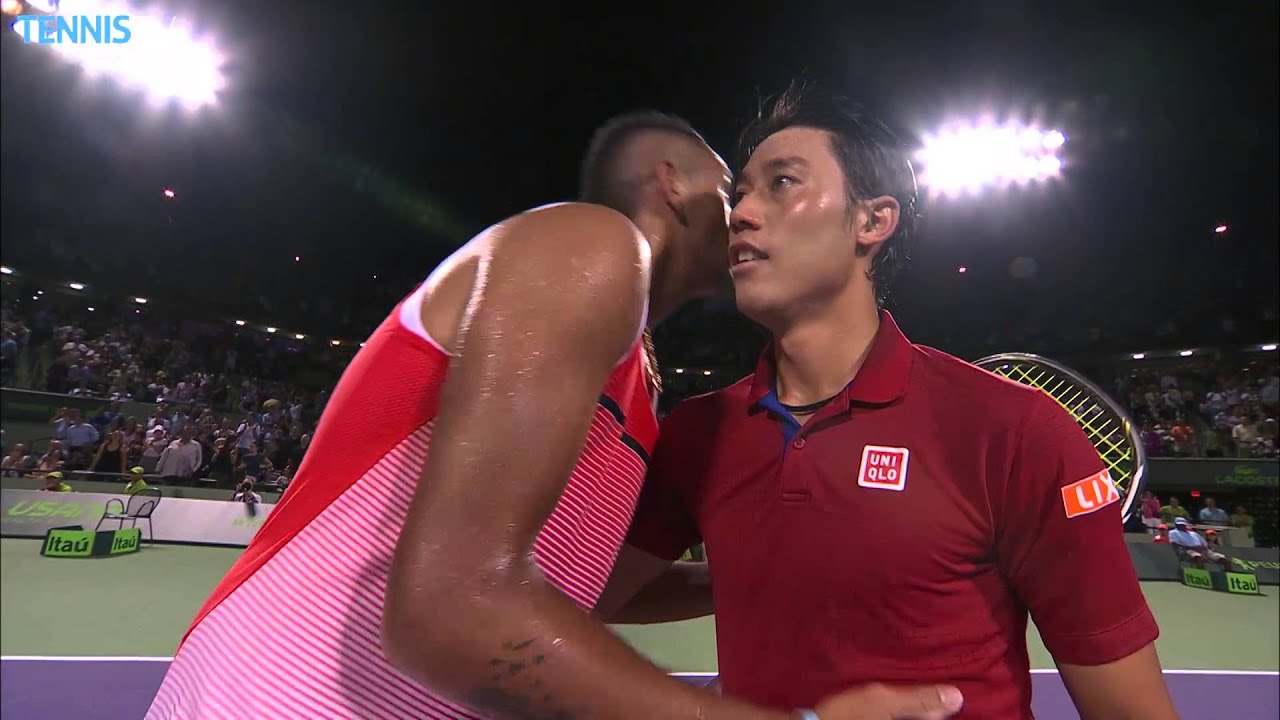 how did Kei beat Nick in this round ? is Nick that inconsistent ? does he not know this is the Biggest championships in the world ? Why did Kei spoil the possible champion ? Kei better win this Wimbledon ,, otherwise this win will be all for naught

Nostradamus said:
how did Kei beat Nick in this round ? is Nick that inconsistent ? does he not know this is the Biggest championships in the world ? Why did Kei spoil the possible champion ? Kei better win this Wimbledon ,, otherwise this win will be all for naught
Click to expand...