That’s the Way of the World was a 1975 album by the well-loved American band Earth, Wind & Fire.

Fire was a popular theme in the music of the late 60s, beginning with The Rolling Stones Play With Fire, followed by The Doors Light My Fire and then an often forgotten classic from English (glam before glam) rocker Arthur Brown, simply entitled Fire. 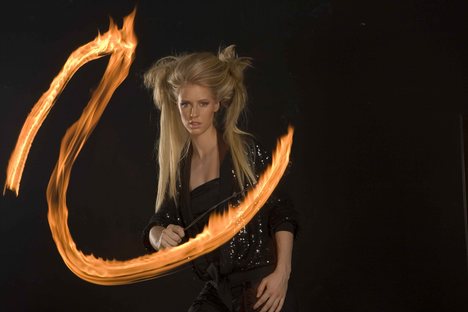 "Or is it, 'Double, double, toil and trouble;
Fire burn and cauldron bubble?'"

"I'm so mad at everyone who made fun of my serve that I can't remember the f*cking spell to cast on them!"

Them was the band Van Morrison fronted in the mid-60’s and succeeded with a phenomenal B-side tune to a single entitled Gloria.

"Gloria" was covered by a band fronted by another Morrison. 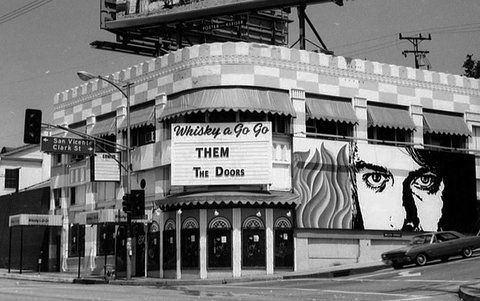 Morrison’s was a thriving chain of AYCE buffets but their demise coincided with the emigration from India of a portly fellow known for his outlandish color scheme tennis wardrobe. As has been stated by Buffy the Vampire Slayer, “I don’t believe in coincidences or fat Indian leprechauns.”

Leprechauns make me think of Gene Kelly and some movie he was in, of which I recall no details.

Rafa.the.Magnificent said:
Leprechauns make me think of Gene Kelly and some movie he was in, of which I recall no details.
Click to expand...

Details are sketchy from your memories but Gene Kelly did star in a fantastic story about a fabled village called Brigadoon in nearby Scotland. Leprechauns, however, were not part of the plot.

The plot escapes me but I simply remember a lot of silliness and a lot of greenery. Brigadoon is the likely culprit, thanks mate!

Rafa.the.Magnificent said:
The plot escapes me but I simply remember a lot of silliness and a lot of greenery. Brigadoon is the likely culprit, thanks mate!
Click to expand...

Knotted, preceded by Get, makes up my British friend’s favorite phrase!

Phraseology is an important consideration when maintaining a cover, as it can be a marker for region, educational level, occupation, and peer group idiosyncrasies.

Opening a can of brand new tennis balls results in a big whooshing sound.

A big whooshing sound made while within 50 yards and downwind of the Mira Mesa Manor might be a warning signal to don a protective breathing apparatus.

Apparatus chick is not a Soviet term for female gymnasts. An apparatchik is someone who served the Communist Party government or structures. 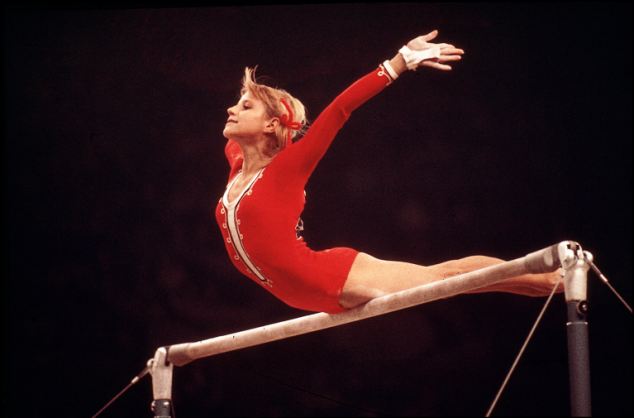 Progress is great to attain in one’s personal life, but expectations of perfection are wholly unrealistic.

Wholly unrealistic would be the appropriate grade for me to succeed at as an NFL gambler, especially if I had made a wager on tonight’s results in Los Angeles.

Los Angeles Tennis Center in Westwood is approximately a two hour drive to Mira Mesa if you speed a bit and there is no problem with traffic, which generally requires leaving before five in the morning or after nine at night. So if you're watching an ATP current or former pro practice in the morning or afternoon, and you can't stop thinking about the Maestro, you are likely looking at a 3-4+ hour drive to see the real thing. 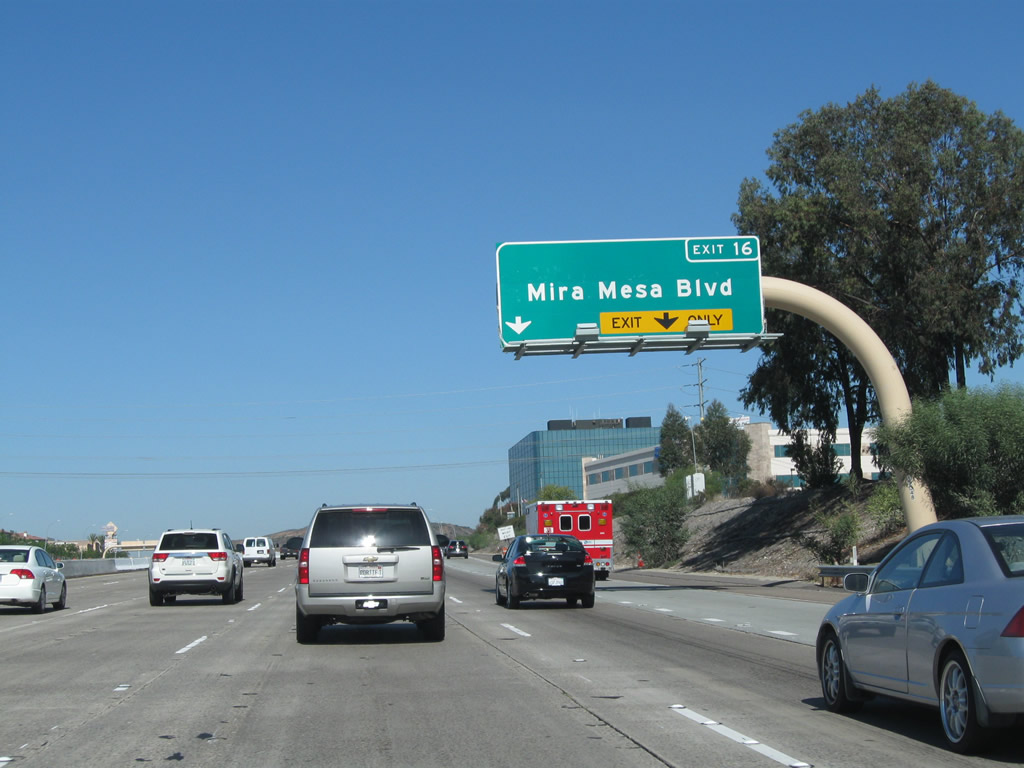 "Things go better with coke!" brings to mind a few well known people, but there's no reason to go there. 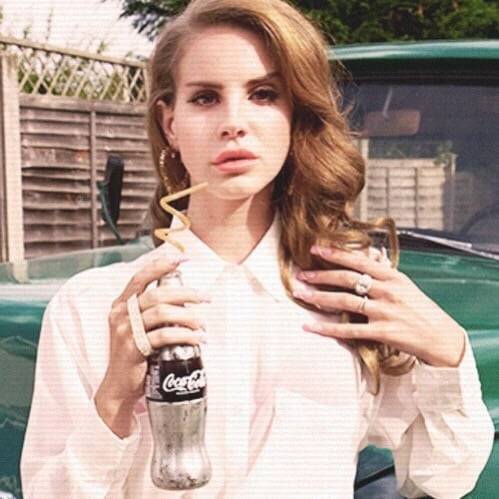 Stringertom hands his favorite crooner a wig and bottle of Mountain Dew.

Mountain Dew wasn't served at the court of Versailles in 1680 when at the time Louis XIV had 40 wig-makers designing his wigs.

Wigging out conjures up a person acting crazily, nonsensically, and in a completely unhinged way.

In a completely unhinged way, pedicabtom began to ride erratically when he pa.s.sed bye the al fresco AYCE buffet where the SDB was dining while listening to this performer butcher another song, this one about Beautiful People (with) Beautiful Problems:

The 50 Best Albums of 2019
The artists who ruled the year, starring FKA twigs, Bon Iver, Kim Gordon, DaBaby, and more


Polydor/Interscope
1. Lana Del Rey: Norman Fucking Rockwell!
After eight years, five albums, and complete political and cultural upheaval, Lana Del Rey has risen to her greatest musical heights. When she first crash-landed into the public consciousness in 2011, breathily cooing about video games and blue jeans, the artist formerly known as Lizzy Grant was engulfed in heated debates over her authenticity, whether or not she was in control of her creative output, and whether she deserved her success at all. (As if the Bowies and Madonnas of the world didn’t spend decades proving that an artist’s greatest triumphs can come from reinvention.) But she ignored the haters and plowed forward, steadily carving out her own dark corner of the pop landscape. Norman Fucking Rockwell! takes that journey one step further: It cements Del Rey as a newly emergent Great American Songwriter.

The elements of the Lana Del Rey Cinematic Universe, as established in the Born to Die era, have remained consistent throughout her discography: Lynchian dreamscapes of haunted prom queens and suburban ennui, meditations on the death of the American Dream, Old Hollywood glamour, the agony and ecstasy of bad men, references to classic rock and Comp Lit 101. On Norman ****ing Rockwell!, her songwriting at last goes toe-to-toe with the grandeur of her ideas. Her lyrics are dense poems destined for academic scrutiny, anchored by the kind of dry wit that could come as easily from the pen of Dorothy Parker as from a really good Instagram caption. Del Rey’s attitude towards destructive relationships take a refreshing turn, giving her more agency than ever before: “You’re fun and you’re wild/But you don’t know the half of the **** that you put me through/Your poetry’s bad and you blame the news,” she sings wearily on the title track. “’Cause you’re just a man/It’s just what you do.” (Because the reality of loving a fast-living, leather jacket-clad Romeo on a motorcycle is that you also have to deal with his ********.) Later, on “Venice Bitch,” she’s “fresh out of fucks forever,” like so many of us aspire to be. On “The Greatest,” she takes a widescreen look at our planet, sighing into the void as climate change brings about a hellish endless summer.

Del Rey’s melodies also find their ideal setting in producer Jack Antonoff’s airy Laurel Canyon psych-folk, where she follows in the lineage of Joni Mitchell and Carole King. Untethered from the electronic pop and hip-hop trappings of many of her previous songs, her vocals breathe deep and her melodies luxuriate. Nothing here aims anywhere near the top 40; to paraphrase Del Rey’s buddy Kacey Musgraves, she’s classic in the right way.

Norman Fucking Rockwell! is an album that arrived feeling like a greatest hits collection. Future generations will marvel that one album contained “Venice Bitch” and “Mariners Apartment Complex” and “hope is a dangerous thing for a woman like me to have - but i have it.” And they will scoff in disbelief that Lana Del Rey was once treated as anything but the poet laureate of a world on fire. –Amy Phillips
https://pitchfork.com/features/lists-and-guides/best-albums-2019/

A world on fire could describe my feelings when I read positive reviews and sales figures for a talentless hack singer now revered as a top performer.

Performing in the Olympics is every figure skater's dream, and the Ukrainian Oksana Baiul was one such participant in 1994 who went on to win the gold medal, narrowly edging out American skater Nancy Kerrigan, who that year took the silver.

Silver and gold are the two precious metals featured in the titles of Abbey Road songs by The Beatles...Maxwell’s Silver Hammer was one; can you remember the other?

stringertom said:
A world on fire could describe my feelings when I read positive reviews and sales figures for a talentless hack singer now revered as a top performer.
Click to expand...

I like her muse. In person and without make-up, she's a nice normal-looking person, but she likes constructing stage personas. When I learned about her teenage love of poetry and editing of found YouTube footage, she caught my interest.

Rafa.the.Magnificent said:
Performing in the Olympics is every figure skater's dream, and the Ukrainian Oksana Baiul was one such participant in 1994 who went on to win the gold medal, narrowly edging out American skater Nancy Kerrigan, who that year took the silver.
Click to expand...

I was for Oksana.

stringertom said:
Silver and gold are the two precious metals featured in the titles of Abbey Road songs by The Beatles...Maxwell’s Silver Hammer was one; can you remember the other?
Click to expand...

The other was Golden Slumbers.

Slumber parties for college co-eds used to fuel a teenagetom’s fantasies. He was not alone!:

"Alone Again (Naturally)” is a song by Gilbert O'Sullivan that was featured on his 1972 U.S. album Himself. He wrote and produced the song…himself.
The song topped the Billboard Hot 100 for four weeks in July of 1972 and again for two weeks in September of that same year. The lyrics to this song are quite moving.

The early 20th century was notable for the dramatic stock market crash.

Crash is the second of two movie scripts to earn Oscars in consecutive years for Paul Haggis. He also directed and produced the film. His multitasking skills may have been honed while collaborating with Clint Eastwood on the previous year’s Oscar worthy Million Dollar Baby.

Babylon Fading
Then we hear a whistle
Like a boson's pipe

“Fade to black” is a term used for the cinematic technique when a scene or a movie goes to a blank screen. It is also the name of at least two rock songs (Dire Straits and Metallica), a book and a movie.

Movie Magic Screenwriter and Final Draft are popular with screenwriters. 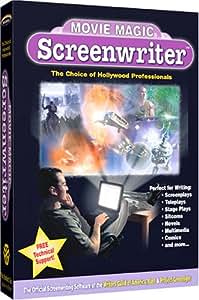 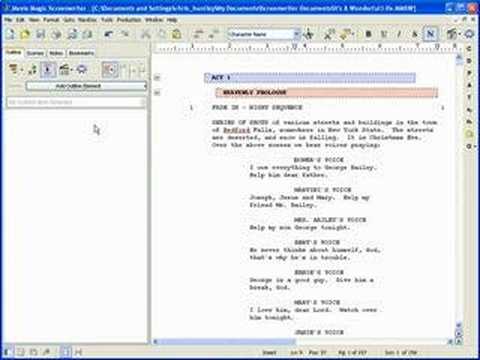 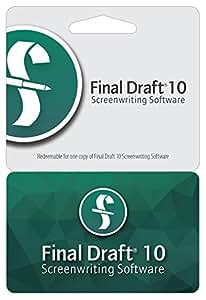 writertom drinks a cuppa Joe and consumes a Sabooshsian nugget or two to relieve writertom block.

Blockquotes are html elements used to indicate when a particular section of text is being taken from another website or other source.

Sources of sorcery may have been depleted soon after Sabooshs began playing tennis.

Tennis Channel plays almost continuously without sound on one of my televisions at home. It's similar to "The Wild One" playing on continuous loop at Mickey Rourke's long defunct Mickey & Joey's in Beverly Hills.

Beverly Hills figured in the titles of a franchise of movies, a satiric comedy movie treatment of life in SoCal and a weekly television teen drama.

Kunis knows a thing or two about spirits distilled in the state of Kentucky.

Kentucky is known for its rolling hills and beautiful scenery. Old Frankfort Pike is a scenic byway that is considered one of the 10 best scenic drives in the United States. It’s also nicknamed “Thoroughbred Alley” due to the abundance of horse farms around it.

It’s A Beautiful Day was the name of a San Francisco rock band formed in the late 60’s. Their biggest hit was a song called White Bird that featured a violin solo and a lead female vocalist.

Fish is featured on the menus of several top shelf restaurants nearby my work zone. You would have your choice of establishments that include Oceanaire Seafood Room, Fish Bones, Eddie V’s, Bonefish and Moonfish. Bring your padded wallet but the eating is very tasty.
You must log in or register to reply here.
Share:
Facebook Twitter Reddit Pinterest Tumblr WhatsApp Email Link
Top