The Last Samurai piece sounds similar to Pirates of the Caribbean.

Doing That Thing You Do!

Have to add...Ferris Bueller’s Day Off...never officially released, but a stellar soundtrack of the 1980s...real 80’s music not the top 40 hits

Many come to mind

And I know that I am forgetting many others.
D

Love Letter (1995)
The soundtrack is hauntingly beautiful. This is the opening scene.
S

My favourites in no particular order except probably the Godfather which stands out.

The Godfather Part I & II, Nino Rota.
The Hateful Eight, Ennio Morricone.
Schindler's List(just because of that one theme), John Williams.
The Dark Knight, Hans Zimmer.
Into the Wild, Eddie Vedder.
There Will be Blood, Jonny Greenwood.
Interstellar, Hans Zimmer.
8 Mile, Eminem.
Dunkirk, Hans Zimmer.
Some of those Harry Potter Soundtracks were great too.
1917, Thomas Newman if not for the whole soundtrack but definitely for this theme.

I have not even watched the last of the mohicans
but the soundtrack is awesome.

The Lion King's " Can you feel the love tonight?"


But if I have to choose only one, it has to be The Little Mermaid's " Kiss the girl"

gn said:
Feel free to share your favorite movie soundtracks or the one you are listening to right now.

I will start with mine.
A New Beginning - Harry Potter and the Deathly Hallows Part II
Click to expand...

I’m going to cheat and say almost the entirety of the Lord of The Rings trilogy from 2001-2003. I think the opening track, Concerning Hobbits, is extremely underrated.
R

i am sam soundtrack

If you are a fan of 80's movies, Flashdance is pretty darn good.

I remember, at the time, liking the soundtrack to The Edge of Seventeen- low budget teen film.

MichaelNadal said:
I like the music from Order of the Pheonix and Azkaban most I think
Click to expand...

Couple of my favorites.

One of mine is the soundtrack from Out of Africa.

I think this might be the 1st rap in a musical movie!

Original song from The ”Big Broadcast Of 1938”
Song is an Academy Award Winner 1938.
The is Bob Hopes theme song too! When every he is introduced, this song starts to play.

Frank Sinatra version in 1948! Another big hit for Sinatra!

There's only one possibility:
Rock and Roll High School!

From The Black Panther

From Gentleman Prefer Blondes 1953 - Diamonds are a girl’s best friend!

Dei, Dolgo, your videos are unavailable da. I read somewhere that he was ranked No.9 among film composers of all time.
I also read on the Internet that many composers these days are ripping off music internally and externally in the name of sampling.

The Dark Phoenix movie was panned by critics.
But this track is amazing.

gn said:
Dei, Dolgo, your videos are unavailable da. I read somewhere that he was ranked No.9 among film composers of all time.
I also read on the Internet that many composers these days are ripping off music internally and externally in the name of sampling.
Click to expand...

Yeah, unfortunately, that channel - Navin Mozart - was deleted by mottai's team. Most of them are gone. And while some have been reuploaded, I shudder to post them anywhere lest one of Raja's spies delete it.

That web article which ranked him at no. 9 was rather spurious giving a suspiciously high ranking to Alan Menken. I'd say he'd rank just below the elite rung of Goldsmith/Williams/Morricone/Mancini who likely all influenced him. Maybe I'd rank Silvestri above too. That is, when it comes to just background score. If you combine both background score and songs, nobody can match Raja.
M

O Lucky Man! with all songs by Alan Price, keyboardist of the Animals.

Speaking of who, I fast-forwarded thru Gone with the Wind the other day to see what the TCM hosts would say about its racist baggage for its Reframed series... and Steiner's iconic "Tara's Theme" sounded as glorious as ever:


There's not a single cinephile alive whose heart fails to be stirred upon seeing that famous title sequence accompanied by the equally famous score, regardless of how they may feel about the film itself. Movie soundtracks simply don't get more classic than this.

Now some not-so-famous/overlooked ones, though I've given them all a shout-out before, starting with a neglected gem by another Hollywood (musical) royalty:


NonP said:
*You might be surprised to see A.I. included in there, but I do think it's JW's most underrated score, much like the film itself though that's thankfully beginning to change. Take the much-maligned ending which struck many viewers, including yours truly at first, as cloyingly sentimental (alas I can't find a single clip on YT - looks like they've been taking it down as soon as it's uploaded), but as James Naremore has suggested in his book On Kubrick the viewer here isn't just weeping for the death of David's "mother," but also possibly that of humanity, photography and cinema itself. And as Spielberg himself has pointed out that wasn't Spielbergian mush wreaking its usual havoc but in fact Kubrick's own vision:


It's a deeply fatalistic vision, but one which I think has more to say about our current times than any other 21st-century cinema so far as the digital seems to take over the human and we're increasingly programmed to behave in certain ways dictated by our so-called identity which we may or may not adopt of our own accord.

And it wouldn't be able to exert its full power without Williams' suitably lavish score. Here's "The Reunion" which of course accompanies David's final day with his real/imagined mother:

It's a scandal YT doesn't seem to have a single clip of the heartrending ending to A.I. Even though several old snippets from the movie are still up I can't imagine there's been a complete lack of interest in the (widely misunderstood) finale, so I can only blame Warner for its own lack of foresight.


NonP said:
Since we're winding down let's end on a note of rejuvenation for the categories that need it most. I'm talking, of course, about Original Score and Original Song, both of which the majority of pundits seem to agree were particularly weak this year.

I've already named what should've won the latter category with updated criteria, an originally utopian counterculture anthem that's repurposed from the ground up into a defiantly clear-eyed lament for displaced (black) communities. Here it is (again), embedded this time:


No other single piece of music I heard in a movie theater last year came even close to leaving such a mark on the audience, but what about for a whole movie? While I still think The Last Black Man in San Francisco boasts a fantastic score which would've been a worthier winner than any of the actual nominees this is again where we need to break free of our rigidly circumscribed notion of what counts as "original" film music. Or to paraphrase Duke, if it sounds like film music, it is film music, lack of orchestra be damned. And in that spirit I now present the new best "Original Score," for Kirill Serebrennikov's exhilarating samizdat-bacchanale Leto (Summer):


For the record I still wish Serebrennikov had turned his film into a no-holds-barred middle finger at systems of oppression everywhere, but what we still have, for all its tentative yearning, is such an exuberant celebration of life it feels almost churlish to complain. So do check out the complete soundtrack, but don't forget about the film and especially its musical fantasy interludes that like its "San Francisco" counterpart transform the stodgy and familiar into the fresh and adventurous as the best film music should.
Click to expand...

If a soundtrack is to be judged by how it not only enhances the film but forms an indispensable part of the overall architecture then all of the above pass the test with flying colors (or is that sounds?). And the latter two show that it doesn't have to take a blockbuster budget to produce a first-rate OST. Here's hoping budding filmmakers take notice.
B

The Edge of Seventeen 2016- great songs that work within the context of the movie.

The movie was based on a novel by Anita Loos- James Joyce considered it one of his favorite books.
Imagine that.
Last edited: Apr 7, 2021
M

John Barry is underrated. Not all of these are great films(or even good ones), but the scores are:
Midnight Cowboy
Body Heat
Dances With Wolves
Out of Africa
Indecent Proposal
King Kong
and of course great work on many Bond films - Moonraker, Octopussy, A View to a Kill, The Living Daylights, On Her Majesty's Secret Service, You Only Live Twice

In the Mood for Love

Promising Young Woman had a well integrated soundtrack and some interesting song choices. This article discusses many of those choices: 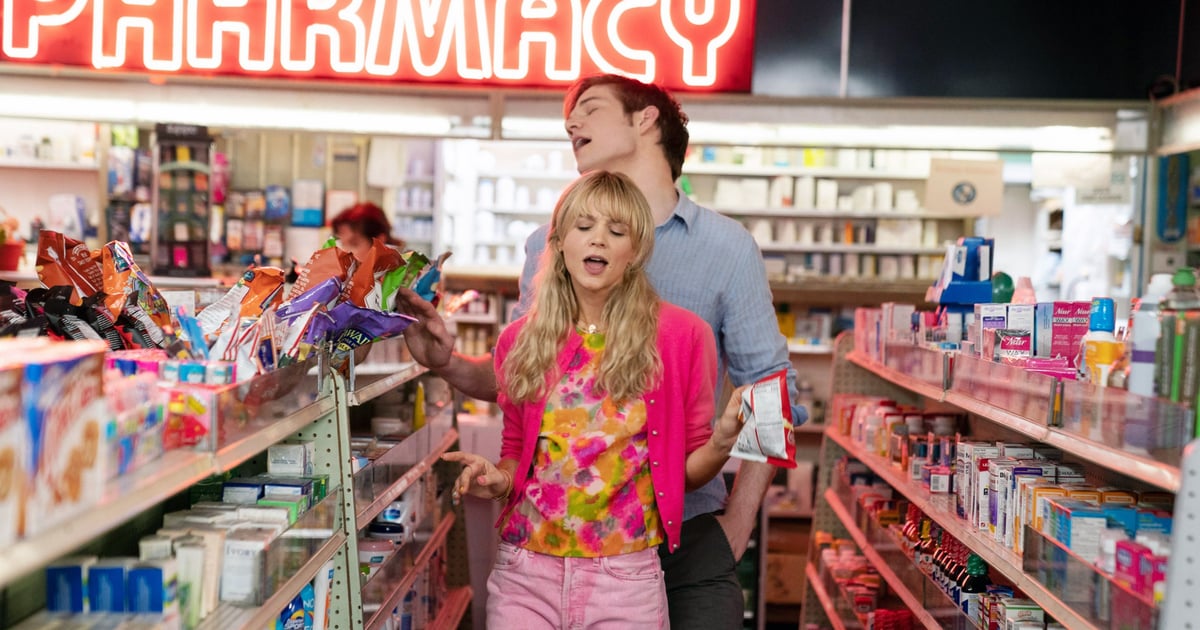 So You're Still Thinking About Promising Young Woman's Soundtrack? This Might Be Why